Hi, is it possible to have a very precise (and clear) guide (not this current can of worms) to install correctly the plugin-toolchain in Linux VM machine (Ubuntu 22.04.1 LTS running into VMware 16 Player, Windows 10 as host).

Be sure it will be appreciated. Thanks in advance.

what is the issue? I have used it just fine on the very same software stack you mention. I didn’t do the docker version, just the linux install.

I’m tearing my hair out since many days, tests, fails, restore VM…

Not sure what that second link is you post, all you need to know is in the first link. What is so difficult about Obtain MacOSX11.1.sdk.tar.xz? Is it that you don’t have it? I guess you are not an owner of a Mac (like me) and don’t have it? I know you can download them from the internet (although that might be illegal). So it is easy and I think very clear documented, only thing is if you are allowed to do it if you are not a registered Mac user/developer.

Thanks Robert, have found one (from another GitHub) but not sure (this file is “small” - 47MB - so I ignore if normal or abnormal): 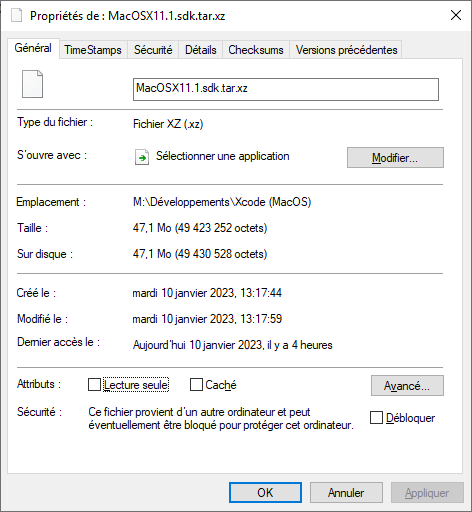 The instructions are quite clear for getting the mac sdk:

“Obtain MacOSX11.1.sdk.tar.xz using the instructions at GitHub - tpoechtrager/osxcross: Mac OS X cross toolchain for Linux, FreeBSD, OpenBSD and Android (Termux), and place it in the root of this repository. You must have access to a Mac with Xcode 12.4 to generate this SDK package. You must use this specific SDK version to build the toolchains.”

It is free, at least it was when I got it. I don’t have a personal mac, so I borrowed my wife’s and used it to harvest the sdk, as per the instructions.

You can easily download any version of Xcode from apple, so I got the required version.

I don’t have Mac too. Only Windows 10 PC, and VMware 16 Player running Ubuntu…

When I download Xcode from Apple Developer website, I get a .xip file, unusable as is. I’ve found a MacOSX11.1.sdk.tar.xz (47MB) file elsewhere (from another GitHub, this: phracker/MacOSX-SDKs) but I don’t know if I can use it (compatible), or not.

I waste a lot of time to test, and restore Ubuntu VM on every fail…

I don’t want to install/use Docker.

EDIT: doesn’t work, have errors (most related to arm64/arm64e), can’t compile any plugin. 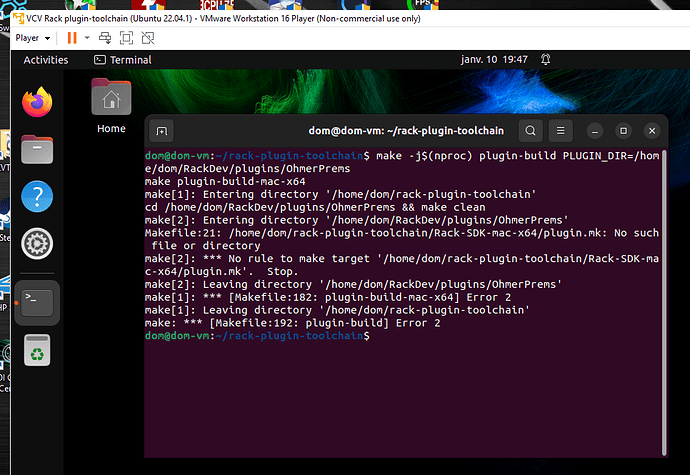 Is your goal to build a toolchain or use it? If you just want to use it qno has a public docker image you can use for win/lin. We use it in our ci but also use it interactively. Here’s a little script with pretty obvious arguments that gives me a shell in the toolchain docker image with things mounted

You have to do the docker get of the image and stuff ahead of time too of course.

Hi Paul, and thanks!

My goal is to build mine plugins (OhmerPrems in particular, as closed source) for all platforms (Win, Lin, Mac and Arm64), from my Windows machine (or Linux Ubuntu but inside VMware virtual machine).

And in fact you can just build without the toolchain and it works fine for testing (but has some edge cases for distribution especially on Linux).

GitHub user, you don’t have to pay, you can use a private repo and a free account and still build all platforms using actions, you just have to be more strategic with when you kick off a new build action (so that you dont use up all your free action minutes by building every commit). This is how I build my plugins for testing before library submission,

Oh I did not know that. Thanks!