Mutable Instruments: No new modules and production shutting down 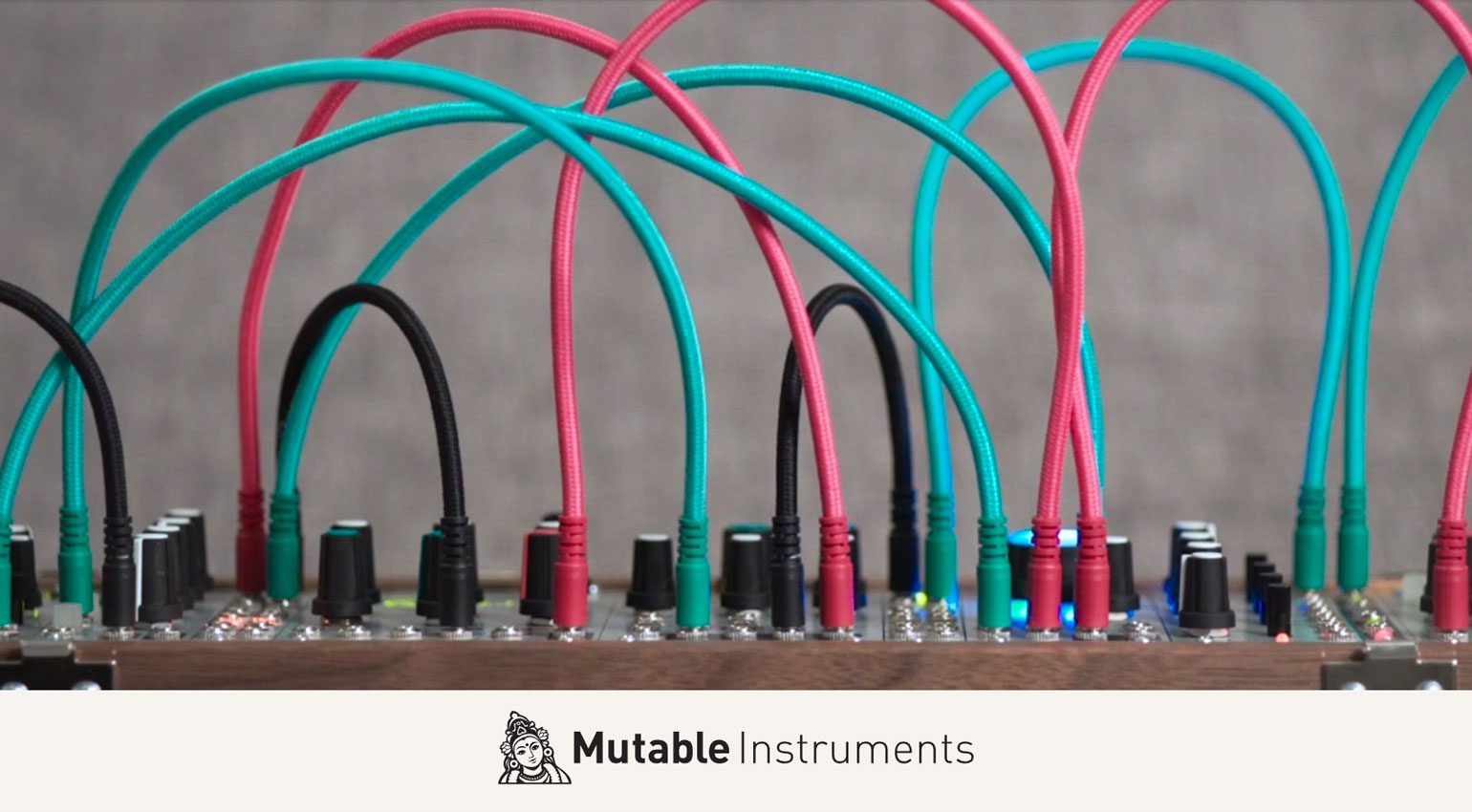 Mutable Instruments: No new modules and production shutting down - gearnews.com

According to posts on the Mutable Instruments forum from founder Émilie Gillet, there will be no new module designs and production is coming to a halt

More Mutable Instruments modules for us in the future?

I hope so. I only got my first modular hardware very recently and have been trying as much as possible to use analogue in the modular with digital in VCV using modules from the likes of Expert Sleepers and Mutant Brain to take care of intercommunication.

Beads in particular sounds great so I hope there’s a software version eventually.

I must have dreamt this at some point because I could have sworn this was announced a long time ago around the time Beads came out. For some reason I thought even when it launched, it was widely known that Beads was the last module MI would design.

Yeah, the Gear News article linked above says this is not the first such announcement.

I hope Émilie is doing well and this is a conscious choice and not one forced by external pressures.

I broke down and bought the last Rings at Schneidersladen (+ some more cables). It was already sold out at Thomann and many other places it seems and I just love Rings too much right from the start with Rack, so wanted to get the original whilst there was a last chance. So it’s gonna arrive to reboot my Eurorack playing which has been kind of dormant for a while

Edit: Turns out I was wrong and was confused by their UI. There’s still more in stock at Schneidersladen. Go grab 'em guys

bought the last Rings at Schneidersladen

I’m really going to miss Mutable Instruments from the eurorack scene. Such high quality modules, service and attitude. Always going the extra mile. Innovative and brilliant. Thanks for all the years, products, spirit and service Émilie! 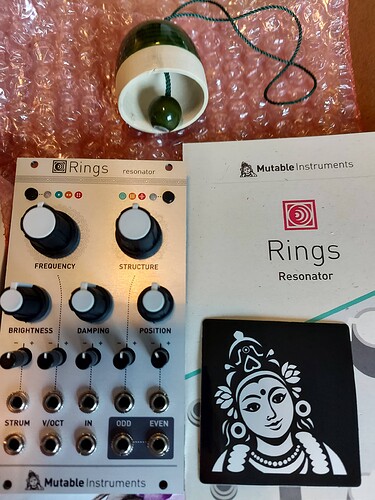 I’m totally with you Lars, I’ll miss them too,
I got Beads and a used Plaits in my Eurorack,
I still would like to add Rings and Stages. Maybe I can get these used.

I have Elements, Edges, Yarns, Braids, Clouds and Warps in their own 2 row Eurorack enclosure. They are definitely in a class of their own and now become classics.

Much as I appreciate the innovation I’ve only a Rings clone because it takes up significantly less width than the MI unit and I’d probably only buy clones because with MI closing there’d be no guarantee of support going forwards.

I still would like to add Rings and Stages

Yeah, let’s see - I now have Rings, Plaits, Ripples and Stages in my eurorack. There’s quite a few more of them I’d like to have if I had the space, such as Marbles, Clouds, Tides, Warps and maybe Peaks.

no guarantee of support going forwards

I do believe Émilie said she’d continue to provide support. For how long of course is anyone’s guess, but that kinda goes for all businesses. I’ll refer you to this from today: 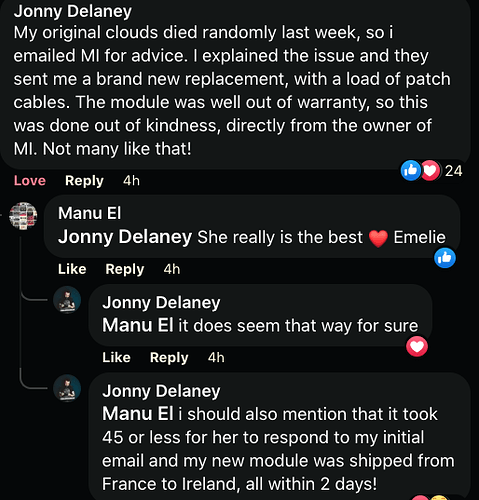