i have 64 DC coupled outs (RME Madiface) but can only work with one “audio 16” at the same time.
is there a workaround? im on mac mojave.

Maybe if you ask Steve Baker nicely!
I don’t think he is here in the forum, so you will have to find him in the FB group.

Trying and failing to think of a scenario where I’d need more than 16 outputs from a VCVRack patch. If you’re doing anything non-trivial, generating even 8 stereo pairs or 16 mono audio streams is already asking a lot from a computer…

For example, ports of the Audio module are also used for CV out when using Expert Sleepers ES-3. This occupies 8 channels even when not all of them are used.
I don’t need Audio-32 or Audio-64, but direct assignable channels to the ports would be nice, somehow like in the Host module with VST parameters.

I have the same problem. I still think it is a bug in VCV, but Andrew closed the issue:

Regarding more than 4 cables: I needed 32 channels. Ok, was just for testing, because I was helping with the FPGA programming for integrating Dante in an embedded device, and I could workaround it by switching the lower and upper 16 channels, but there might be applications which really needs it. For example with DC coupled outputs, I could imagine controlling 32 CV inputs of a physical rack, much faster and more accurate than MIDI could do it.
Eurikon (Latif) June 24, 2019, 8:04pm #7

Just cause you don’t need it , or don’t see the use case for it, doesn’t mean that the need for it doesn’t exist.
Same was said about audio 16 before it was created/hacked by Steve.
Only after that became how evident the need for it is.

For example a use case:
There are people that mix hardware and software configuration, and actually do need those channels.
Say you have 16 for CV how crazy as that may sound, and 16 for audio and fx routings through hardware.

But if you ask me i am actually more interested in user configurable ASIO panel, just as in any other daw. That will allow access to the full range of ASIO channels, with check marks to assign them. 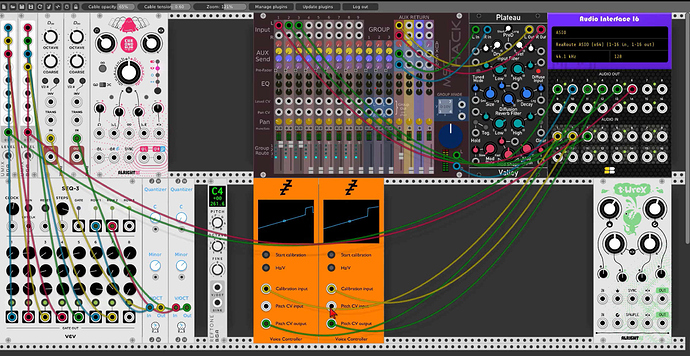 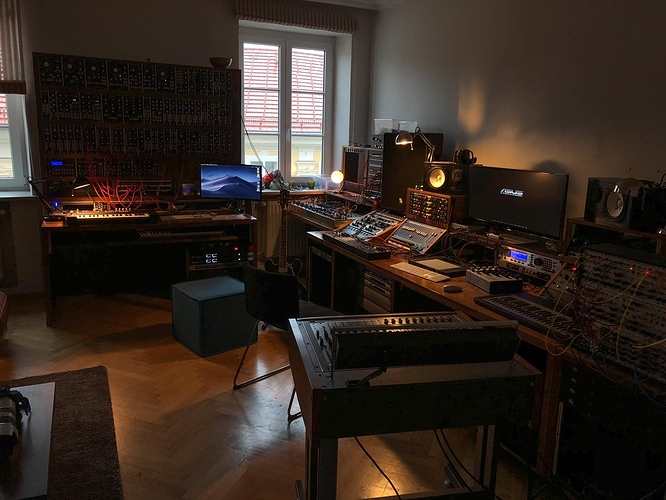 No need for paying, maybe some commissioned VCV product photography in front of that 5U…

Same was said about audio 16 before it was created/hacked by Steve.
Only after that became how evident the need for it is.

I now realize that following his suggestion was a bad idea. I should have added support in Rack’s audio driver to allow combining similar audio devices.
But since we have AUDIO-16, we might as well keep it, even if this feature is added.

you can have any photo you want, when giving me more inputs!!!
… i have at least 64 CV outs on the MADIface and a second device inside with 64 more ADAT’s - theses goes to 4 ES-3’s.

VCV is really great in its possibilities … only this little bottleneck with the outputs limit. …

I did a quick hack, it is easy to create an Audio 32 or Audio 64 instrument:

changed 5 files with 652 additions and 1 deletions.

When using it, CPU usage on my Surface Pro was about 30% with this test patch: 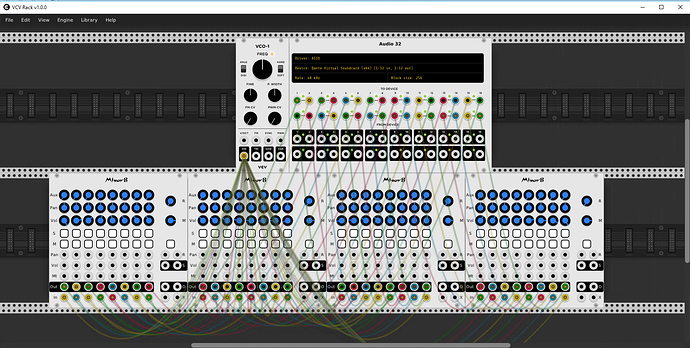 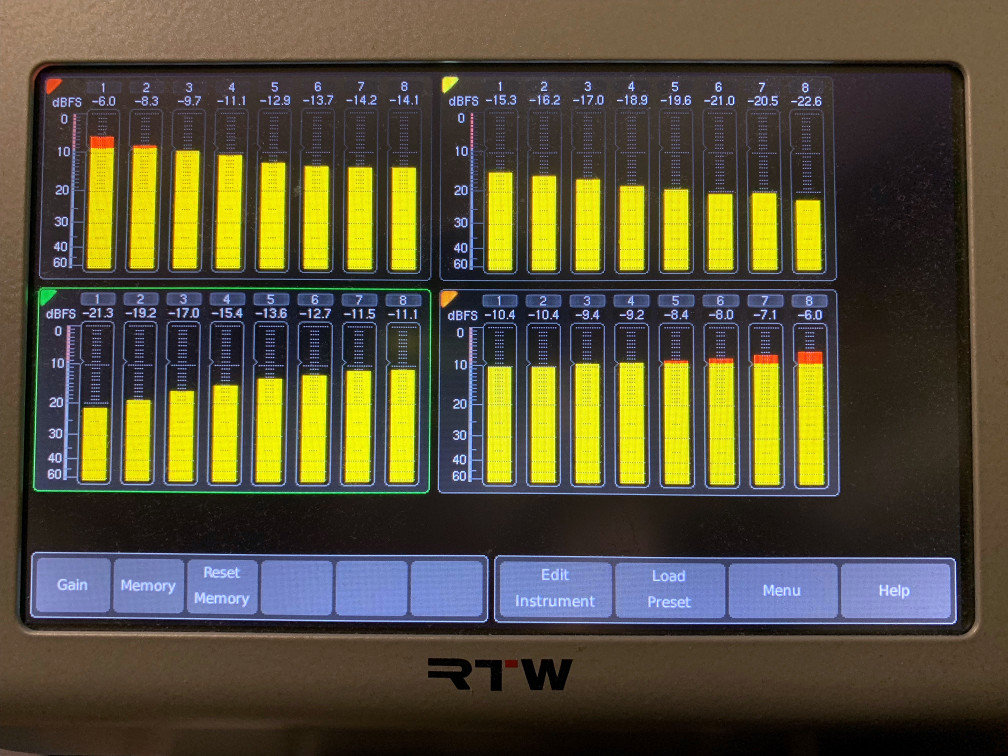 You should‘t use the original panel. It is created by Grayscale and its license doesn’t allow modified adaptions.

And if you aggregate audio devices to get round the multiple devices limitation, you quickly run out of ins/outs. My regular interface is 10 in and 14 out and the ES-8 is 12 in and 16 out making a total of 22 in and 30 out if aggregated.

It’s not that you necessarily need to use them all at the same time, but as there is no way of choosing the ins and outs in an aggregated device, or defining the order they present themselves in, you might want to be using say outs 29/30 even if you are not using 3-14 for example.

One of Rack’s stated aims is to integrate into existing professional workflows, and I think probably most important part of being able to do that is removing any limitations to ins and outs.

The ideal audio module for me would start at say 16 in/outs and then being able to select say 24, 32, 48, 64 channels in the context menu and it would dynamically expand as required (pushing other modules to the right if it needs the space).

You are right, and you might have noticed that I removed the VCV logo, so that there is not the impression that it is endorsed by Andrew or Grayscale. And I wouldn’t publish any plugin or my modified version of VCV Rack with the panel. But I just asked Grayscale if he allows that I provide a download link for testing.

I think this is only a temporary solution anyway. Would be much better if I could just choose the number of channels in a menu of the module and then it would adjust the size accordingly, and generate the new panel graphics by code. Or maybe this would be a good application for the new extension mechanism. There would be a 8 channel base module, and then you could add additional 8 channel extension modules, which would automatically adjust the channel numbers.

I responded to the panel questions by email but just wanted to add that making Audio modules chainable through the new expander module mechanism seems like a good solution that would cover all use cases and avoid maintaining so many different versions of the Audio interface module.

I created a feature request on GitHub some weeks ago asking for an expander for the Audio-module, but Andrew declined it.