OK @Mog you sneaky person. It occurred to me that you can go freaking ape-sh*t with Mog Network. You can load more than one MOG Network, and interpatch them to get insanely complex sequences that are nonetheless deterministic.

I wanted to drive one synth voice polyphonically combining the 2 Network’s note outputs, and surprisingly no one has made a merger for polyphonic signals that works yet, So I brute-forced it, using VCV Split and Merge modules, so that I could combine the two poly signals. 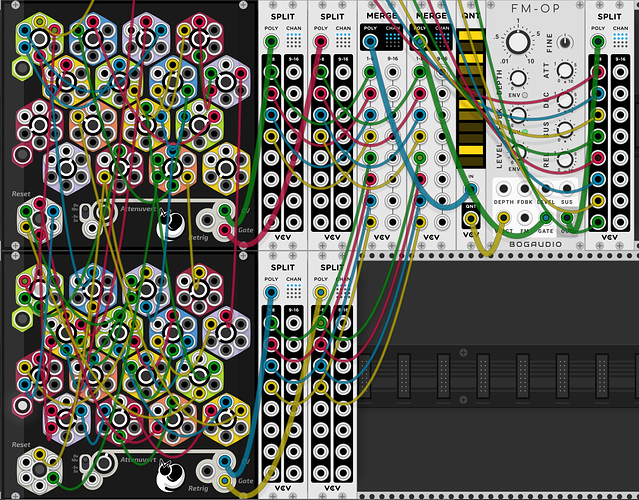 Nice synth. I think you and I were banging around on Network about the same today. I started to catch up with Omri’s livestream, but had to pause it to fetch and learn the module. A few hours later, I posted: https://patchstorage.com/mog-fun/ .

Wire eveything to everything, and play with CTRL-R/Attenuvertor/Row mutes for polyphonic fun, fun, fun!

ML Modules Sum merges poly cables correctly. I use it in my 16-voice 3VCO/3VCF poly synth. Note, not the MK2 version with polarity switches - last time I tried, I had problems with the MK2. 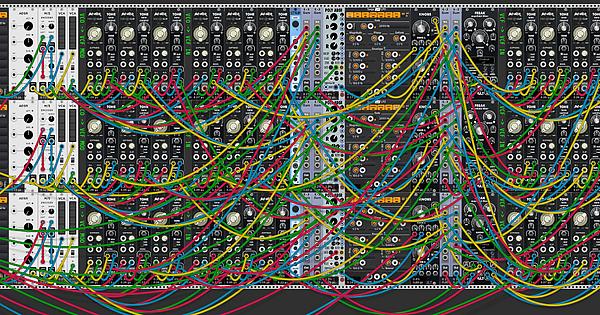