it is a kindof midi cc explorer/ editor?

I have no idea if this is feasible, but I would love to see a hardware port of an old outboard FX unit called the Lexicon Vortex. I still have one of these in the loft, it dates back to the mid-90’s and I’m surprised they never became more popular. Basically, it did fairly standard effects like a resonator/ring mod, and various delay based flange/chorus type modulation. The killer feature was ‘morphing’ between presets. You could change between two versions of the same effect for something basic like speeding up a rotary speaker effect, or morph from one effect into a completely different one, making completely new effects in between: “Morphing is a complete parametric and algorithmic restructuring of two independent effects, rather than a simple crossfade and you can morph between any two effects you have created.” It wouldn’t need too many controls, because the whole point was to morph between two sets of pre-configured parameters and if you were modulating them already by CV it wouldn’t work in the same way. The ‘B’ presets were supposed to be more extreme. The original just had wet/dry and input gain knobs, stereo in/outs and a rotary selector with 16 presets. Which patch you morphed to was stored as part of the preset, and there was an A/B footswitch input which you would replicate with a CV trigger. The morph time was stored as part of the preset, and went up to 30 seconds. That could be CV controlled, and you would also need some way editing the presets and which one you morph to. There weren’t many parameters on the original, so maybe split the panel in two sections, A and B. Four parameter knobs on each side, and maybe eight buttons in each section, controlling which effect is active on either side of the A/B ‘morph’.

I know very little about DSP, but if something like Clouds has been done then this should be possible in theory? Although with Lexicon being a big corporation and the algorithms being proprietary…I don’t know. Article if you’re interested: 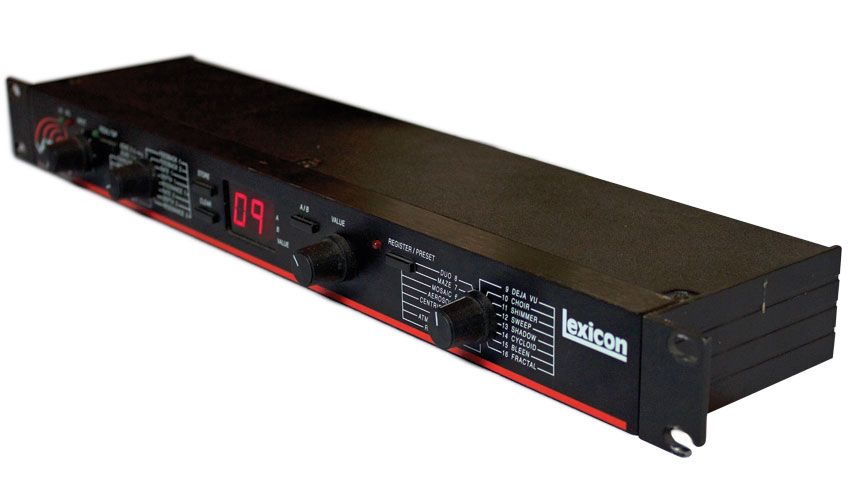 Blast from the past: Lexicon Vortex

Once upon a time, the legendary Lexicon took a chance on a clever cut-price - and thoroughly inspiring - effects processor

Yes, Andrew, I suppose that would be a way of looking at it. However one module would take up less space, involve less setup and be an elegant solution now that control devices are offering more ‘knobs’. It occurred to me given that there has been talk in the various VCV forums of building racks that emulate specific hardware. Just a thought, but I do acknowledge that there are ways of doing this with existing modules.

Oh yes, I forgot to say; Presets would be a useful addition to the existing VCV module

Thank you Andrew. That will certainly be useful for consistent hardware use.

Modules idea: if anyone wants to do It I would be happy to make a proper gui for this one, it needs a lot of works. Grayscale library is just used as a proof of concept, it would have its own components.

This is a concept, too large to fit a module at this point but I think it’s doable

I a few words: 3 CV channels using multiplication of the values of 3 sequences of 4 steps. Two directional clocks for each sequence, Lots of end-of-sequence trig output to feed the clocks

They emit a trigger at each end of the sequence, each time they are hit by the play head, they are end of sequence trig out, made to be fed back in the numerous clock inputs

The clock maker section (down right)

Bunch of gate combiners, 2/1 switches and ½ switches, made to be fed by the E.O.Seq outputs and to make complex gate sequence to feed the clock inputs

Anyone interested to work on this one? I would be happy to make the GUI. If you have an existing collection we can use adapt teh design to your graphic elements or we can make some new one, as you prefer. It would be a free module. 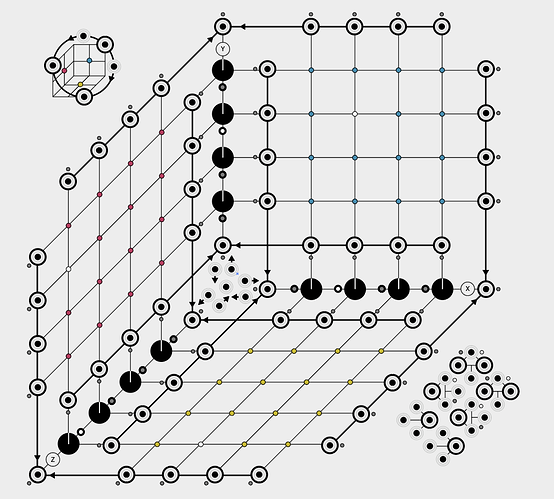 This version probably makes more sense: 3 surfaces, each time the play head hits an edge and reaper on the otherside, a trigger is emmited though the hit point and can be send to a clock 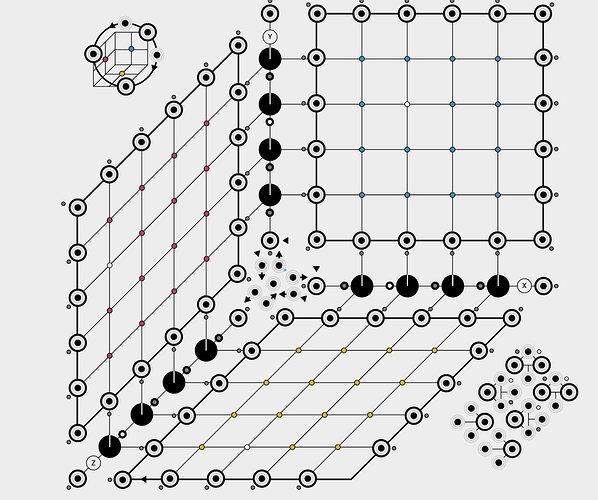 A post was merged into an existing topic: Morphing Effects Processor module idea

A module that takes a poly input, sorts the values from high to low and routes the signals to the poly channels accordingly. So the polyphonic channel that has the highest note routes to channel 1, next to channel 2, etc.

Would be great for using poly sequencers and process the higher notes differently to the lower notes etc.

Ah, amazing! That’s exactly what I was looking for.

Do they re-sort as new notes come in? Always thought that would sound terrible (having a playing note switch to a different channel. That’s why never implemented it in Seq++.

Do they re-sort as new notes come in?

Yes, it can even operate at audio rates, try sorting oscillators, it’s fun (as in, it sounds horrible with lots of DC offset most of the time).

But you can use the link feature of the larger modules with a polyphonic sample and hold to sort only when you want.

Eventually I plan to complete this series of module with an utility that specifically does that, and a few other features such as rotating and randomizing channels.

A Bode Frequency Shifter. I am surprised that I couldn’t find one in VCV Rack when I went to look for one. I first encountered a software version in the Nord G2. Sean Costello has a nice write up here about his development of a Frequency Shifter in Reaktor and CSound https://valhalladsp.com/2009/05/18/frequency-shifting-10-years-later/

There are two. Ours is called “Booty Shifter” has as UI based on the Bode, and has been around for maybe 1.5 years. Now there is a really nice one from Surge, also.

We were kind of surprised also that for so long we were the only one.

Here’s the manual for ours: https://github.com/squinkylabs/SquinkyVCV/blob/master/docs/shifter.md

Thanks, I’ll try them both out tomorrow! I scrolled right past Booty Shifter, thinking it was for transposing CV… Should I delete my post?

There’s nothing wrong with your post. And it’s free advertising for me

I made my first freq shifter in 1997, and booty shifter was my first VCV module.