@SuperMuppet - This is a bit off-topic, but I could not help but wonder: What was your camera mounted on for Parts 4, 5, and 6?

It was moving around a bit, sorta’ tracking you, but did not look like it was fastened to the guitar headstock nor the chair.

Nope, those videos were just a GoPro into OBS, clamped on to the headstock! I think it just moves around a bit as you play, and the neck of the guitar moves so the camera angle moves with it. The first videos I made during lockdown used two cameras so I could show a pedal board, and the loops being triggered etc, but I decided it was too much effort because the editing was taking too long. I’ve got a lot quicker in Resolve now, and also got the new GoPro 11 so I could always mount the old one on the guitar and use the 11 for a different camera angle. It’s all a question of spare time really…

Also, thanks for watching!

Lovely. This inspired me to update my Pigments from version 3.7 to 4.0 ,

Thanks, it’s a nice update! Also it’s the only soft synth I’ve bought apart from VCV Pro, but it’s so flexible I can’t really justify buying anything else. I mainly resample bits of VCV patches and load them into the granular engine, it’s so easy to make really lush pads. With the new convolution reverb too I’ve got almost infinite sound design. Now I just need some spare time to make more music!

Here’s another one, using polyphonically modulated filters which I thought sounded like the sea! Possibly of limited use, I just enjoy this kind of sound design. The issue I have is spending hours tweaking a patch, then when I’m ready to make a video I can’t think of anything to play. I always end up just picking a mode and improvising (D Lydian today…). This might be the last one in this series, for a while at least. I need to try and make some actual tracks instead of just demos of strange guitar effects 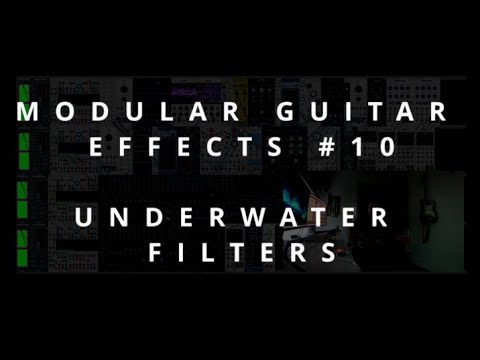 Nice. It had a bit of a Pink Floyd feel for me… which is an excellent feel!

Yep, listened to the Floyd far too much when I was younger so it’s always a subconscious influence. Thanks!

listened to the Floyd far too much when I was younger

There is no such thing! 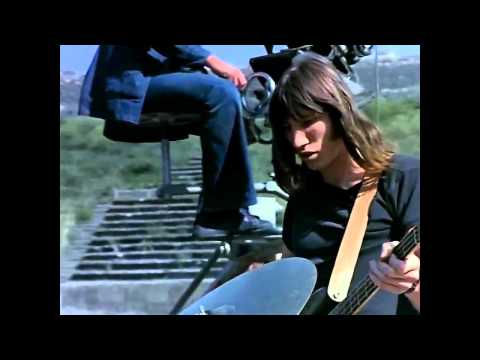 Beautiful as always!! So relaxing! Thanks for making these patches and videos, they will be missed.

Ah, still love that Live at Pompeii performance! Meddle was always my favourite PF album, my dad had it on vinyl and played a tape of it in the car when I was 12. That has a lot to answer for, I’ve been trying to make spaced out guitar sounds ever since.

@ady34 don’t worry, I’m not giving up! I’ll always be playing guitar into VCV and making effects, just want to try a few different formats on my YouTube channel. Possibly tutorials, or a series on sound design. I also want to use some of the techniques/FX I’ve discovered and make some music that I can release somewhere. All just depends how much time I get to work on stuff.

Good, so they won’t disappear totally. Yup, time is always the thing! So would you put the music on Bandcamp? That’s where my stuff is under Kleinemaschinen btw.

Meddle was always my favourite PF album, my dad had it on vinyl and played a tape of it in the car when I was 12.

Meddle was always my favorite also. I played it for my daughters as soon as they were born in 1977 and 1979. It seemed to calm them down for sleeping when they were infants, but as they got older, they got spooked by the eeriness of the sound and would ask me to play something less scary.

Yeah probably Bandcamp. I think streaming is a dead loss for amateurs, it would probably cost more to get it distributed across all the platforms than any tiny bit of revenue you’d get for streams. I wouldn’t expect to make any money on BC either, but at least you’ve got a slim chance. It may pay for a few packs of guitar strings or something! It’s more about justifying the time I spend on this stuff, not the financial reward. It’s also a better format to release longer pieces, you haven’t got the YouTube compression or the distraction of having to edit video as well as the audio. Plus the viewing retention is an average of two minutes, so it’s probably not worth doing longer videos. All sorts of possibilities though

Similar reasons as me really then, not expecting millions, but the recognition is comforting at least that ‘our syncopated noises’ are appreciated.

Great advice. I just make whatever I’m interested in at the time really, who needs a strategy or musical direction

When I saw them on the Dark Side of the Moon tour the opened with Echoes, then played all of dark side.

Now that does sound good.