Menu popup direction: Up or Down?

I’m developing a picklist control. It displays the currently selected option as a button. When you click the button, a menu appears with all of the options: 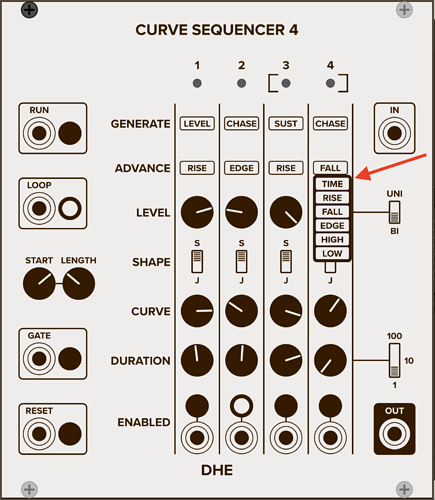 My question: Where should the menu appear? Above the button or below?

Currently I’m displaying each menu below its button, similar to most apps and GUI frameworks. But here it feels a little awkward to me, because (though you can’t see it in the image) the mouse pointer covers a bit of the top item.

Would it be better to display the menu above the button? Is below better? Does it make any difference at all?

I was going to suggest placing it on the middle of the button but 6 is not symmetrical, so it might look weird. Unless you place it on the middle and move the menu up/down accordingly, so it appears to be on the bottom when “time” is selected and appears to be on the top when “low” is selected. When “fall” or “edge” are selected it appears to be in the middle-ish. If the menu items had good symmetry it might look better, in which case it could always appear in the middle, placing the Y coordinates in an array and swapping the array index positions could help there.

Why not use Rack’s native ui::Menu and createMenu() which places the top-left corner at the current mouse position?

I could also (if I wanted to take the time) position the menu so that the currently selected option exactly overlaps the button (perhaps highlighted). We’ll see.

That’s where I started. There were two things I didn’t like about that:

That said, those were minor issues. I may reconsider them.

for me the best position for a menu is OUTSIDE the module I’m working on, possibly on the left or right side

+1 what Phil suggested. Relative to the active option? 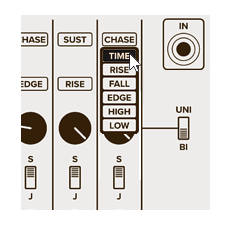 The menu style differs from the module style

I think that from the users’ perspective that’s a good thing. Consistent menus and well-understood behaviour. It minimizes the cognitive load.