…and, well, Mainstage with some heavy Delay and Reverb. Everything is clocked from Mainstage via MIDI (internal MIDI to VCV Rack). Rack has two audios - one for the ES-8 (unused this time) and another via my Focusrite Interface back to Mainstage. Pretty stable setup at the moment.

Kick with Trummor. Hihat and Snare from Drumkit. Branes adds some randomness in Drumming. Have to dig further into drumming in Rack.

Here is some new ambient stuff with Mother-32, Eurorack (Maths, Marbles) and the wonderful Trummor as well as some Autodafe drums.

Saw @Omri_Cohen’s tutorial about Geodesics Entropia today and had to try it (even if I didn’t understand all about the sequencer). In this track Entropia is driving four Supersaws by Squinky Labs. But beware! One saw has to pass my Eurorack’s WASP first 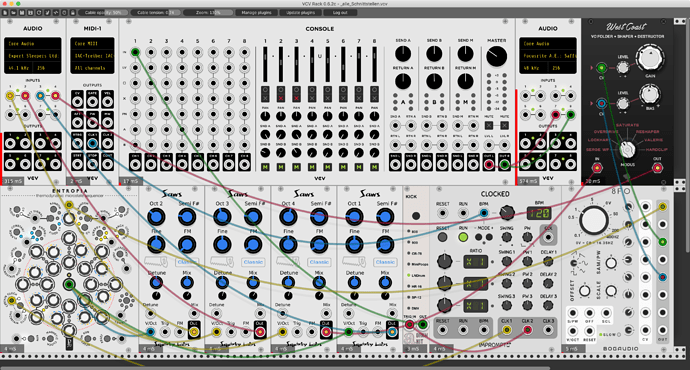 Thanks Omri - I think there might still be a little Feinschliff to do - Entropia seems mighty. (And I never leave the house without WASP and MATHS

Another Patch with Geodesics Entropia and a guitar sample played by Quadsimpler. Mother-32 is playing some bass and - as always - WASP and Maths are fun to play with. (This is also the first time you can hear me playing guitar 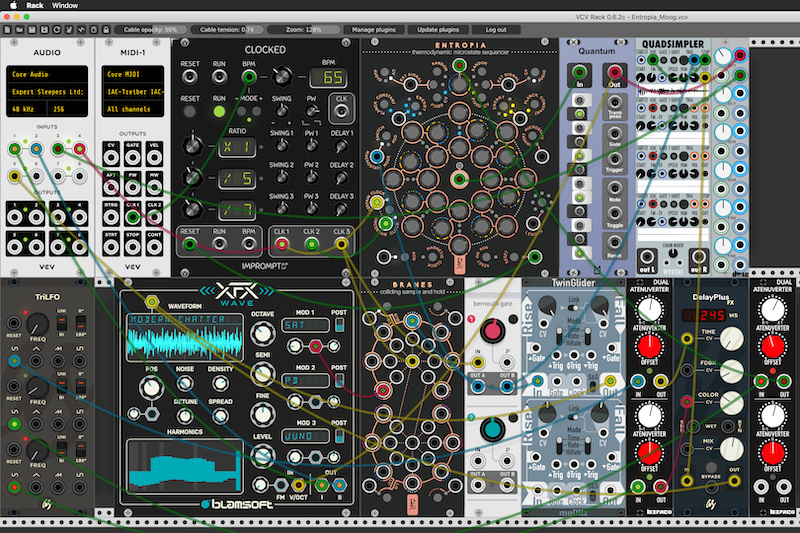