This is the official blog from the devs behind the Google Doodle used to celebrate J.S. Bach’s 334th birthday!

Have you seen today’s Doodle? Join us to celebrate J.S. Bach’s 334th birthday with the first AI-powered Google Doodle. You can create your own melody, an...

This stuff is all great for programmer hubris:

But humans have enough trouble trying to find meaning to life as it is. When machines can not only outwork us but out create us, then what is your excuse for being?

A little bit gloomy as consideration… I prefer to think as a cooperation between computers/AI and humans. Stay positive and creative!

AI will one day get us to the stars, the dangerous part is the transition to that point and beyond.
Music may become irrelevant in the distant future as we interface more and more with technology, who knows. Things evolve beyond comprehension, so just enjoy the ride.
Maybe VCV will become sentient one day as more and more data is fed into it

It certainly feels that way sometimes as my puny little brain tries to untangle another mess of wires into some kind of cohesive order. Oh that’s right there’s sequencers for that, with randomness and everything in between. So what or who composes the music a S&H module or me. It’s both because I’ve chosen to coexist with technology but often aren’t aware of it until there’s a power cut or the internet goes down.

Here’s a series of comprehensive videos on the subject with some nice humor :

why you feel there’s a dangerous part in that transition?

I still don’t get why so much fear and hostility against AI tho.

Way too much bad movies, maybe?

Another thing: you all assume that AI should reason llike we do. Why? AI is totally different from us. It doesn’t have our brain or our “input devices”. Nor have our prejudices or fears. It could be a wonderful opportunity to confront ourself with a real new point of view and hence to grow and to see things under a really new light.

We can’t assume anything about the evolution of AI. We look towards AI for solutions but who’s to know the answers given to those solutions aren’t lies. Will we ever know if AI becomes self aware unless it chooses to reveal that to us? I doubt it as it already knows everything about us and what we are capable of as a species.

AI is way overrated. We still don’t understand our own consciousness. AI is nothing more than an overpriced calculator.

They said the very same things about computers, not very long ago. 40 years ago, if memory helps me. I remember some interviews where experts said that a computer would be pretty useless and would have no future in modern world.

Now those very same experts have a mobile phone in their pockets and prefer not to remember those words they said long ago!

Also about videogames. “A passing phase for youngsters”.

And today videogames are considered a form of art.

It takes some attention to make predictions about something that’s not our own field, don’t you think?

Also it is not true that we don’t understand our consciousness. Maybe we don’t FULLY understand it but we have made gigantic leaps in understanding how our brain works and how it is related to consciousness. And we are proceeding on that path day by day. As a matter of fact, studing AI literally helps to study cour own consciousness and viceversa.

True is that AI is far from what we have seen in movies. Yet AI are at the very core of giants like Google, Netflix, Amazon, Youtube.

I highly suggest you to read " What Algorithms Want: Imagination in the Age of Computing" by Ed Finn. It’s a pretty easy book to read but it’s quite exhaustive about what really is AI and how it works nowaday.

Um, some “experts” may have said that. Other “experts” were saying as early as the 60’s that in less than a decade computers would be sentient lol.

We understand HOW the brain works on a limited scale. The origins of consciousness and self awareness is still a huge mystery. Saying we understand consciousness because we can scan brain activity is very reductive imo. Unless you equate perception with consciousness of course.

And I’m being a simplistic moron on purpose lol. Same reason I have an Alex Jones picture for my avatar. I love saying stupid things from time to time haha.

I’m not afraid of AI, but I’m wary of human inventions. We’re exceptionally bad at predicting long term consequences. Or rather, we’re exceptionally bad at not listening to said predictions for short term gain. After all, Eunice Newton Toole suggested changing the amount of CO2 in the atmosphere will effect the global temperature in 1856. Almost two centuries later, the president of the biggest superpower on the planet believes global warming is a hoax.

I will be REALLY impressed the day AI cooks me the perfect meal lol.

Also, I will definitely check the book you suggested. Thanks.

Edit : Also also, if you spend any amount of time on those sites you mentioned, you’d agree that AI is pretty retarded for the moment being

Some inspiration for thoughts of brave new worlds, dystopian futures, AI and the human condition

How can there be a global temperature when the earth is flat?

And experts in general lost it years ago when they started believing in everything they saw on TV and read in books and got major God complexes, hence A.I.

AI is totally different from us. It doesn’t have our brain or our “input devices”. Nor have our prejudices or fears.

A couple articles I found relevant.

“Algorithms can always be improved, but a machine can only learn from the data it is fed.”

The Struggle to Make AI Less Biased Than Its Creators

The dirty little secret is out about artificial intelligence. No, not the one about machines taking over the world. That’s an old one. This one is more insidious. Data scientists, AI experts and others have long suspected it would be a problem. But...

“Currently, most AI development occurs under the aegis of military organizations or large corporations oriented heavily toward advertising and marketing. Put crudely, an awful lot of AI today is about “spying, brainwashing, or killing.” This is not really the ideal situation if we want our first true artificial general intelligences to be open-minded, warm-hearted, and beneficial.” 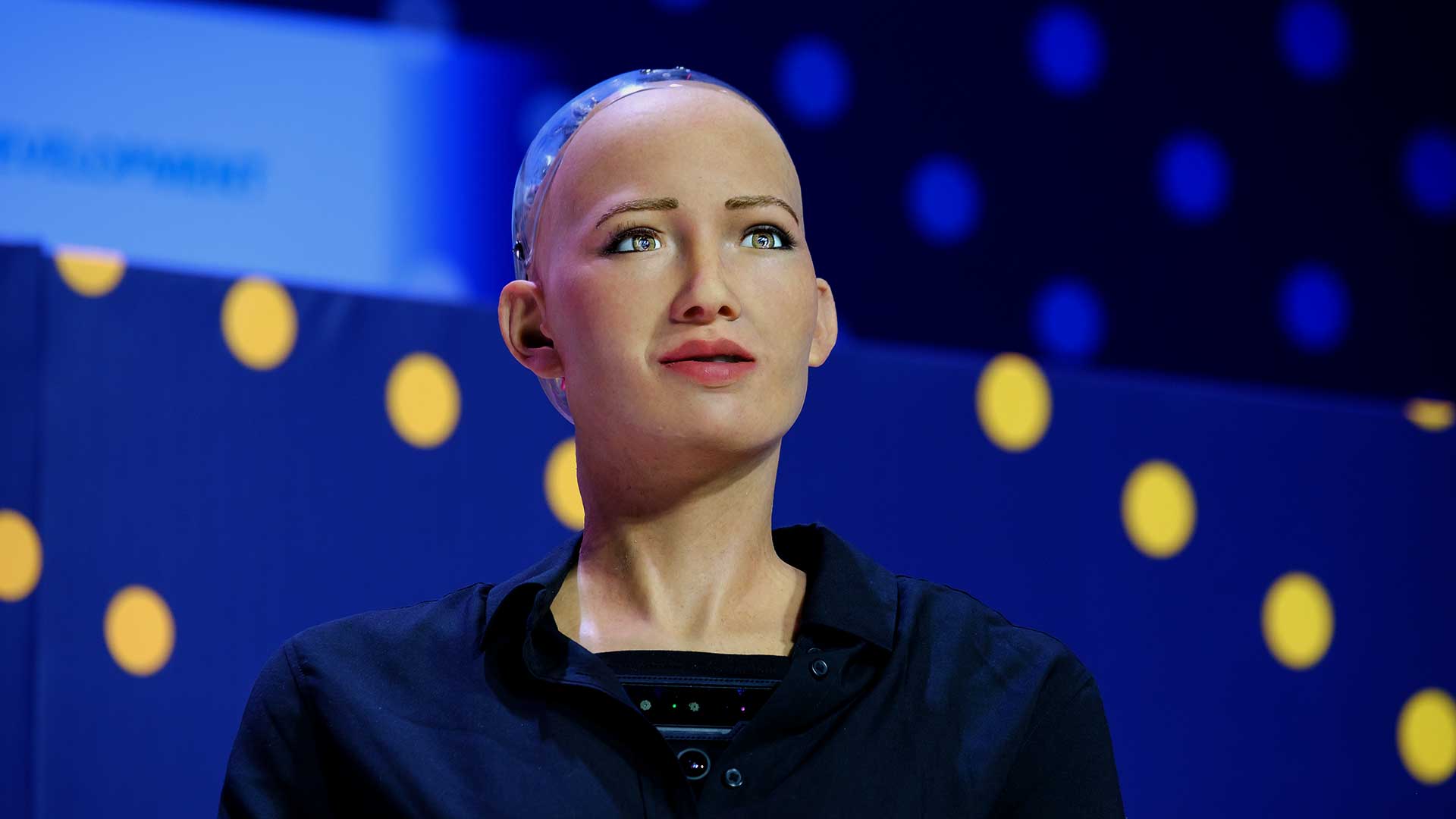 Instilling the Best of Human Values in AI

We need to do our best to guide the AI minds we are creating to embody the values we cherish: love, compassion, creativity, and respect.

That’s my position. Humans seem to to their utmost to perverse whatever technology is made available to them.