It took some time from me and Andrew, but the module is now available in the VCV library.

Experience psychedelic and mesmerizing visuals by transforming music into equations that render into a limitless array of user-contributed visualizations.

Its purpose in life is to read audio input and to produce mesmerizing visuals, detecting tempo, and rendering advanced equations into a limitless array of user-contributed visualizations.

LowFatMilk comes in two versions, an embedded widget and a seperate window version that can be dragged onto a seperate monitor…

See this demo that Dave Philips did earlier. 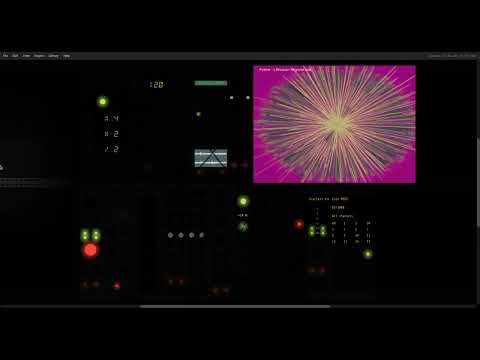 Nice, but no option to resize the window, is that intentional?

That should work, so if it isn’t please raise an issue in Github. Resizing can only be done from the right, maybe that is not clear?

ok, i have added an issue on your Github, thanks

I’m not seeing this listed at https://library.vcvrack.com/ - am I missing something?

They are listed as ‘RPJ LFMEmbedded’ and ‘RPJ LFMFull’. I just grabbed both.

What fun! But, I’m failing to find the documentation of what the L and R inputs do and what they can be connected to. I’m probably overlooking this

I found the Wikipedia article on WinAmp and MilkDrop interesting: MilkDrop is a hardware-accelerated music visualization plugin for Winamp and Kodi, which was originally developed by Ryan Geiss in 2001. It uses DirectX and intelligent beat detection to render iterated images which blend seamlessly. MilkDrop uses a complex system of interpolation to transition between presets gradually through time, creating a constantly changing visual experience. MilkDrop is an environment for running presets, software which controls MilkDrop, and does not produce visualiza...

I spent quite a few years doing 3D game engine and modelling and animation software. Somewhere along the way I played with WinAmp and MilkDrop. It actually was very sophisticated for its time and is still relevant as a hardware accelerated 3D graphics app.

This is a lot of fun. Thanks for developing this module.

Ok, the immediate crash on mac seems to be solved. I need to do a last test for Linux and if that passes I will ask the team to release a new version to the library.

I can’t reproduce a crash on GNU/Linux (Ubuntu 22.04). Both embedded and external window version work correctly upon reloading a patch.

I did log two issues on your Github that I found while testing.

One question: should the last preset used be saved with the patch?

Thanks Cristoph. Yes the last preset should be saved, at least that is what I would expect as a user

But also whar I normally would implement. Have to look but might be a bug.

The preset is definitely not restored upon reload. It is hard to tell with the embedded one since the name of the preset is not visible, but with the external plugin it selects a new preset upon reload every time.

A new version is in the library that should avoid the crashes for Mac users.

I found the issue and it will be fixed in a coming release. By the way, you can see the name in the embedded version too, it is an option in the menu to enable it.

Version 2.1.5 has been released. In this version I fixed a major issue that made the module responding and reacting wrongly to the incoming audio. Please have a look and let me know the results. It looks much better now and there is much more action going on.

Thank you so much! When I tried the module a few days ago I actually wondered if it really reacted to the audio at all because so little was happening at any threshold I had set.

Will try again with the new update!

I have a new version available (2.1.6) but before I send it to Andrew and the team for deployment in the library, I would like to get confirmation that it is not crashing VCV. As it is very dependent on distributions (win/lin/mac) it also is on versions and types of GPU/video. It would be nice if I get confirmation from some that it runs on Mac. I have tested on Linux and Windows. I know there is still an issue with resizing (only have seen it happen on linux, and not on all configurations) which I am less concerned about. I just want to be sure it is not crashing. What is new in this version:

The new version can be downloaded from Google drive from this location: https://drive.google.com/drive/folders/1D0fXubpRCp_rHsIQbyyp0xLH5JdCukbj

You can (try to) build it yourself: 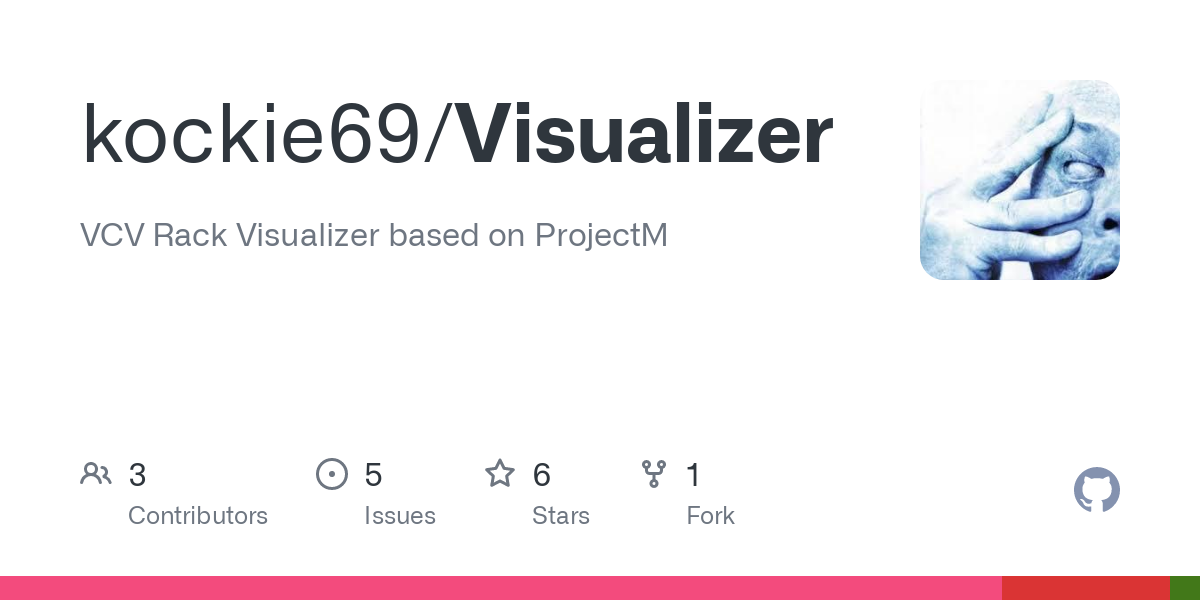 VCV Rack Visualizer based on ProjectM. Contribute to kockie69/Visualizer development by creating an account on GitHub.