Looking for a standalone VST(LV2) Host for Linux

Hi everyone !
So i’m looking for a little standalone program to open LV2 vsts and jam a bit on them on my linux laptop.
So far i tried using REAPER linux, but it seems to have a hard time finding my .so files (even tho i gave it the right paths…)
Now i’d like a simple standalone program to open one synth ( like surge or TAL noisemaker) and use it with my Midi keyboard.
Anyone knows of one such program ? or a (not too hard to set up) similar workflow ?
Thanks in advance ^^

can i use this standalone ? i tried to run it and nothing happened XD might need some help setting it up

ps: i’m not very used to audio on linux haha

You need to set up JACK, which can be counter-intuitive to get to grips with. But it is the most stable solution.

If you’re a newcomer to linux audio have a read here: https://help.ubuntu.com/community/UbuntuStudio/AudioHandbook
As ablaut said, you really need JACK, which can seem a bit strange initially but once up & running is very stable & flexible. As always, google & youtube are your friends, have a look at some JACK & Carla guides / tutorials, try them out and if you get stuck come back here. Welcome to the wonderful world of linux audio

Thanks so much for the help ! will check all of this when i have some time

In the end i manage to get Reaper running fine, i will use it to do simple jams.
There is just one plugin (sitala) that i can’t get reaper to detect

but maybe it’ll end up working like the others after some more noodling.
Thanks again for the hints earlier, i learnt some useful stuff for later !

Edit: well looks like sitala doesn’t work at all in linux, even the standalone isn’t working

, guess i’ll have to change my usual workflow for drums

Sitala works for me as standalone and as a vst in reaper. How did you install it?

Oh weird… I installed it with the .deb from their website, and upon launch it said core dump in the terminal.
I will try later then, maybe i did smtg wrong i had a terribly long day haha.
I always use Sitala on windows, it’s such a cool vst, i’m happy to see i’m not the only one to like it

Was JACK running when you tried to launch it?
Try running it from a terminal again and post the full output here, it might point to some answers.

but I have known about it since it was first announced although never really got around to using it. I think I was just starting to get in to vcv when it was released and since that point I’ve had less and less desire to do anything outside of Rack. I certainly think it looks fantastic though and very much appreciate it being available on linux.

i will try again when i have some time

carla is the best 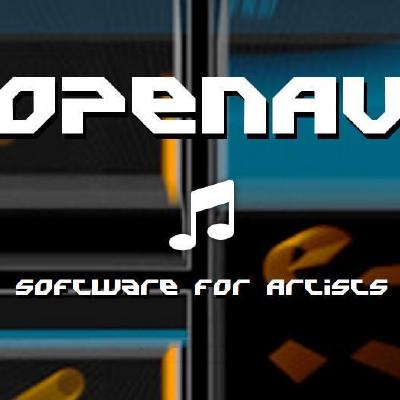 A repository for the ArtyFX plugin bundle. Contribute to openAVproductions/openAV-ArtyFX development by creating an account on GitHub.

btw, carla can convert cv it to midi and viceversa, which mean you can connect a cv directly to the output and use it in carla or your daw