Hey, so I’ve been using Rack on my dad’s Mac and I got a Chromebook recently. I have no idea where to start and what would work best with my Chromebook. Can anyone help me out?

Unfortunately, I don’t think it’s going to happen on a chromebook.

First, because chromebooks are rarely powerful hardware, and VCV’s design philosophy makes it more demanding on the CPU than many non-modular synths, but also because Chromebooks will only run what can be built with web technologies: because Rack needs all the performance it can get, it’s built with C++, and nobody is maintaining a port of Rack to Chrome (there’s no demand for it).

It can be done, I wouldn’t bother though.

r/vcvrack - I got VCV Rack running on Chromebook with Audio! A little glitchy... 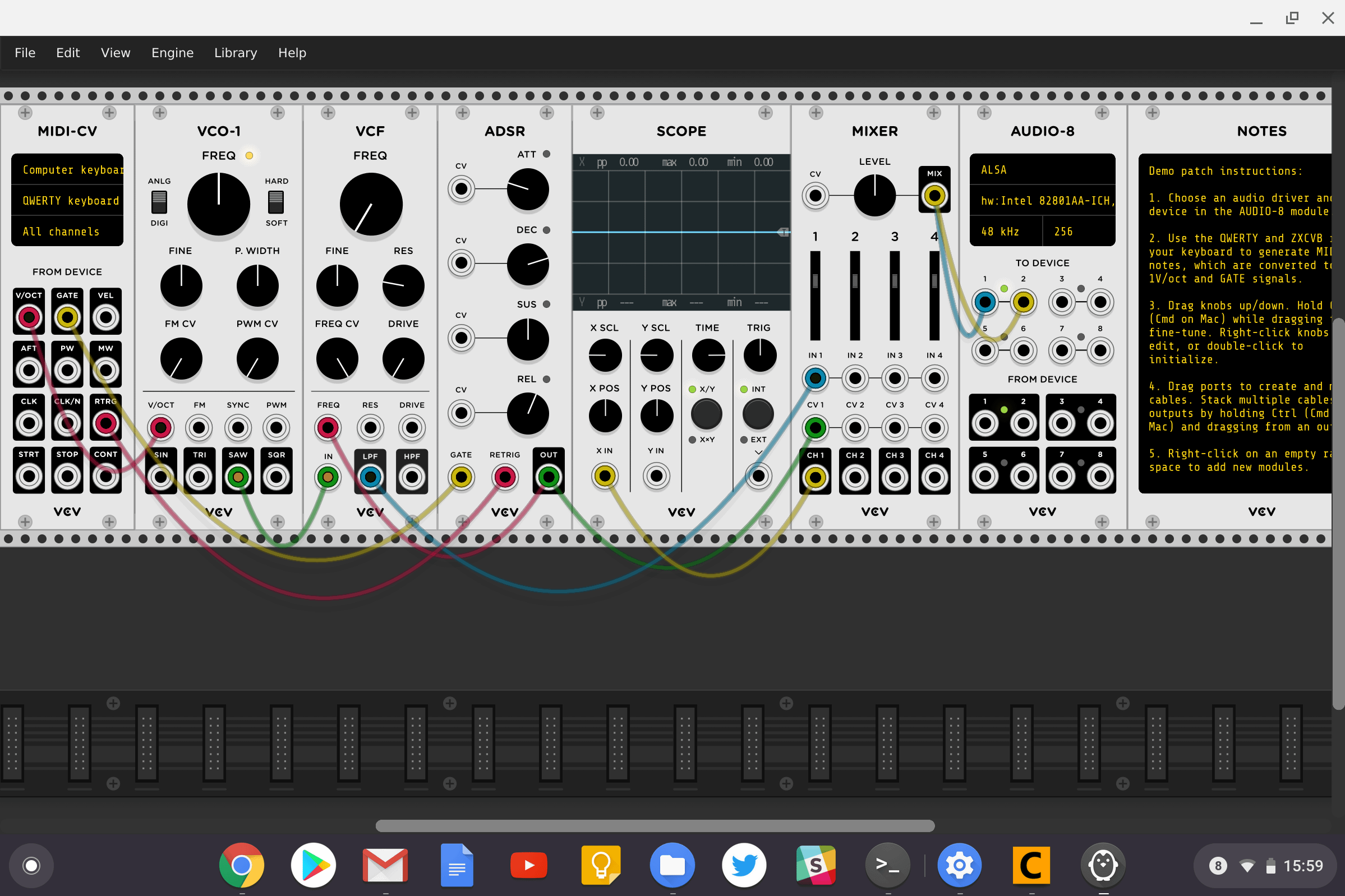 It’s from the 0.x series right? I think I remember someone ported it to run in browsers (I might be totally imagining this and mistaking VCV for another program) but I don’t think we ever got past the “proof of concept” point.

I think there is a way to run regular linux programs on a chromebook. You may have to “root” it first. And of course many of these chrombooks use ARM cpu, so there’s that.

… but i think this does not really count as this is my arm build of vcvrack and i’m running a normal linux on that chromebook and all that is very far from easy to setup … many intel chromebooks can be converted to running a real linux on them, but also that is not a trivial procedure - see https://mrchromebox.tech/ for details … maybe a bit easier might be gallium os - see https://galliumos.org/ … performance is way below that of a contemporary laptop or pc, but with the tricks i’m using to run vcvrack on a raspberry pi or similar hardware (lower sample rate, low frame refresh, clever linux rt scheduling and cpu binding etc.) it can be made usable to some degree even on such hardware … but again: sadly all this is far from trivial …