Is there a scope that can “stack” wave forms like on Joy Divisions Unknown Pleasures?

Is there a scope that can “stack” wave forms like on Joy Divisions Unknown Pleasures? 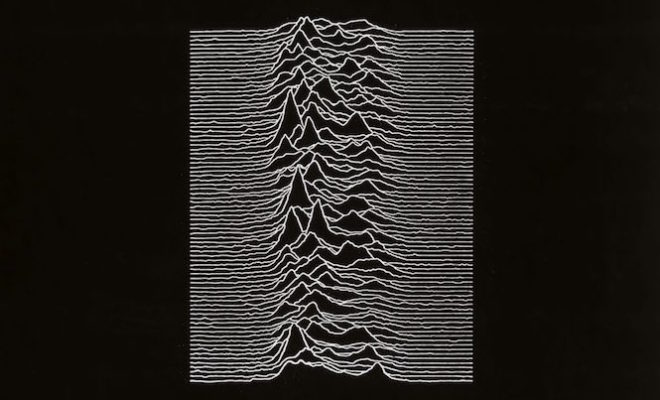 Sorry, I wasn’t clear. Looking for a scope that takes 1 signal (not polyphonic) and instead of over writing the same line it stacks the lines until it reaches the top and then starts from the bottom again.

Not aware of anything that does that. 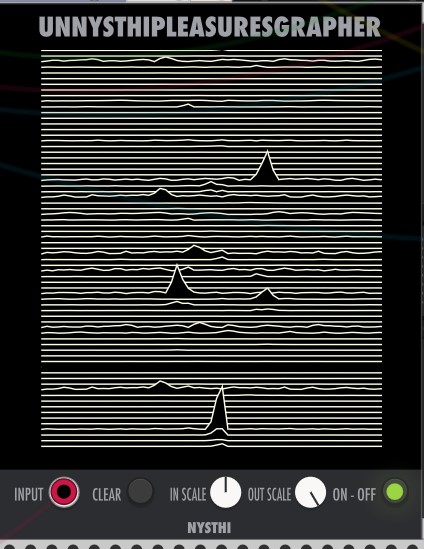 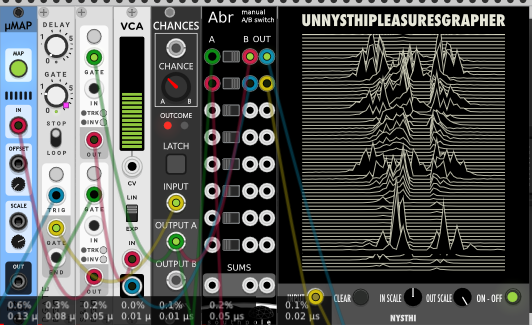 I was thinking exactly the same thing…

Is there a module that takes a gate as input and has a pulse on output, one when the gate opens, one when it closes?

Is there a module that… provides a trigger at random intervals, between a set minimum and a set maximum? An “un-clock”, you might say. I want to use it to simulate some chaotic timing, such as the interval between “dings” in a set of wind chimes, timing for the initial “snaps” in cracking ice, lightning strikes, and such

Every module I’ve looked at with the “clock” tag repeats with a regular tempo. “Random” and “Clock” brings up mostly sample & hold modules. Nearly all the “Delay” units should be called “Echo”, because they do not stop after the first time through. Also not so suited for gates or triggers. What I really need is something like the 555 Timer IC (my favourite IC), where the interval between pulses can be controlled by messing with the “Threshold” and “Control” inputs.

Eventually I found the ML Modules “Trigger Delay”. It was a start. Also the BGA “Edge” module. Before you know it I had this assembled: 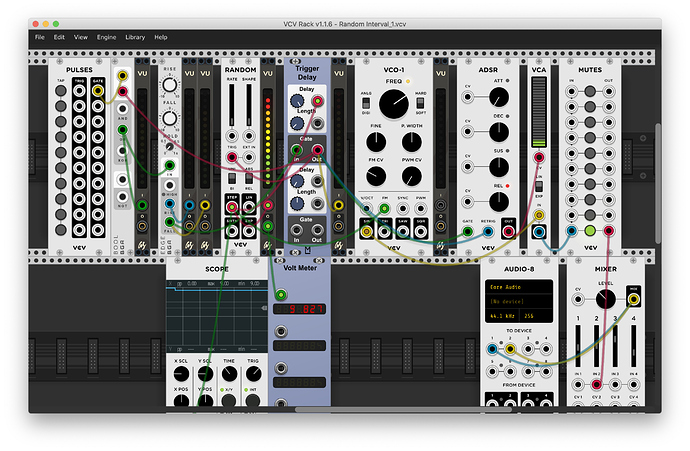 The top left quarter is the main timer section, plus a few meters to see what’s going on while it was in development. The resulting sound is like an never-ending irregular series of “dings”, at different intervals (and, just to make it more interesting, different frequencies.) Very much like wind chimes on a not-so-windy day. A quantizer for the CV on the VCO would make it more convincing, because wind chimes have a small selection of unique frequencies.

I tap the top button on the PULSES module, producing a rising GATE signal. That’s patched into the first top input of the BGA BOOL module, It comes out of the OR o/p to a VU meter and to the IN of a BGA EDGE module. When the gate signal drops, the FALL o/p sends a trigger to the Gate In of the Trigger Delay. After some delay, the Gate Out sends a trigger to four places:

The STEP o’p of the RANDOM module is patched to the Delay i/p of the Trigger Delay module, so that the next time through it will have a different (and random) delay time.

The BGA EDGE module is there because RANDOM / STEP o/p levels below a certain threshold will cause the whole thing to stall. Using a trigger from the FALL o/p fixes that.

So now I have three main modules (EDGE, RANDOM, and Trigger Delay) plus the PULSES and BOOL modules to kick-start it.

The question is: Am I doing it the hard way? Is there already a module that generates triggers (or gates) an irregular tempo?

Another problem with this setup (or at least with the ML Trigger Delay module) is that the maximum Trigger Delay time is 2 seconds. I want to extend this to at least 10 or 20 seconds or so.

Not a problem, but something I did not notice until I cranked up the FM CV on the VCO-1, is that the higher notes are followed by longer delays than the low notes. That makes sense because the higher voltage CV for the VCO is also the one that lengthens the delay time. Could be a feature, could be a bug. If I wanted to isolate the two uses I’d just have to set up a second RANDOM module triggered by the same pulse. Same Bat Time, different Bat Channel.

What I really need is something like the 555 Timer IC (my favourite IC), where the interval between pulses can be controlled by messing with the “Threshold” and “Control” inputs.

What I do is use a random wave form in combination with Count Modula’s Comperator. In this case the slowly changing random waveform comes from two oscillators driving each other to get a more complex wave form. The Threshold of the comparator determines the start and and of the gates. The a clock divider to slow the whole thing down. 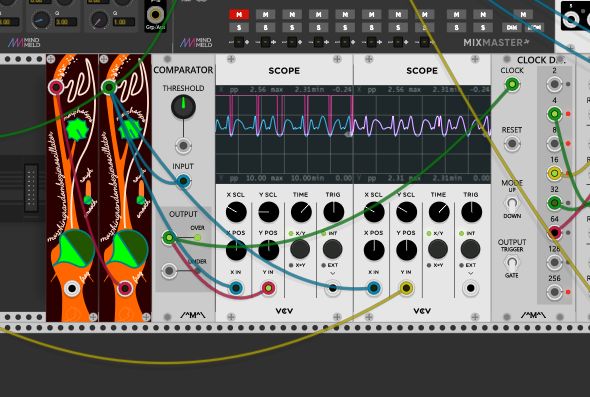 An other way is to use MinumusMaximus for this instead of the Comperator. 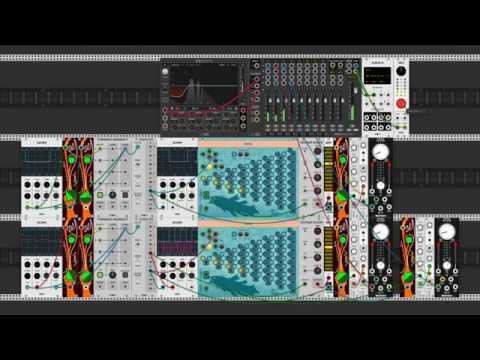 Oops. I thought I posted this in a general-purpose thread titled “Is there a module that…”, and was going to ask to have these posts moved. I cannot find that one now, if it ever existed.

At any rate (so to speak), thanks @stoermelder for pointing out the Fives. I think I found the smaller one before but thought that it wasn’t quite what I needed, for some reason. The other one (which I did not see before) should do it.

Ah well, it was still somewhat educational to do it the way I showed in the screenshot. A Grand Journey of Exploration.

@ingo - I shall have to check those out too. Comparators should be simple to figure out, and the MinumusMaximus looks … interesting.

Is there a module that… provides a trigger at random intervals, between a set minimum and a set maximum? An “un-clock”, you might say. I want to use it to simulate some chaotic timing, such as the interval between “dings” in a set of wind chimes, timing for the initial “snaps” in cracking ice, lightning strikes, and such

i use my chaotic lfos for that: https://library.vcvrack.com/wiqid-anomalies/
turn up the scale, and whenever it reaches 10v it will produce a trigger

Oops. I thought I posted this in a general-purpose thread titled “Is there a module that…”,

@Vortico changed the title of the thread, it was indeed “Is there a module that…”

As of 2020, we don’t do “Post questions here” threads here. All threads must be isolated questions/discussions. If you have a unique question, create a new thread for it. There is no limit to the number of threads this forum can hold, but readers have a limited amount of patience when trying to follow a discussion mixed with other discussions in the same thread.