Is MacOS Malware? Is Apple spying on you?

Big Sur introduces a new set of protocols that I was unaware of (I haven’t upgraded yet for other reasons). I am a Mac guy and always have been and I resent this in a way that supercedes any arguments about not having anything to hide etc.

Crossposted from another forum. 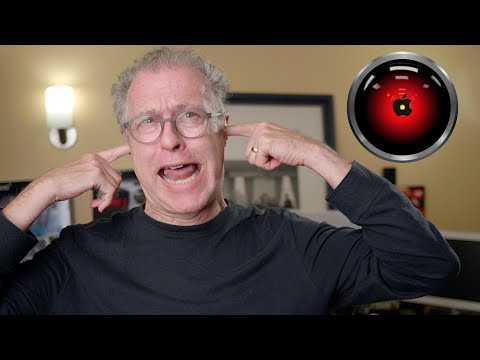 Trying so hard to resist preaching GNU/Linux or OpenBSD here… failing… gahh! I don’t see why anyone caring about privacy or independence would use anything Apple voluntarily. Really I’m just biased and think the hardware looks ugly - ignore me.

since we talk about obvious things, Facebook spies on you too

Is MacOS Malware? Is Apple spying on you? - No

Betteridge’s law of headlines does not apply to IT. Most of the time the answer is “Yes, of course”.

The Snowden article is pretty shocking!

So much for Apple being a champion of privacy…

After being an Apple fan since 1986 (MacPlus), I decided that Apple is Turning Evil. They’re turning more into a gated community.

With each new OS, something gets broken. F’r’instance, the original iTune app was great. It managed music playlists, podcasts, iPod apps, e-books, internet radio stations, etc. Now it’s been broken up into half a dozen different apps, none of which work as well as the equivalent feature in classic iTunes.

They even broke the Mail client, because it doesn’t understand my mail server. I had to download Thunderbird to get it to work again.

I do like parts of the hardware though. I particularly like the trackpad on my MacBook Pro.

If I get my hands on hardware that originally came with any form of Windows, The first thing I do is either bulldoze it and repave with Linux, or (as in my most recent 2nd-hand Toshiba laptop acquisition), re-partition it and set it up as a dual-boot machine. This one that I’m using now has Win 10 and Ubuntu Studio on it, although it’s been a while since I’ve seen the Windows side of it.

On the subject of Thunderbird, my parents bought a laptop with windows 8. They used to use outlook express, it did everything they wanted. But Metro Mail or whatever Microsoft eventually called it, didn’t have half of the features they used. Now they use Thunderbird.

There us no reason for them ever to go back to a Microsoft mail client.

This kind of mis-step gradually erodes the strong loyalty people have to an OS. They are increasingly unhappy with office 365. Soon I’ll be able to persuade them to try Linux instead.

So, firstly: You’re right, although ‘evil’ is not IMHO a word that applies here. BTW Apple was always more of a gated community than other systems. That’s deliberate and has its PROS/CONS. You can still use macOS as an open platform though, I do. You could also argue that the major Linux distributions are gated communities if you stick with the official repositories.

Now I have to bring the sad news - it’s the same on any Operating System. If you think the free applications don’t break or get left to rot on other systems you’re in for a rude awakening, this happens across the board. I find that hitching my wagon to high profile open source projects, with a long track record of caring for their users is the best strategy. This is independant of OS. Now what’s left is what OS to choose and the trade-off’s are well known. If you’d like my 2-minute decision matrix for choosing OS let me know