I’ve been messing around with control components for software synths for a while now. Something I’ve not done so far is a high resolution rotary encoder, but I have an idea. There are a number of not-that-expensive two axis Hall sensors (e.g. the MLX90316) that can report the angular position of a magnet above them.

Running these with a microcontroller isn’t an issue, but what sort of mechanism to turn the magnet is. I’m thinking about a brass shaft in a teflon sleeve, but maybe someone has a better idea. Any good clue are welcome. I’m not a mechanical engineer, so I’m stabbing around in the dark. Bonus points if you can think of a push switch for this.

I’m not an engineer either but when I was building my DIY monome norns I bought these encoders (and caps separately for them). They seem to be quite high resolution and have a nice feel to them but no idea if that’s what you’re after. https://uk.rs-online.com/web/p/mechanical-rotary-encoders/7816824/

I recently discovered that NI Komplete Kontrol series and Akai MPD218 use endless potentiometers. Those work like regular potentiometers with 2 or more overlapping regions. With clever programming you can get very high resolution endless knobs.

I use a NI M32, which has 8 knobs like that which are also touch sensitive, so they show their current value on a display when you touch them…their resolution is 128 steps for a full turn, which is much better than any digital encoders… I’m still waiting for a controller that has something like 32 of those to appear on the market.

I’m not so much after a prepackaged solution as the mechanical part. I already am more or less decided on using a Melexis Hall effect sensor and a magnet. This produces a 12 bit (0 - 4095) angular value, and it will give me better than 1/10 degree resolution, but more over, less noise than a pot.* This should allow very smooth changes with no kludgy slewing. Also, I’m not dependent on the controller’s ADC for this. It’s the mechanics of the shaft that I’m uncertain of. Ignore the purpose for the moment. If you wanted a sturdy shaft that turns smoothly with a subtle resistance (that is feels like a quality pot), how would you build it? The key observation is that the magnet doesn’t touch anything but the shaft, so the control feel has to come entirely from the shaft mounting.

* I’ve done some playing around feeding pot and hall sensor based joysticks to ADCs. The Hall sensors seem to jitter between two adjacent values at most if they jitter at all. Pots on the other hand spew values all over the place, and you’re not going to get a good value from them without very heavy filtering. Also, pots can easily get crudded up, whereas the hall sensors are sealed components. 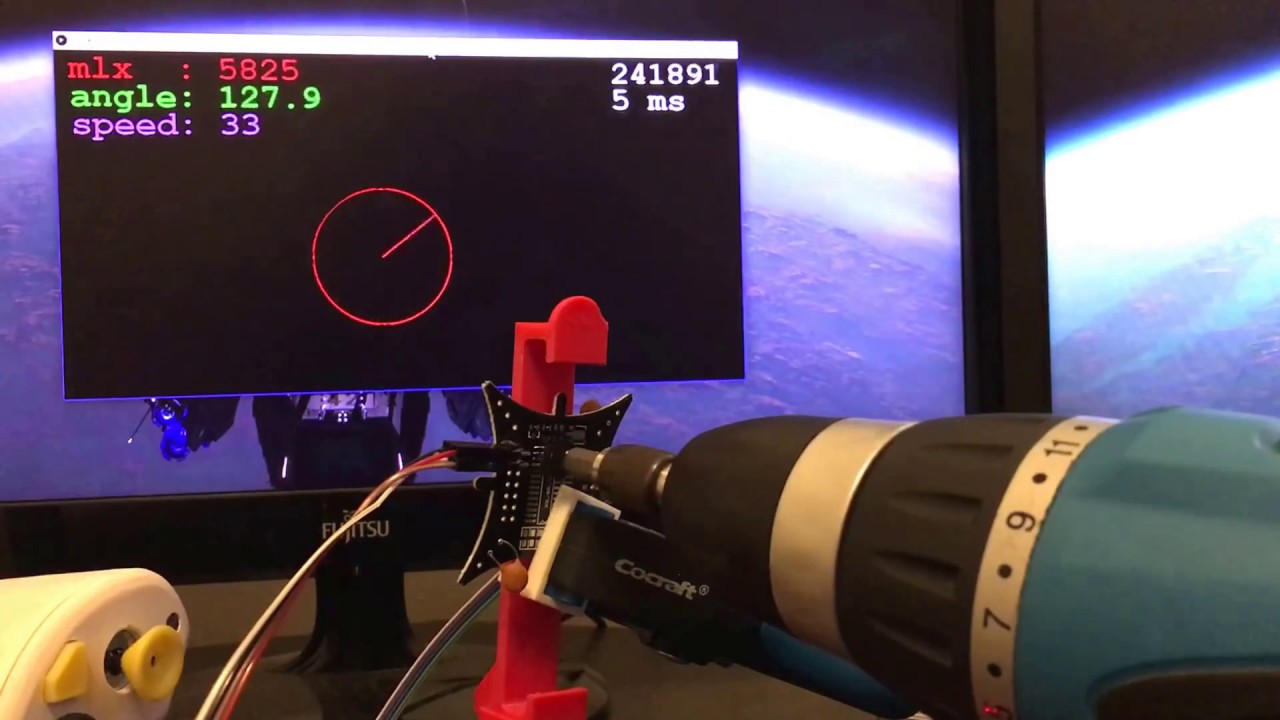 I have seen this recently in my feed 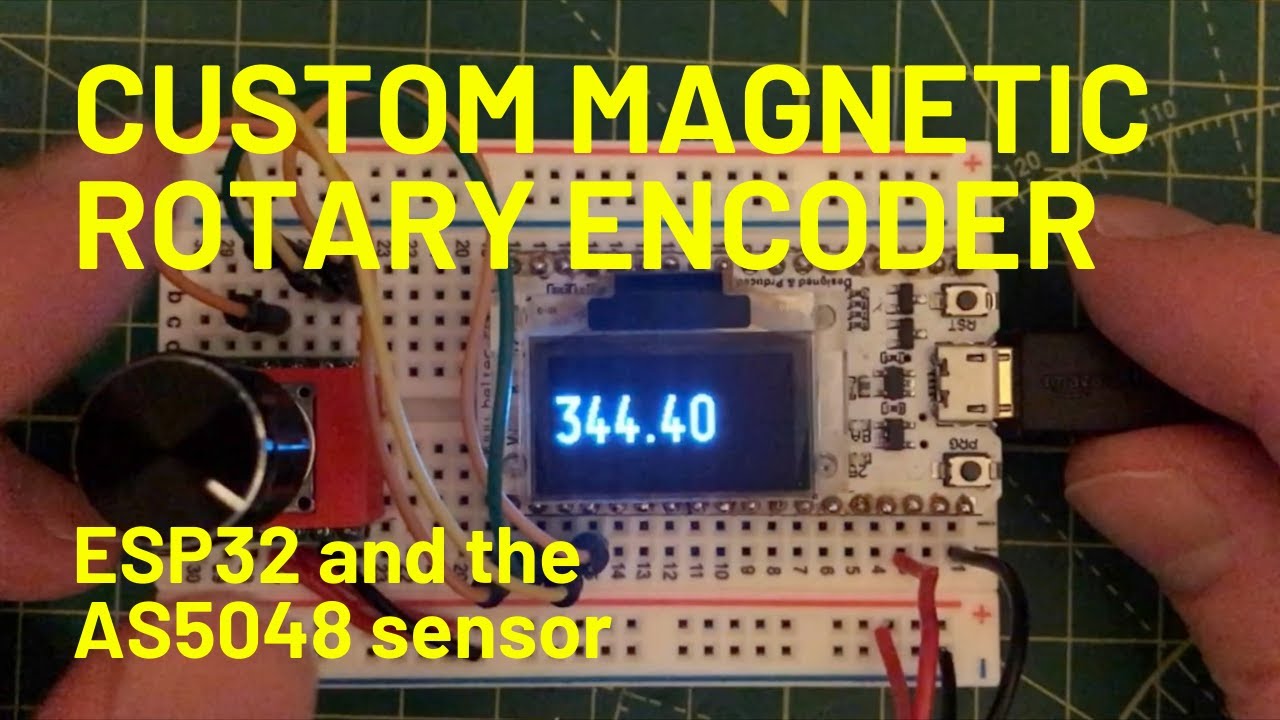 This is the video that sent me on this adventure. I had originally though of using multiple discrete hall sensors, and saw this video. As I recall, that chip, as5048a, is a bit harder to get, and far more expensive. It does have the nice aspect that MISO and MOSI aren’t multiplexed on the same pin. Having a bunch of preexisting parts to cannibalize and easy access to 3d printing’s a bit of a stretch for me.

This does have me looking at alternative sensors though (AS5600L or AS5601 for a push button feature.). These are also cheaper than any I looked at. Also, it’s clear I need to learn something about I2C. 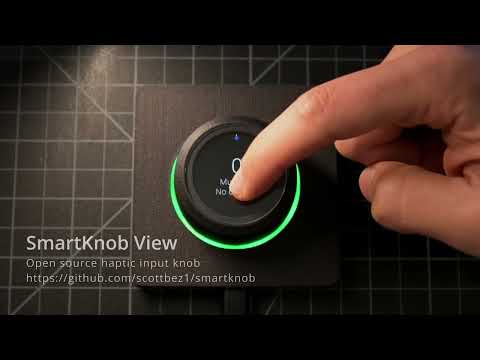 I’ve seen this before, and I’m left wondering about the cost of a panel of thirty-two of these. The same guy did a different project with a simple knob driving an as5600 which seemed far more reasonable. Cost is always an object.