Over in the Ambient Modular group on Facebook (recommend you take a look) someone shared a link to “Headphone Commute’s Best of 2018”. Never heard of Headphone Commute before, but on the list were some things that struck me as interesting, so I thought I’d share those with you. 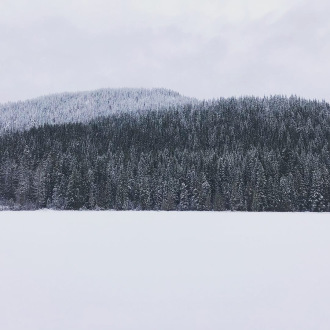 Welcome to the eleventh edition of Headphone Commute’s Best of the Year selections! I know that some of you have been awaiting this for an entire year. That is a lot of pressure on me, you kn…

The first is from an artist called “A Lily” and the work is called “Ten Drones on Cassette”. You’ll find it on Spotify as well. If you like drones, and slow, soft music, give this one a listen.

The second one is from an artist called “Swoop and Cross”, and the work is called “Stories of Disintegration”. You’ll find that on Spotify as well. It’s… what shall we call it, piano based ambient music. I really like it.

The third is by an artist named “Ben Chatwin” and the album is called “Staccato Signals”. You’ll find that on Spotify as well. It’s sort of lively, partly noisy ambient. If you like e.g. Abul Mogard, give this a listen.

The fourth is from the artist “Celer” and the album is called “I Wish You Could”. You’ll also find it on Spotify and Bandcamp. It’s a very soft, monotonous drone ambient, and particularly the second piece harkens back to e.g. Brian Eno.

Thanks for sharing Lars, perfect topic for the Lounge