Crashes a lot in Windows, but I still like it. Except that I keep selecting effects that are premium-only. AGHH!

Very nice editior with an amazing community. Super active development. The developer is a really cool guy and does an amazing job. Not arrogent. He also developed the backend to kdenlive and openshot. It’s great software and I think the sleeper of video editors

Shotcut looks interesting. It’s weird to remember when open source video editing was Broadcast2000 and not much else. It all seems to have come a long way.
Does anyone have experience with Natron? I keep wanting to try it (I’m not daunted by technical complexity) but it doesn’t seem to be maintained, which makes me wary.

They were starting to get a couple inroads in to some schools, and Foundry slapped them down by releasing non-commercial versions of Nuke for free.

Yes, I should have clarified that Natron is a compositor. The only reason I was even looking for a compositor other than Blender is that I wanted to keyframe colour curves and Blender just doesn’t do that (as far as I can tell). Guess I need to put Natron on my list of software to check out along with Shotcut and MSDP.

Not an exact match but running both curves and animating the mix property of a mixer might do something close: 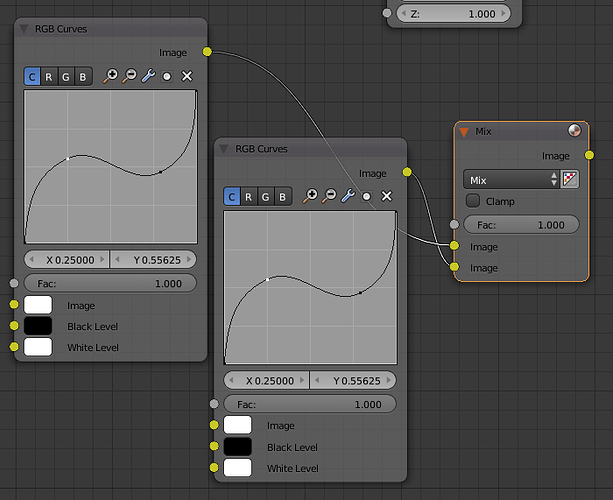 To add, Natron is based on Nuke, they are so similar a person can jump straight from either to the other. Natron is having difficulty with funding currently and is in feature freeze due to it’s lone developer needing to put food on the table. This even though it’s considered relatively stable in current form The community exists at pixls.us

Hi, There are a lot of high quality videos with graphics by Rack users.

I have got to grips with video recording of the screen but need a relatively simple video editor for putting up VCP entries.

Can anyone please recommend a good video editor with the ability for graphics overlay and movement of the graphics for Windows 10.

Here’s a previous thread that discusses the subject:

I looked into this a while back and it ended up being a tossup between OpenShot and Shotcut. The initial criteria I used to narrow the field was that it had to be open source and no upgrade path to a paid version, meaning the free version is the full version and not lite.

Personally I use Blender but that’s not “simple”.

Shotcut has a huge amount of work going on behind the scenes. It is constantly getting bugfixes and features added. The backend is made for broadcast media and the dev is the dev of both.

In addition, like vcvrack, shotcut is available on OSX,Win, and Linux.

That’s great. Thanks to both of you.

if you’re using reaper as daw, then look into its (very basic) video editing capabilities.

on windows and osx there is also the free (as in beer) hitfilm express, which is very capable if you want to dig deeper some day.

iMovie is (was?) quite capable and inexpensive, and I believe there are reasonably priced versions of Final Cut Express as well on that platform. When I last used an (old) mac you could get Final Cut Express for around fifty dollars, and a copy of Motion for the same, which is kind of like having after effects and premier.

Personally I use Blender but that’s not “simple”.

It depends. If your videos are already processed for editing then it’s not significantly harder than doing the same cut and splice jobs in Final Cut or Premier. It’s not as tolerant of splicing random clips as ex. iMovie and friends are, but professional VSEs and compositing software are built around workflows where the camera footage has been pre-processed for editing as well.

Vegas is a really great and intuitive software for windows, the prices start at 244usd

lightworks is a really great award-wining video editor, it have a free version

adobe premier is very used too

I m not recomend blender to you as video editor since is complicatet in the 2.7 version and is no ready to use in the 2.8

I think shotcut, avidemux,openshot that you are looking for

I shall try Blender and Shotcut first and see if they do what I need.

Thanks so much for all your help. I really appreciate it.

it look pretty nice, and it have a Linux version too…
(

One mention for Media Composer | First by Avid, though a bit oversized, not particularly friendly, and it can be picky with your system configuration. Well worth a try, anyway, for anyone willing to test and compare different solutions.

And yet another one:
Olive Video Editor

This one is still in Alpha, but looks promising.

Olive editor at https://www.olivevideoeditor.org/ is an open source or free editor.