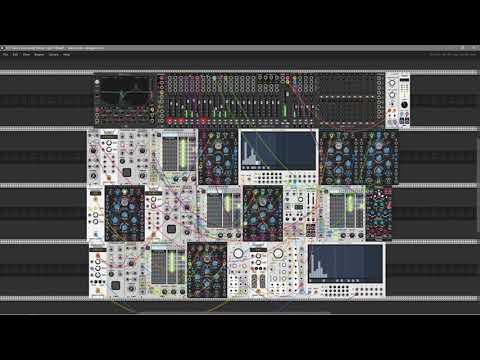 So here is my try of new VCV Rack build and some fresh modules including AaronStatic, Voxglitch and updated CountModula as well (new design is wow). So AaronStatic brings Scale tool and that means you can actually put it in SuperArpeggiator from Count Modula and then it will make a sequence from them. To avoid boring clocks straight notes you can use awesome Voxglitch Digital Sequencer (for example just gate row). The thing I like about it is really wide amount of steps and you can easily choose amount of steps and of course among 6 other tracks in the module they are all unlinkable and it will make sense in non-repeatable stuff. Also new Chord tool from AaronStatic is really really nice. And after listening the result it strongly reminds me some Autechre Oversteps 2010 album which I really love!