Does VCV CV-Midi work over bridge

STIPULATED (I do pay attention @Vortico) that Bridge is deprecated:

As far as I can tell, if you add a CV-MIDI module and specify Bridge as the type, it just doesn’t work. You can’t select a device, which makes a certain sort of sense, but I don’t think it actually passes MIDI out.

I tried it with Ableton, and while I can select the VCV Bridge VST as a midi source, nothing comes out of it.

I was curious why @midiguru23 was asking about using MIDI loopback drivers to do this.

Bridge doesn’t have an output driver. As you remember, there was no MIDI output in Rack v0.6 and older. MIDI output came with v1 but the same time bridge got deprecated, so output from Rack did never work.

If you are on Windows you can try ReaStream from Cockos until Rack VST arrives.

If you are on Windows you can try ReaStream from Cockos until Rack VST arrives.

Necropost, but the world has to know: For me, this is one of the most important and greatest discoveries this year. I can use my notebook and my desktop and transfer audio and MIDI between the two simply via ethernet. Absolutely fantastic.With REAPER as host, it even works on Linux.

yes, using re route is known to work very well. Here’s a super old video about that: 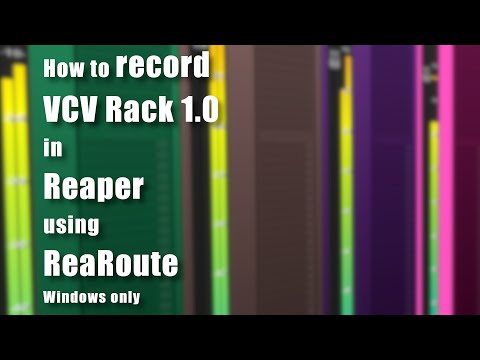 Actually, I didn’t mean rearoute, I meant reastream, which is part of reaplugs. It’s a VST2 and can be used inside Rack’s Host/Host FX modules and send/receive MIDI and Audio data over ethernet to another PC also running reastream inside a host. True, this only works on Windows (and maybe Mac) as there is no Linux VST available atm. On Linux it just works between two Reaper hosts, but you can use Jack to get the streams into VCV (and maybe some time in the not-so -far future, there may be VCV VST available, who knows?

I have played with the VBAN audio network in Voicemeeter potato - it sends 8 and receives 8 stream of audio. Potato has three virtual ASIO interfaces, and can mix MME; WDM and ASIO inputs. I found VBAN streaming between two windows hosts quite good. VCV can connect to the virtual ASIO ports. I haven’t figured out how to use it for more than 8 audio output signals though - I use the Expert Sleepers ES-3 on an ADAT extension to my audio interface, either the UMC-1820 or the M-Audio Firebridge, so i have a lot of audio channels that need to be routed.

Just thought it was worth mentioning here.

It seems reastream can handle up to 32 channels in the VST version. I haven’t tried Voicemeeter, but it looks like there’s no Linux version, so that’s not an option for me. Thanks nonetheless