Does anybody know why OBS has an issue with recording VCV rack audio?

So I usually record my screen and audio with OBS, but for whatever reason it’s not picking up any sound from VCV. Yes, I’ve made sure that the desktop audio is set to be my Focusrite Scarlett 18i20. If I play a youtube video, OBS recognizes audio.

I also checked this with Radeon ReLive and had the same issue. So what’s going on? Does anybody have a work around? Because I want to record a VCV patch. I suppose I could record the audio separate from the video and sync them up together, but that seems like an unnecessary pain in the ass.

I’m on Windows btw. Thanks in advance for the help!

Is VCV using your audio interfaces ASIO driver? Because OBS doesnt work with that. If so - using Directsound works for me, WASAPI might work too.

The vcv recorder is much simpler. Have you tried that?

No. Does it record the video and the audio at the same time? What is this thing?

Switching to direct sound worked, thank you! Weird how OBS doesn’t like ASIO? 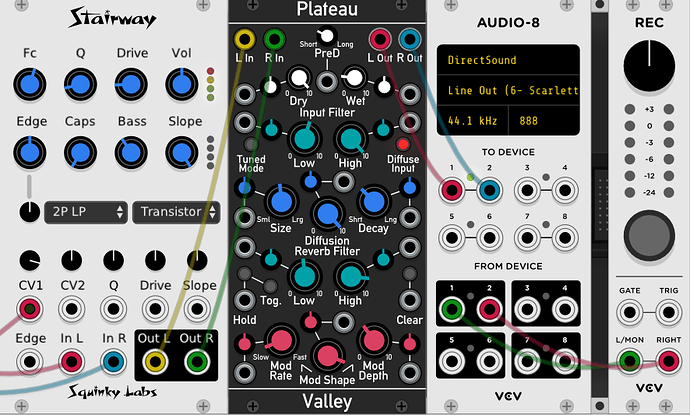 For whatever reason when I play back the recording made from Recorder there’s no sound. What am I missing?

Im no expert, but looks like you are recording the input from your sound card, not the output of your patch?

I’m using Voicemeeter Banana to still use ASIO and not Directsound, to keep the original sound quality. VCV goes into Banana, goes into OBS

Yeah, like SquinkyLabs said, you to need to feed VCV rec what you are hearing. In your case the outputs from Plateau.

To answer your other question, yeah, OBS doesn’t like ASIO outputs somehow… It can record what goes in the interface (mic, guitar etc) But not what comes out

. I tried an OBS plugin to change that, and it actually gave me Blue screens of death on windows haha so i stopped trying.

When i truly need OBS to record rack (for example when i want to record my webcam in the same time) what i do is record the Video part with OBS, and the Audio with VCV recorder.

To sync the audio, there is various possibilities, either the old fashioned way (hollywood clap style, trigger something that makes both sound and noise to sync) or the Clever way : Configure OBS to launch recording with a keyshortcut, and use the same shortcut to trigger VCV recorder too

I’m on Windows10 too, and I use OBS all the time with the ASIO driver without any issues.

But I use the FLStudio ASIO driver,
which works much better then most other ASIO drivers.
And I record to .mkv which I convert later to mp4.
Maybe the ASIO driver can be a problem,

Neither does my Focuscrite one apparently, maybe one day i’ll try with the FL one. But my current workflow works quite well, so i don’t feel the need too much

I m not a windows expert but I think if you want use asio in vcv and record asio in obs , you should add a new asio channel to the obs since the desktop is not using asio. (thats the reason for when you switch the rack to the direct sound it work)

edited this is what I mean. a channel using the plugging that @Eurikon shared bellow

also , for the vcv recorder you should connect the same output that you connect to the audio module (you are recording your mic)

I don’t have any problem picking up my ASIO interface. Just had to set it up in the audio settings. 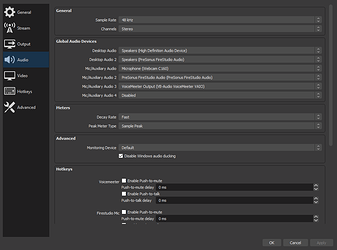 There is an ASIO plugin for OBS if you are interested (windows only).

Small caveat, it might still not help if your audio interface isn’t multi-client.

Nevertheless worth to try! 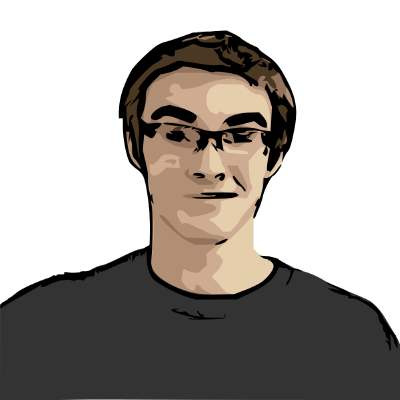 ASIO plugin for OBS-Studio. Contribute to Andersama/obs-asio development by creating an account on GitHub.

most soundcards have a loopback channel, return channel. that is the one i use, no.matter if the program uses asio or not, the return channel or stereo in, is available by wasapi and asio simultinousy.

VCV Recorder should work fine, but if you prefer OBS you can also use the loopback function of your soundcard to send the audio from your output back to an input and select that input in OBS. I use the ADAT channels of my soundcard for loopback, since I don’t use them for anything else and want to keep all analog channels for connections to external gear. You also might have to delay the video a lttle bit in OBS to get it perfectly aligned with the audio.