I decided to build a little DIY modular system. So straight to the point: say you can’t use Aluminium for the front panels, what would you use? I was thinking about wood\plywood, but I have two concerns: fire hazard and electromagnetism\interference. So another question: is it necessary for the case and front panels to be… eeehmmmm… Faraday caged. Shielded?

Now for a promised tangent. I have my old (10 years already, time really flies) Microbrute and what I always wanted is a noise generator and S&H there. I know that Minibrute has it, but it was too expensive for me when it came out. So I decided to build a little expansion to my synth. I started with noise generator, using the Moritz Klein circuit as a template (read: I completely ripped it off). I will also add a Klein’s S&H circuit there, when I buy the J111, which was surprisingly hard to find.

A nested tangent: By the way, for some reason I call Moritz Klein – Mateusz Kranz. I don’t know where this name came from. I was convinced that it’s his name for weeks, then I reread the youtube channel name and started to question my sanity. I googled the Mateusz Kranz name, never heard of any of these people. Could be a name from some czech\polish novel by Hašek, Čapek, Lem or maybe even Sapkowski

So circuits are easy and I think it would be hard to mess it up (but I will try hard to do it and probably I will see a nice blue smoke at some point). I am actually okay with soldering. I do it in a messy way, but it works most of the times. What I hate is woodwork and metal work. And there’s no way for me for now to buy the aluminium front panels that people usually use from this type of thing. And I hate sawing and drilling and all that stuff, therefore I don’t want to buy a big Aluminium plate and cut it. It would be very uneven and stupid looking. So I am searching for a source of metallic plates right now, but I also decided to ask yous about all that. Cause maybe plywood is okay and it would not burst into flames one day, so I am anxious for no reason. Or maybe you actually know some kind of trick, a lifehack as kids say, hahaha. 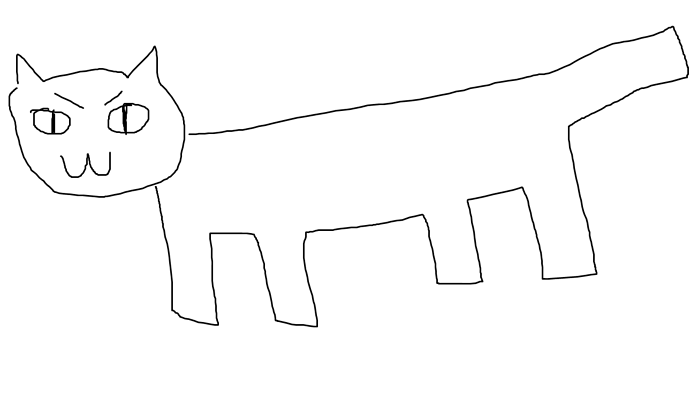 I would think some kind of wood panel would be fine, you know Bastl used to make their modules with wood panels, right?

Sense can convert and amplify the signal from almost any type of analog sensor into control voltage and gate signals.

My Diy modular has a mixture of panels, and a few of them are 4mm ply, black paint and sharpie marker. The rest of the panels are just pcb’s as these can be fabricated at the same time as the boards containing the electronics. 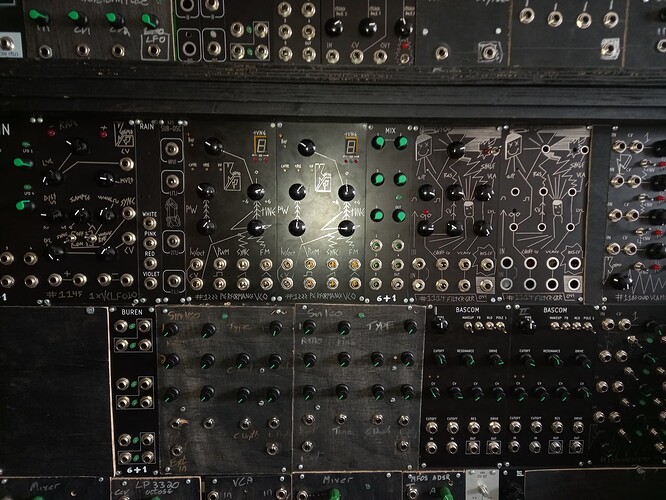 I have never managed to catch the essence of the ply panels in vcv though.

No, I actually didn’t know that! But then again, that’s Bastl and that’s me. I am fine with electronics most of the time. But it takes one error, one mistake…

Looks cool! So the Sin VCOs front panels are made of plywood, right?

Yes, I use ply while I am still experimenting with a module, so I take very little care of these. If I decide to take the design to the next stage I get panels made.

Nice! DO you shield it though? Like with foil or something? Or is it not necessary?

No need to shield, just dont have any transformers inside the box.

Have a look at https://lookmumnocomputer.discourse.group/

Lots of us make DIY modular synths, in all sorts of boxes, with various front panels.

Or Juanito Moors on youtube, he made a modular synth from old food tins. 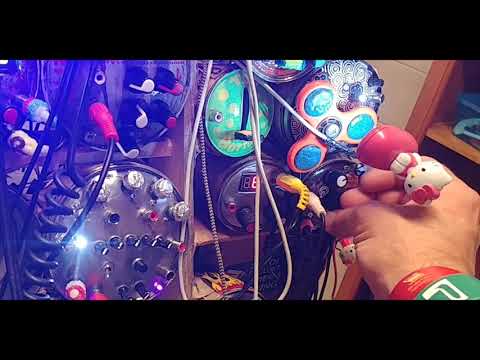 just dont have any transformers inside the box

Oooh! I see. Thanks!

Some time in the last ~50 years, I made some electronic music hardware that had a ~1/8" redwood panel. My PAIA modular mechanical switch matrix used something like 1/16" aluminum for the panel.

5 years ago I built a MIDI board that was literally mounted on a thin piece of plywood. Pretty much throughout my life I built things from whatever I could scrounge. These days I’ve pretty much gotten lazy about building things. VCV Rack enables my laziness

Well, it looks like I was worried for no reason. I’ll keep the topic alive by posting my progress though. Just for fun and encouragement for people to actually build stuff, haha.

Hello Andre, I can recommend plywood for DIY use. It costs practically nothing, is easy to work with and is stable enough. I use 2mm plywood in my DIY project from the beginning.

Hello, Rackers, I am working on a DIY project for a hardware control to provide a haptic experience for VCV Rack. I’ve been thinking about this for quite some time, actually since I started using VCV Rack at the end of 2017. However, it is only now possible with version 1.0, thanks to the great new MIDI mapping module, to assign practically all control elements in VCV Rack to corresponding physical potentiometers, sliders, switches or buttons. So I decided to implement this in a DIY project. I …

In contrary to the MIDI hardware you can see in the photos above, I now use an Arduino or Raspberry Pi Pico controller for each device.

Yes. Lovely. Quite curious about your plans after the prototype stage.

I wish you a lot of fun with your project and if you have any questions feel free to contact me.

Thanks! I should read your topic!

I can recommend plywood for DIY use

Yeah! I see, so I can actually use it, I was thinking in the wrong direction, it seems like. I was expecting people to say something like “are you crazy? The whole thing would catch fire and you’ll DIE”. But it feels like everyone uses plywood! That is… calming

I would think you could use anything. I always did what you state you don’t want to - cut panels from a big sheet of aluminum. Then I spray painted it and used stick on letters for the labels.

At the time I did work in a lab that had a metal cutter and a drill press. Have you considered buying blank panels and getting access to a drill press? I guess you have considered that and don’t want to go that way. 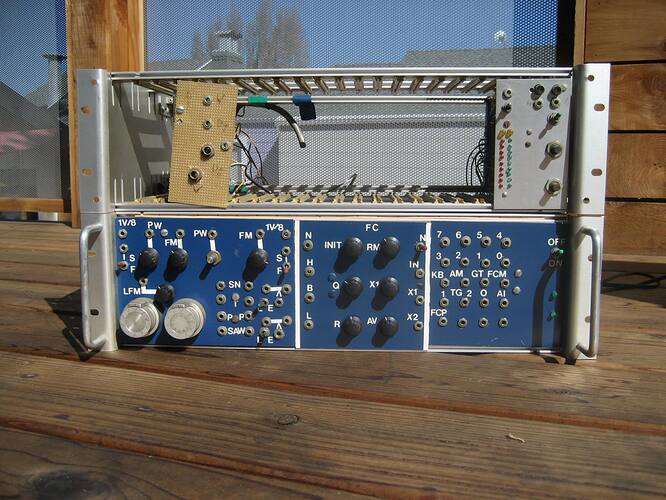 Yeah… I want to make it as cheap as possible. In a good way though, haha. Problem with buying the blanks and drilling the holes is that it’s not free. I am considering an option of doing that though. I really am! But at first I just want to make it a cheapskate dream. So I am making it mostly of the details that I had found or I just had at home somewhere. I had to buy some stuff though, cause it was hard to find and I wasn’t sure about what I had. Like if it works or not. So it’s not completely free, sadly

I spray painted it and used stick on letters for the labels.

It looks very cool! The blue ones are just classy. The grey one is… a bit dull, haha. The whole set looks like an old military thing… Or like a retro futuristic exposition, haha. BTW I was thinking about doing a similar thing with letters and numbers. And it turns out it really looks cool, just like I imagined!

Yeah, the grey one is unpainted, and looks terrible for various reasons. I made this stuff in maybe 1979? It worked very nicely.

Here is my biggest panel, a 3He 4He gas handling control panel for my M.Sc. physics thesis. It was a dilution refrigerator that used a room full of equipment I built to take a 1 cubic cm volume down to 5 millikelvin. 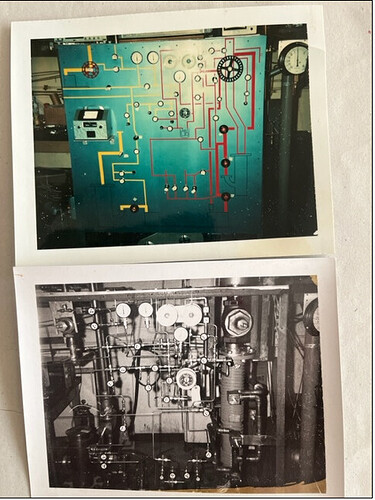 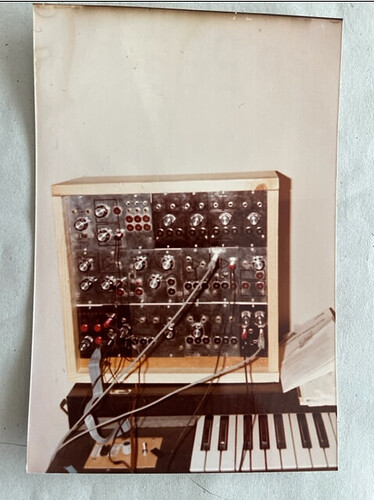 And lastly, my “Fresnel mirror” solar collector from about 1976: 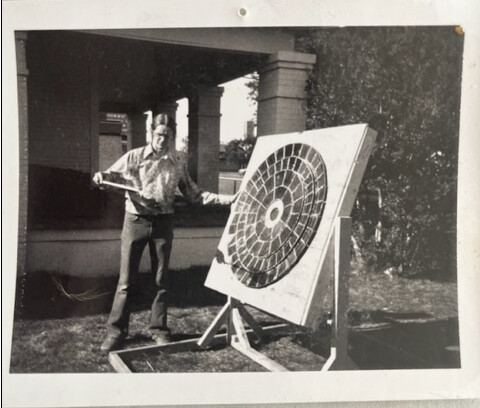 The mirror is cool too! I saw this kind of thing on Mythbusters, they tried to ignite the ship with it. Like in the story about… Who was it? Archimedes? Whatever. Sadly, it doesn’t work with ships, seems like. But I see that something is burning on the photo! Not a ship, probably…

PAIA modular is very cool, by the way. I really think we need some kind of similar thing now too. There are cool not really expensive modular systems now, like Operator Modular and another one that I forgot the name of, it was actually a toy-sized, like a LEGO modular synth almost. But PAIA looks much more solid than all the options we have now in this segment. Well, that implies that PAIA wasn’t as expensive as other systems, I have this belief, haha

I use Front Panel Express for my DIY modules:

These are all in Blacet Frac format: 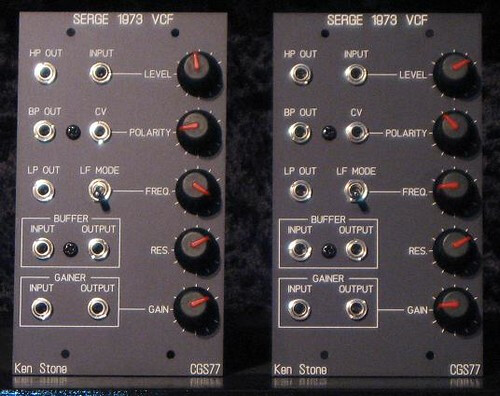 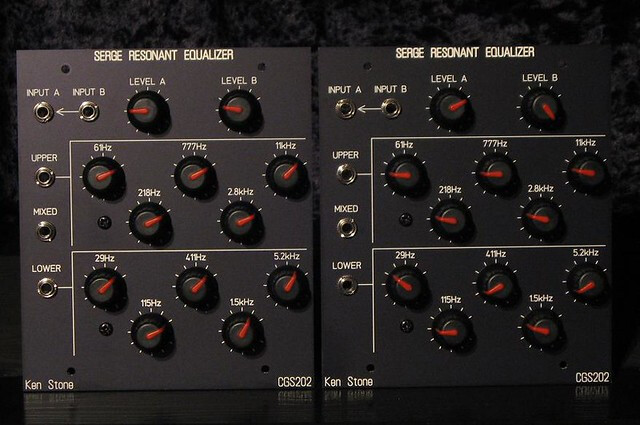 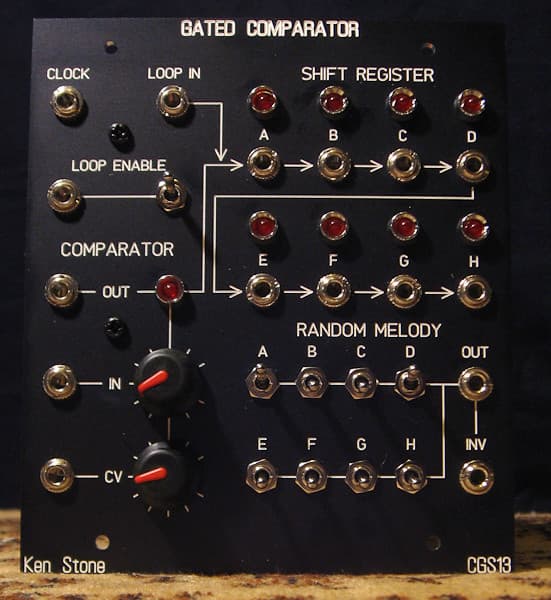 Many people (including some commercial module producers) use PCBs for panels.