I’ve often used polyrhythms or polymeters in my patches. Here is an experiment where I tried combining both concepts in one patch. Two voices, 6 against 8, each playing a different 8 step sequence. The 6 voice uses multiples of 3, 5, and 7. The 8 voice multiples of 4, 5, and 7. I then used that patch as a backdrop for a flute improv during a virtual open mic performance.

I frequently use either polymeters or polyrhythms in my VCV Rack patches. This time I... 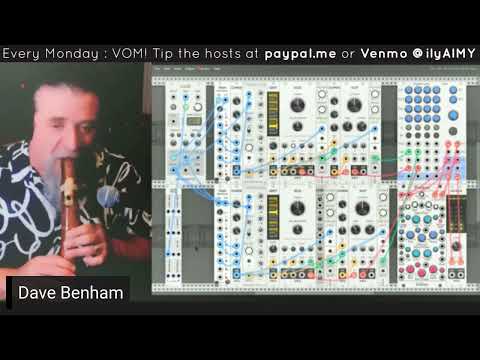 I also uploaded a sweet improv on a triple flute from the same virtual open mic performance - nothing to do with VCV, but I really like it.

I was just thinking after your last patch, “I wonder what Dave Venom could do with a MIDI wind controller + VCV Rack…” 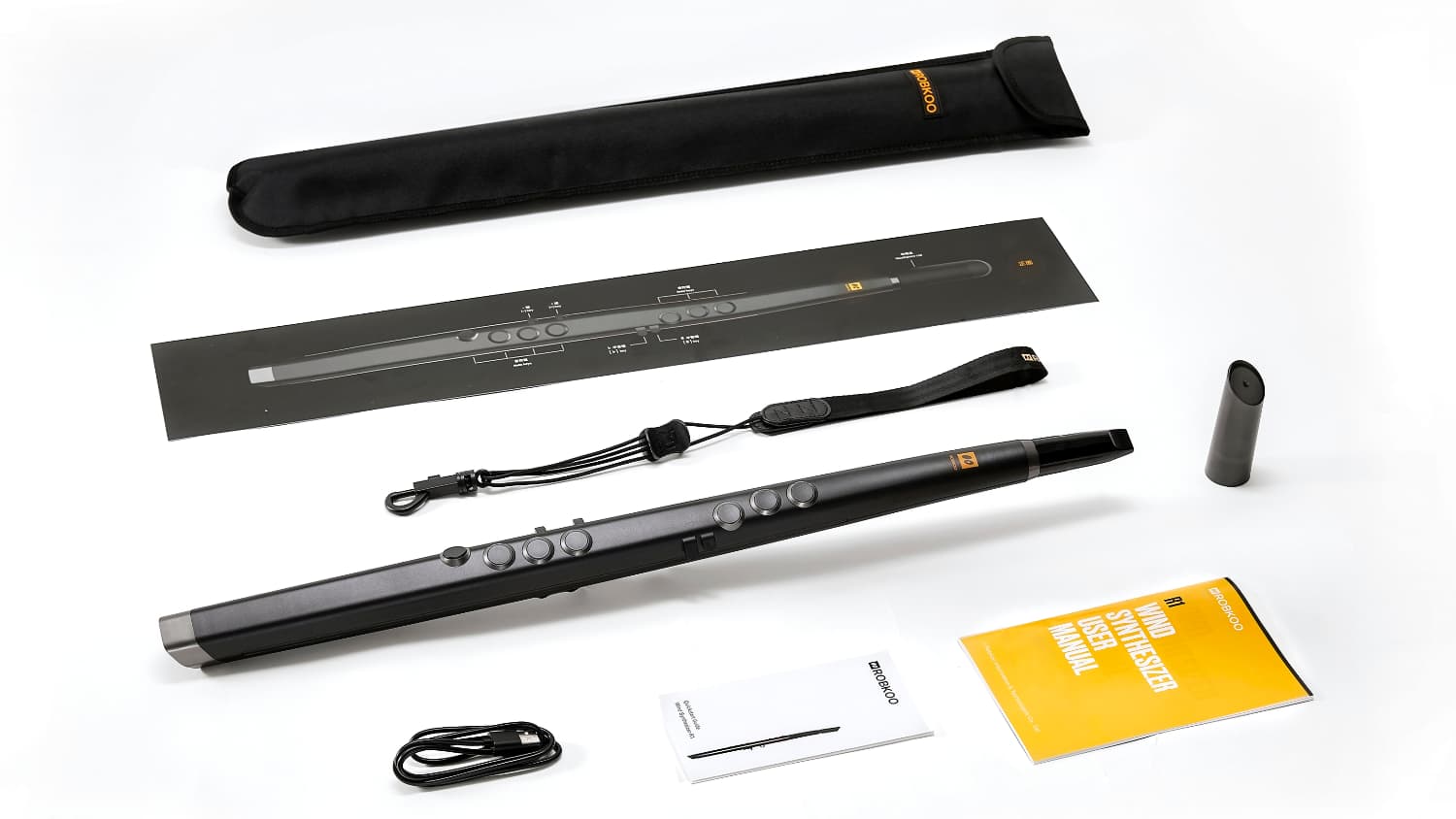 Yeah, I’ve sometimes contemplated crossing that bridge. The instruments I have been most interested in are way too expensive for a casual user. The more affordable ones haven’t interested me as much.

The price for that instrument doesn’t seem too bad. I’ll be interested to see some demos and reviews.

All that being said, I really enjoy pairing an honest to god wooden wind instrument with electronic music (virtual or hardware). Something about the dichotomy really intrigues and satisfies me.

Totally. As you know, I’m a big fan of the results you get from that pairing.

I’m just saying that I would also be interested to hear the results if your expressive musicianship as a woodwind player could more directly control the music produced by VCV Rack. I wonder how it would differ from the music you make with self-playing patches or those that skilled keyboard players create.

In the case of this particular instrument, it appears that you would be able to control both MIDI notes (“in octaves beyond the limitations of acoustic instruments thanks to the triple-octave (-1, 0, +1, +2) keys”) and parameters by:

Hooked up to a well-designed patch, that’s a lot of possibilities for expression, even if only for a passage, in-between wooden flute passages.

I’m understanding the whole woodwind with electronic music. Not nearly as good as your stuff by a long shot Dave, but I was playing with a clarinet sound font into Squinky Labs SFZ player the other day and I was loving the combination.

@Squinky that reminds me. You did really pull a rabbit out of your hat with that module.

Here are two pieces from my most recent Virtual Open Mic performance on August 1, 2022.

Passing a Gray Day Away

The first is a really sweet, playful tune that arose from a pair of Squinky Labs Gray Code modules. I remember seeing Gray Code when I first started exploring VCV, and I wondered, “what the hell do you do with that?” I soon forgot all about them. Then a little over a week ago I saw this repost from rsmus7, and it piqued my interest.

I quickly set up three simple voices that got their rhythm by ORing various gates from one Gray Code, and sampled quantized V/Oct from a 2nd Gray Code running at a different frequency for the melody. I was shocked when a really likeable tune popped out immediately. This was probably the most rapidly produced patch I’ve ever done.

Passing a Gray Day Away | Patchstorage

A Gray Code is a binary representation of integers in which the bit pattern of... 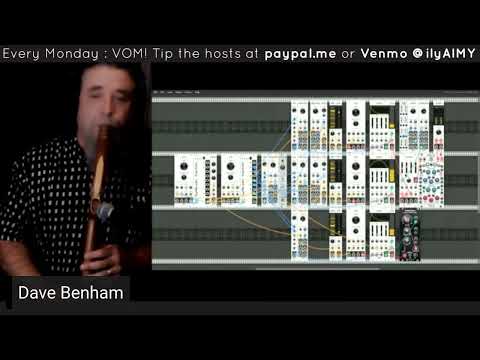 The 2nd piece is derived from a beautiful patch by Auret. The patch he was able to provide is a straight forward loop. I added some automation, including a bridge section, for use as accompaniment with my flute improvisation.

The bridge relies on random Bernoulli Gate triggers, and unfortunately for this performance the bridge was not as interesting as I typically get from the patch. But I still like the video.

I fell in love with Auret's patch from his "Expeditions In Space and Time" VCV... 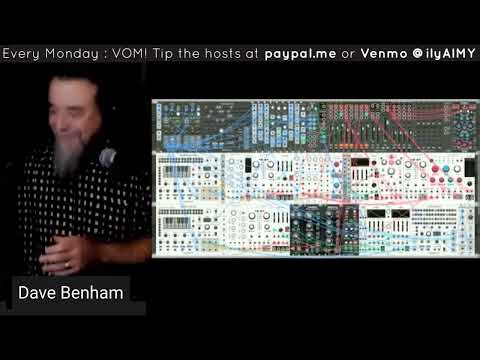 haha, thanks. yeah, it’s cool to be able to play samples of instruments. Not what you want to do all the time, but pretty nice.

in the 80’s I use to write out music on graph paper using grey codes and then play it (manually) into my Fostex 8 track tape deck.

I think maybe it’s helping generate pitches here? It’s funny - I always used them for “triggering” different parts, like turning on a part for a bar or two. I’ve seen ppl use it for modulation things, like controlling harmonic levels and such.

Wow Dave, I love what you did with it. It sounds really cool. I am truly honoured. You’ve taken a simple loop, and turned it into something very interesting. I also really enjoyed listening to “passing a gray day away”. You are very talented.

Thanks Auret. But your starting material was only simple from the stand point that each part was looped statically - repeating itself exactly indefinitely, without variation. But within that simplicity is a whole world of finely crafted intricacy, which I think is what drew me in in the first place. The interplay of the parts with different sequence lengths is delightful - lots of subtle variation within the repetition.

Tomorrow (August 17, 2022) will be my first extended live performance with my friends from ilyAIMY in their weekly Wednesday night “Live From The Lair” broadcast! 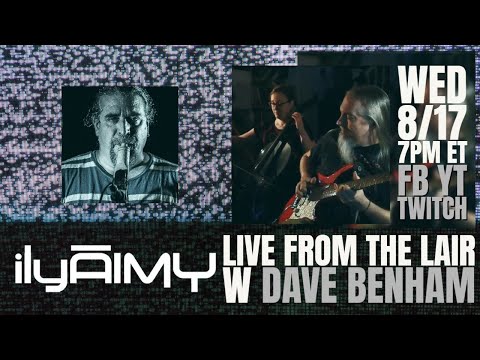 Rob (guitar, songwriting, vocals) and Kristen (electric cello) started the broadcast to stay sane and maintain contact with their fans during the pandemic. When possible, they include some of the other 4 members of the band, and tomorrow that will include Sharif on keyboard. And sometimes they invite special guests - and this week I am thrilled to be invited.

We will be alternating songs for about two hours, and I will be using lots of VCV Rack to go along with my flutes. I hope to be able to broadcast live patch images, but not sure if we can make that work or not.

It should be a great night of music - I hope some of you can tune in.

Bravo! You guys are sounding great together. I tuned in while riding the train this gray windy morning in Melbourne just before you started your Gray Code tune. Appropriate timing. Awesome jams together. That bass PVC flute along with the cello, woof. Great camera work cutting to the different cameras and VCV screen share. Anyone reading this right now, they’re still going.

Oh man, great jam. I noticed something familiar towards the end there

Well I finally did perform my take on Lars’ Dreaming of Ice Trays on August 22, but failed to capture a high quality audio recording. You can watch the raw Zoom broadcast footage here I still wanted decent audio, so I finally recorded an un-broadcast version last night. My video capture software spazzed out a few times, but I managed to get some good audio. [Dreaming Of Ice Trays with Native American Flute] I made a few modifications to the patch: Slowed the tempo considerably L…

Here is Whale Heart, another piece built around my Subharmonicon emulator. This was recorded from my Virtual Open Mic performance on September 19, 2022.

The name stems from the clock rate of 15 BPM, which happens to be the theoretical resting heart rate of a blue whale.

This patch uses a new version 5.2 of the emulator. The main change is the use of the docB Just Scaler for just intonation, which allows you to set the tonic of the just intonation. 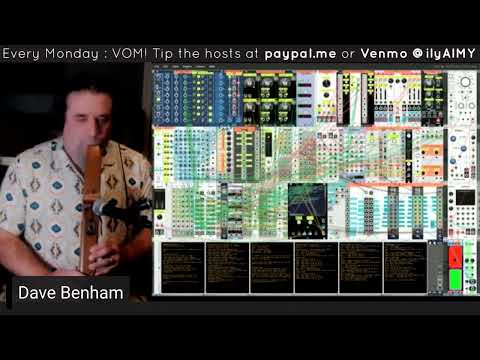 Patch and detailed notes are available

Here is another flute / synth piece derived from my Moog Subharmonicon emulator built with...

Wow! That’s just incredible. It’s definitely one of my favourites so far. 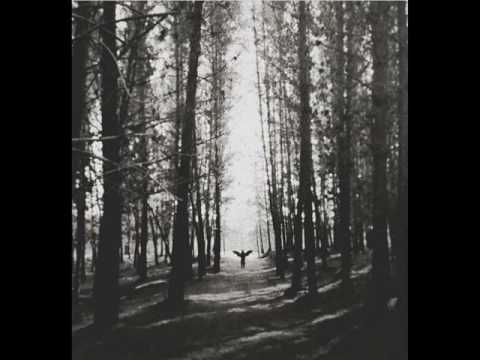 Wow! That’s just incredible. It’s definitely one of my favourites so far.

Wonderful! Thanks! I’ve played it a lot in loop mode as background to Zen out during work. It is also great to fall asleep to - I loop it for 4 plays when my wife and I go to bed. I’ve always been able to fall asleep to music, but if it does not shut off, then inevitably it wakes me up later in the night.

Very cool - thanks! I had never heard their music, but I like it! It also plays beautifully with some flute improvisation. I searched out some more examples, and enjoyed them all.

I’m unsurprisingly pleased to see the Fuse module I created (with your super helpful design insights) in the bottom right corner.

Here is the result of my first experiment with the fixed rack for this year’s Day of the Dead contest. It only uses two uOpulus and a self oscillating Lateralus as noise sources, and a fairly limited amount of modulation. But I really like the atmosphere.

I’ve never used any of the Geodesics collection except for Fate in last year’s contest. And I haven’t used the Vult uOpulus or Flux either. So this is a massive learning curve for me. There is so much more to explore!

I may never get a patch I feel is worthy to submit to the competition, but this is fun and educational either way.

I’m not making the patch available for now. If anyone wants it, I can upload it after the contest is over. 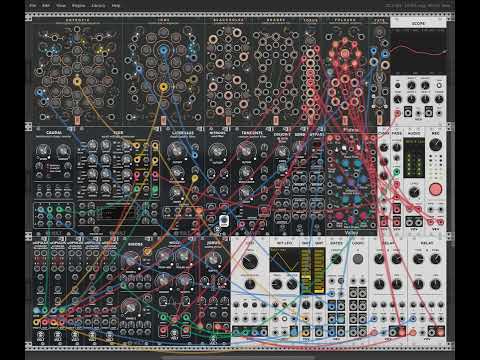