If anyone actually uses it, you may be pleased to know that I’ve updated Pop (the smallest sample and hold module going with a chortling hamster on the front panel) to work with Rack v1.

Repo and read me here: https://github.com/chortlinghamster/modules

Builds right up on Windows!

This is actually a really useful thing to have. It goes great with the @Squinky LFN module for a compact way to get stepped random values.

This release includes the new module Bitwise, which is four sample and hold circuits whose triggers can be affected by a “pattern filter”. 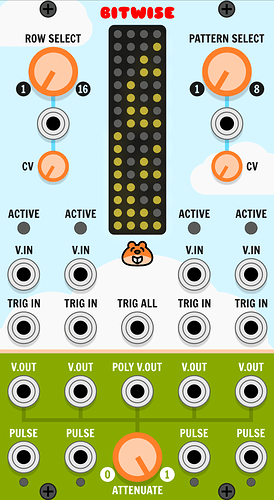 Documentation for Bitwise is on GitHub. I’ll do some video tutorials when I get some time later this week.

Thank you to all the beta testers who helped me with the release, and to @vortico for making such a great SDK and answering my C++ noob questions.

Just put together a patch with it over on my stream: twitch.tv/dag2099
It’s pretty good but i would like to be able to make my own patterns.

Thanks. I’ll be starting work on an expansion module for Bitwise soon which will enable you to create, load and save banks of your own patterns. 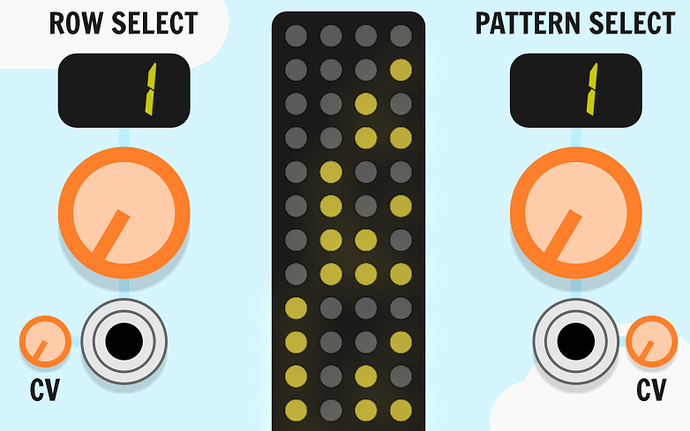 I’ve put in the request to add the new version to the VCV Library, so hopefully it should be in there soon. If you are chomping at the bit you can download binaries for Linux, macOS and Windows from the GitHub.

Edit: Whoops. I forgot to thank @marc_boule. I looked at the code for Clocked to help me figure out how to do the segment display. Thanks, Marc!

Glad the code could be of help!

I’ve released version 1.1.2. Only a little update to how Bitwise displays its numbers and the pattern LEDs. No changes in how the modules work behind the scenes.

You can get it on GitHub or wait a few days and it should hopefully appear in the library.

Modules for VCV Rack. Contribute to chortlinghamster/modules development by creating an account on GitHub.

Apologies for radio silence lately. Stuff and things getting in the way.

Belated happy of the newing years and all that.

Just working on a new module which I should have finished over the coming weekend.

It’s called Mum. It has ten mutes which can be turned on and off by toggles which can be queued to “fire” by a trigger signal. If you’ve ever used clip launching in Ableton Live, it’s kind of like that, only you get to choose when the mutes get toggled by when you send each trigger.

I’m going to write up the documentation, finalise the panel and do some tidying up, then I’ll release a beta on Sunday, hopefully.

Here’s a picture of the panel right now. 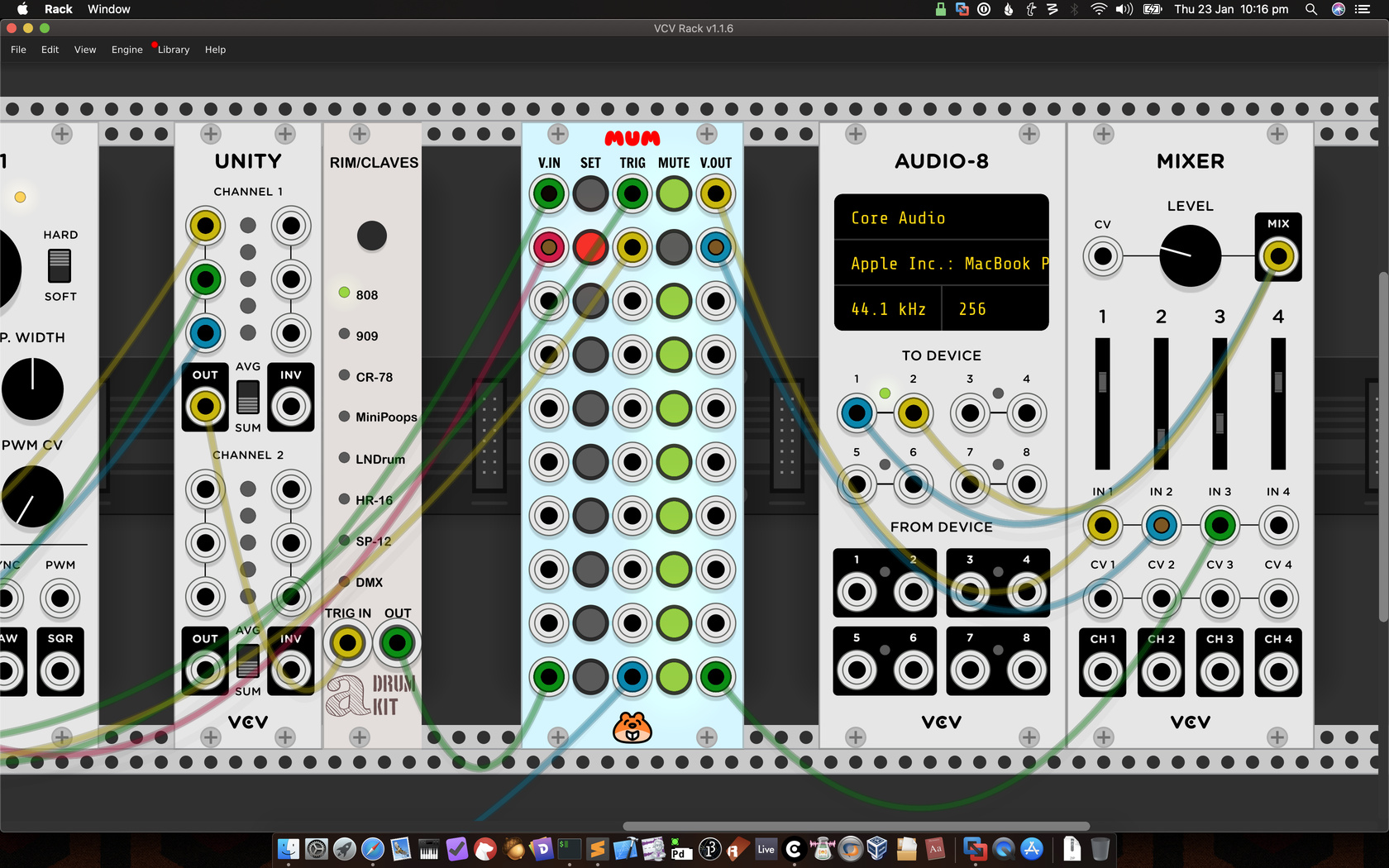 If someone has already done a similar module, my apologies. Scratching my own itch here.

There was a similar module sometime last year on Facebook but it never came to fruition. If I understand correctly it will delay a mute until the trigger? Very handy!

it will delay a mute until the trigger

Yes. And you’ve summarised it way better than me.

OK. I’ve published a beta version of Mum on GitHub in the 1.2.0beta for y’all to have a play with… (Temporarily taken down whilst I concentrate on migrating to v2.)

Things not done yet and thoughts:

So far so good on windows!

Ooo! That’s a cool idea! And it will be a nice challenge for me to code up.

Another way for the user to set it could be instead one SET button have a row of, say, eight of them, numbered. Click on the “countdown” number you want to set. Then you would also visually see how long you had left.

But I’ll get started on the right click version over the weekend. Nice.

Yeah if you can get it on the panel why not! Would be more UX friendly having them on the same row and some arrows next to a display, something like - 8 + if x triggers == 8 mute. Would only be a few more HP.

ML has a module called “trigger buffer” that does the “not triggering until the next trigger” thing.

Hope everyone is well. Apologies for the lack of updates. Reasons. I now have some time again to work on this. I hope to have a new beta of Mum (the name of which may change) for you to try out in the coming week.

Thanks for your patience (if you were waiting, that is 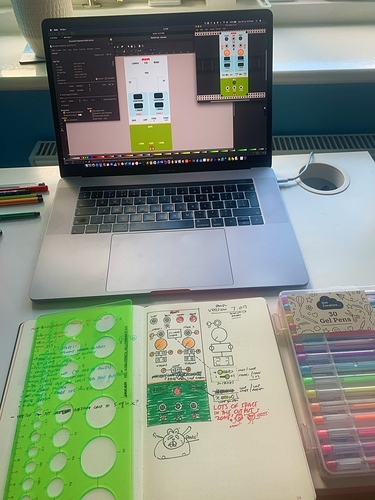 I hope to have a new beta of Mum

Is that Agamemnon’s mother?

Actually, Agamemnon’s Mother sounds like a really great name for a jazz fusion speed metal band. (Or the new name for the module…)

I hope to have a new beta of Mum (the name of which may change) for you to try out in the coming week.

when is the week coming?

any news about mum?