I’m working on a new module, but I want to ask if I should continue to develop it in case it’s too similar to existing modules. There’s so many now it’s hard to keep up!

Lop takes a voltage input and processes it so that the output voltage is clipped to a plus / minus range around a “middle” voltage.

So, if you set the middle voltage to +6v, and the range to 2v, only input voltages between +4v and +8v will be sent to the output. Any voltages outside that range will be ignored and the last “good” value will be held until the input comes back into the “allowed” range again.

Here’s a screen shot of my first working version… 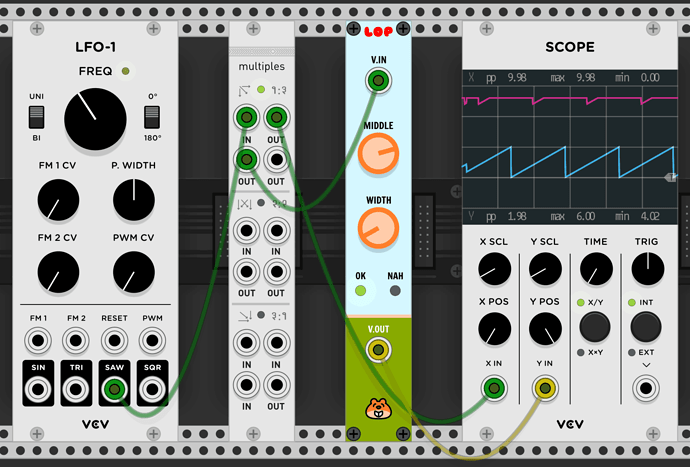 I’m thinking of letting the “middle” and “range” params be modulated by CV, making it polyphonic and some other doohickeys.

If you allow it to actually amplify the signal too, that would be nice. It’s some kind of convention coming from the hardware modular world that these things don’t often allow amplification of the incoming signal, right? But there shouldn’t really be any reason to have that kind of a limitation with software… 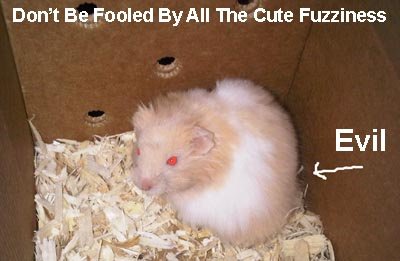 A most excellent idea.

Thanks, i will try.

Yes, this would definitely be useful for me! This might be similar to what’s already been said, but the ability to wrap around values that are outside of the range instead of ignoring them would be excellent.

This seems similar to Aradicity’s Clip Limiter. That one seems to let you independently clip the upper and lower voltages. I don’t bring it up to say “don’t do this,” quite the opposite. Check it out, see if it’s similar, and if so, see what you can do differently. For instance, a single width control that can be CV modulated would already be different enough to warrant a different module IMO. Ability to modulate center voltage? Another cool feature that would make yours stand out. Etc.

Yes, it does. Thanks for telling me as I didn’t know about that module. It’s very good indeed. It’s similar to what I was thinking of doing so I feel a bit queasy about carrying on.

(Has sit down. Has a cup of tea and biscuit. Thinks thoughts.)

However, nothing new in Hollywood.

So, that’s… modulate the middle, wraparound the voltage, amplify the input, modulate them, too, and…

Thanks for all the feedback.

They’ll do similar things in very different ways, and with different features. Nothing wrong with that. Looking forward to what you come up with!

The XOR AttAmp module can do this if you need it now (aside from the middle voltage idea), it is switchable between wrapping or not wrapping.