This sounds really cool. The warbly pitch is awesome - I imagine it’s coming from v/oct input to the oscillators, modulating the x/y in sound stage, and/or the delay lines. Yes/no?

The warbly pitch is awesome - I imagine it’s coming from v/oct input to the oscillators, modulating the x/y in sound stage, and/or the delay lines. Yes/no?

I think that the warbly tone is actually from modulating the sound positions in Sound Stage with random voltages. The CV into the oscilattors is steady.

This is not a “This is music” post. This is a LOL look what Rack can do. And once again it points out how @stoermelder ‘meta-modules’ totally change what Rack can do. It uses Transit on 3 different modules (Macro Oscillator 2, SuperCell, and @AlrightDevices Chronoblob) to morph between presets. The different presets are selected randomly based on the sequencer triggers, so every “note” is a different preset. This is definitely what my wife calls “What’s wrong with the stereo?” music.

I used the @Squinky.Labs compressor on every channel because all 3 of the modules being abused here can generate really loud audio. I love how when the compressors open up fully there’s some residual hiss that blooms from … somewhere? No idea where. 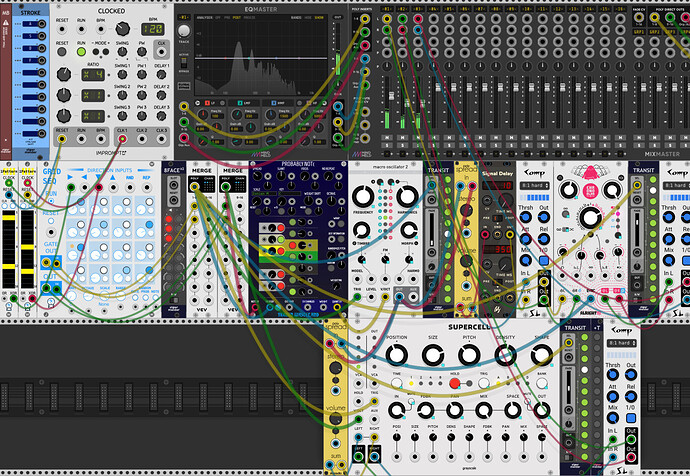 Oh you and your non music! Another fabulous discovery on your part! Gonna give this a going over and see what mayhem I can create. The perfect Christmas present! Have a good Christmas and a better New Year. All your patches have warmed my heart through this Covid ridden year!! Thank you kindly sir!

I used the @Squinky.Labs compressor

thanks! I looked at this patch and thought "I’ll bet he’s gotta compress this a lot to got the crazy dynamics under control

I don’t want to come off as badmouthing any plugin authors but the Squinky compressor is the first one I’ve found that sounds as good as the vst compressors I’m used to using.

Thanks! That’s very nice of you.

Ill give your compressor a go too Eric!

So first patch of the new year, exploring how to use VCV Parametra to manipulate the tonal balance of a constant drone. It’s a good one for headphones since there’s a ton of moving stereo information in there. It’s one of those ‘never the same river twice patches’ and it’s interesting to listen to it with your eyes closed to see what you hear in it.

There’s a psychoacoustic phenomenon in more or less steady-state sound environments like this: You really do hear changes - since the filter curve on 4 different sound sources are constantly changing. But your mind also synthesizes patterns and changes and melodies in there that are an illusion. 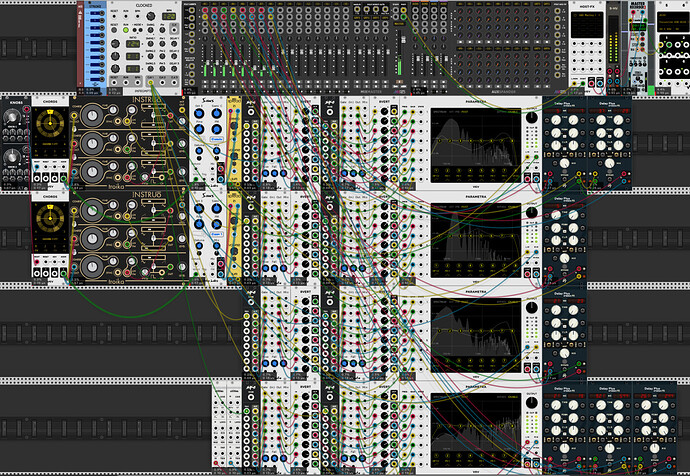 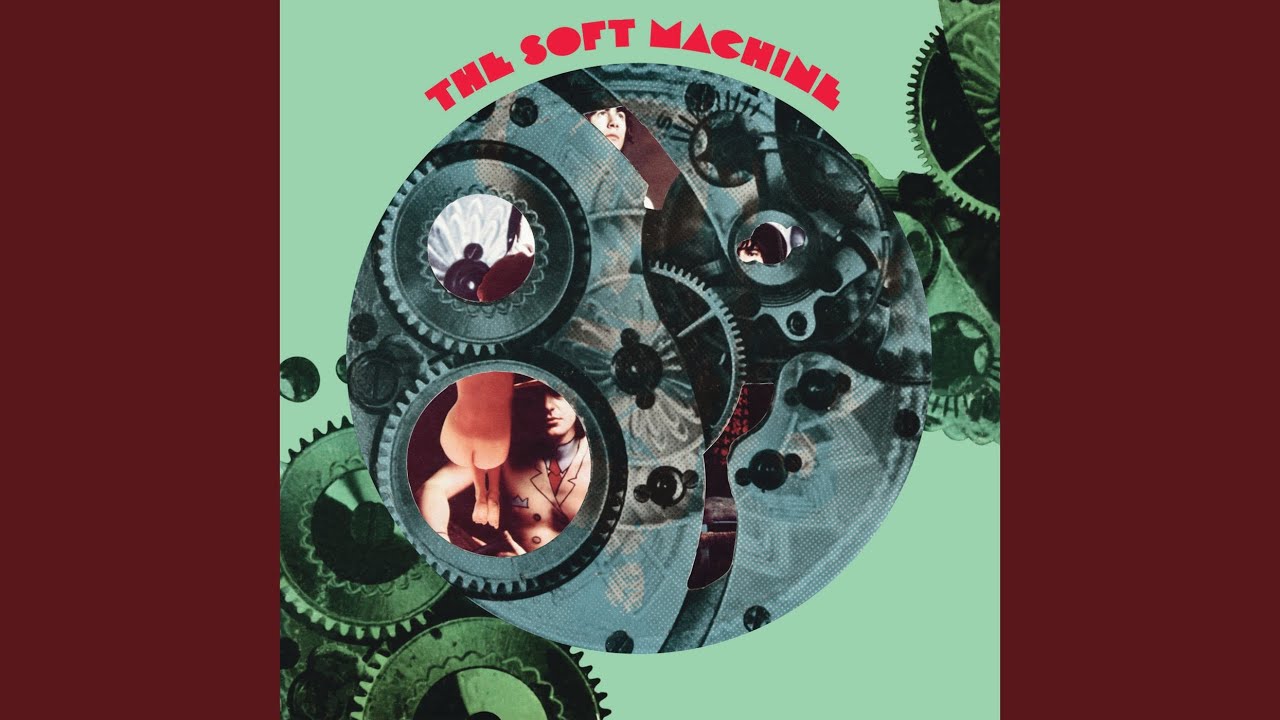 I know around that time they toured with Hendrix. sounds like a good show!

Hello, are there other modules that will do the same as VCV Parametra, never bought that one, is the sale still on? Like the Soft Machine track as well. The vocals even I could do, huzzah!!!

This is great! And there’s absolutely fantastic music in there. I’d like 0:48-1:01 as a track, please

So well, OK, after watching the events in Washington DC yesterday this is how I escaped.

One of my favorite tricks - use a NYSTHI 5 step sequencer but clock the two different parts at different rates, then average their values. So you can have a short repeated pattern but the second 5step sequencer modulalates.

Also an exercise in trying to control messy noisy sources - there’s a Hainbach Wires plugin in delay mode with the delay time modulated. And once again I get the live performance in a state where it’s silent for several seconds and leave it in because, why not?

If you’re going to go to the trouble of figuring out how to make a track live, might as well stand by your decisions and the mistakes once it’s done.

Plus when you have long reverbs and delays in the mix, you can’t cut the track seamlessly because you splice together mismatching reverb & delay tails.

Yup I was quite shocked by the Stormtrooper’s that nobody told to do anything, suddenly invaded Congress! I have created some tracks in response to these events but my Internet wouldn’t let me upload them to Soundcloud, it just did not have the energy yesterday. Is there no patch for this one? I would be really interested in all the delays and reverbs you used and how you set them up. Go on go on!

Is there no patch for this one? I would be really interested in all the delays and reverbs you used and how you set them up. Go on go on!

Thanks chaircrusher, much appreciated. Let’s see what wonders I can perform with it, is there any paid for modules by any chance?