This is my first release on physical media, on Carpe Sonum Novum. I’ve self-released a ton of music over the years, and pressed 2 records in 1999 and 2000, but it’s gratifying that someone else wanted to invest in releasing my music.

Carpe Sonum was started by Dave from Earrational Records. Earrational was the US distributor for Peter Namlook’s FAXLabel, the premier ambient label in the 90s & 00s. After Peter died suddenly in 2012, Dave started Carpe Novum to release CDs by FAX artists.

Carpe Sonum Novum is the sub-label for “Special Projects” of which I guess this album is one. It’s available below for either digital or CD purchase.

I released “Sinedub & Other Numbers” myself in 2018. This new version includes a bonus track, “Acorn Squash” not on the original release. You’ll notice that the label art incorporates a screenshot of the Rack patch used for the firs track SNDB. 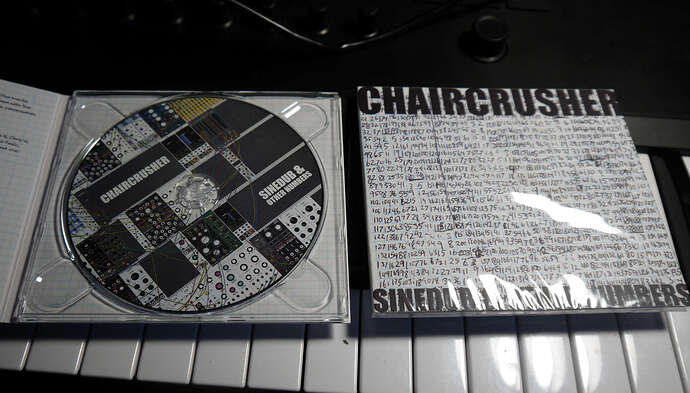 I was going to say that. I’m enjoying the VCV art. And the numbers.

track 7 ‘Inner Marshlands’ is my favorite

I pickup a hint of FSOL vibe here and there.

Congrats on the release, nice work.

The ‘numbers’ on the cover is the score sheet for the game Qwirkle, which my wife & I play obsessively.

Qwirkle! I love that game