I’ve used a MOTU 828 MK3 Hybrid for years and never really considered any of the benefits outside of CV and Input/Outputs. In using VCV Rack more, I’m wondering about performance optimizations or upgrades.

Is there any benefit to getting a higher quality audio interface when it comes to VCV Rack processing and quality?

My current system specs are as follows:

I also have a

I’m running the Expert Sleepers ES-8 paired with the ES-3 and ES-6 for extra CV/Audio ins and outs. That is tied to my Universal Audio Apollo Twin using ASIO4ALL under Windows 10.

On the laptop side I use a Microsoft Surface Book that I’m incredibly happy with regarding performance.

can you give any examples of the amount of modules and vsts you are running while maintaining performance? for some of the videos I’ve made today I start getting choked up when I run the screen recording software and some slight glitches (unintentional) here and there without. This is while using the core audio in the mbp because I’ve been too lazy today to hook up the MOTU and get it working correctly with Camtasia

the number of modules is not really telling you something about performance,
I could load one Plateau or 7 Bogaudio VCO modules and have the same amount of cycles used.
Some modules are really heavy and some are light for the cpu/audio/graphics.

imho the combination of cpu,graphicscard, soundcard, driver etc is relevant for the performance,

I had a patch that was giving me crackles when I wanted to record it with OBS,
untill I found that it was only a routing in the patch, that I needed to change, that was causing this.

Your audio interface only affects Rack’s performance insofar as it and its drivers are stable. Rack’s performance is going to be most heavily impacted by the single-core clock speed of your processor, and your graphics processing ability (though that is somewhat less important).

The only reason I could think of for upgrading your sound card is if you have some evidence that it’s not working as it should. For instance, if you find that Rack runs noticeably smoother when you’re using the on-board audio in the MacBook, and you’ve already made sure that you’re running the latest drivers for your MOTU (if applicable) and/or you’ve completely reinstalled the drivers (again, if applicable).

The most beneficial thing you could do to get better performance out of Rack is running it on a different CPU with a higher single-core clock speed. Obviously, that’s not much of an option if you’re on a laptop and can’t upgrade the CPU, but it’s worth keeping in mind when it comes time to upgrade to or build a newer system.

Those are powerful computers. The MBP looks particularly well specced for Rack.

A notorious source of audio glitches is running screen recording software at the same time as a demanding patch. Many have resorted in the past to recording the audio out of a patch separately, and then making a video of it. People rarely seem to notice/care if video and audio are out of sync.

Unless you are running particularly demanding patches or running at sample rates > 48k I am not sure why you should be getting glitches though. I record Rack videos in Screenflow on a 2015 iMac and have never run out of CPU or had to resort to recording video and audio separately.

With regard to VSTs in Host(/FX), some are not amenable to fast modulation. Increasing the buffer size to 512 or greater in the Host(/FX) module may help (at the expense of latency). If you take out the VSTs altogether and still have issues, even with considerably larger patches, then that would be a headscratcher.

I looked at your Vimeo videos and your MBP should easily handle those patches from a performance point of view. You have less mS left with ‘Heavy Load’ but not enough to cause glitches in my experience when recording. Something though, that is off screen, appears to be eating mS because the modules that are visible do not account for anything near the amount being used.

Try using an alternative for whatever it is and see if the problem persists ?

People rarely seem to notice/care if video and audio are out of sync.

What? After all the time I took? Hah…

thank you and everyone else for detailed replies.

I didn’t even see the block size option on the host-fx modules, shifting that from 128 to 512 dropped their ms meters in half. I’ll start playing with that, I’ve also upgraded to the latest version of Camtasia which has made a large difference in its resource usage.

For your Lenovo you can select the dGPU to be used for specific programs in the Nvidia control panel.

For your Mac it might be helpful to place it on a cooling pad as they seem to be pretty thermally constrained due to the thinness and quiet fans… this really shows up with the new i9’s being slower than the i7 in many basic tasks.

just to continue this saga

i setup everything on my lenovo as well and did some side by side testing. A couple things I noticed was that offloading things to the GPU made a huge difference. The asio4all drivers were not my friend when it came to using Camtasia to record screen/audio, and ditching the analog heat plugin and interface almost completely got rid of any issues.

eyeballing cpu usage via taskmanager/activity monitor I’m seeing vcvrack run around 30% cpu 16% gpu on windows, and 75% cpu on macos, along wiht camtasia hitting 5% on windows, and about 30% on macos, along with an insane amount of fan noise from the mbp. Both laptops are on top of the same triple fan cooling pads (although mbp from what I’ve read don’t gain much benefit from this kind of cooling).

either way not using overbridge (beta) or the heat vst (beta) made things much better. 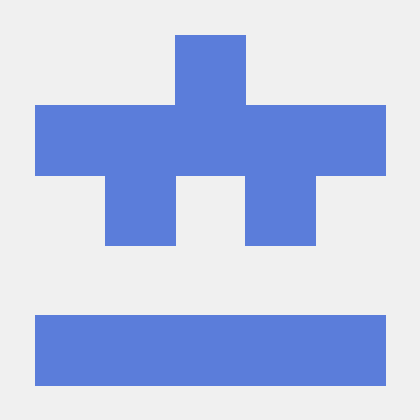 we can maybe merge this into Less CPU hungry VCV Rack alternatives? which seems to be something closer to what I was looking for, a way to offload or optimize cpu useage and performance

I’m not sure how trustworthy top is on posix systems for gauging Rack’s performance. It will tell me 100% of a single core is in use just piping a VCO-1 to an Audio. But sysprof tells me that only around 30% or so can be accounted for. So the posix/mac task managers are doing something that the windows one isn’t