and as a pseudo-random CV generator that is connected to the current state of the cells of the automaton.

This is a simple demo (the example patch is included in the examples directory) in which it is also used to generate an ambient-like soundscape: 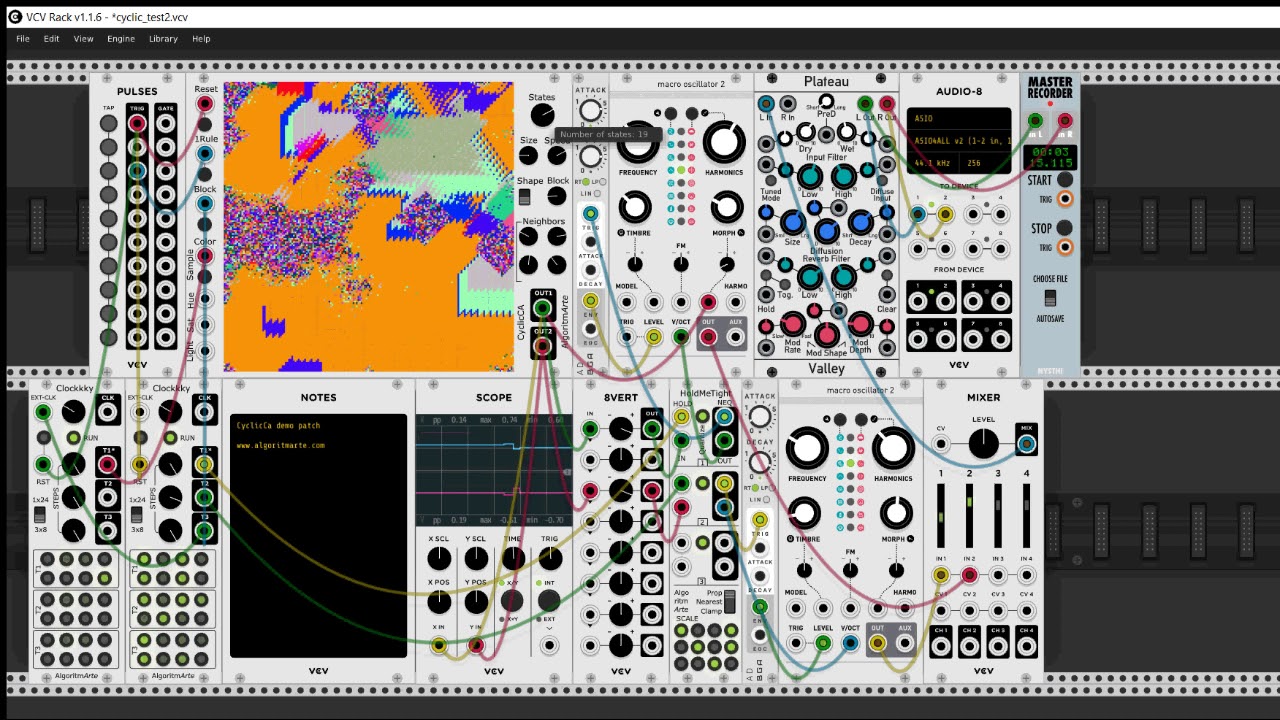 I just uploaded the source code to the repository, it will probably appear in the library in a few days.

Hello I have just downloaded the Cyclic example and it did not work on Windows 10. It just said there was a missing json file. It does look good, I’ll load when it is in the library. Thanks

Thanks for the feedback. Perhaps you must copy the new plugin.json in AlgoritmArte directory. The example also requires Valley Plateau, Bogaudio AD and Audible Instruments Macro Oscillator 2. Let me know if you cannot load the example when it is in the library. I’ll also check if it’s ok when run on a clean system (I’m using the same environment for developing/testing and perhaps and I forgot something).

Any chance of support for Modular Fungi’s Lights Off feature ? Would be ultra-cool.

support for Modular Fungi’s Lights Off 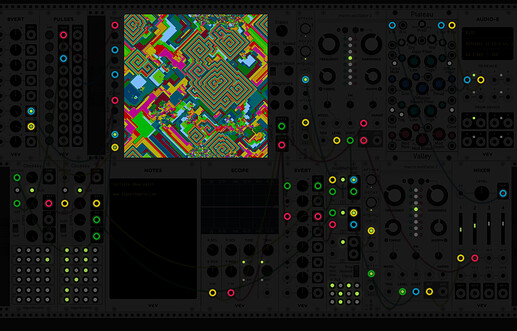 … I’ll include it in the next update (as soon as I find out the difference (if any) between draw() and drawLight() and if there is a way to let the user choose if he wants to see the CyclicCA panel in lights-off mode or not).

By the way, if you can compile it from the repository, just change the two lines:

Yep, that’s what I’m talking about.

I made the changes, rebuilt the plugin, the module works perfectly with Lights Off.