Hi.
Long story shortened - I watched the latest video from @Omri_Cohen on additive synthesis and it got me to a’thinking. I had used Beau Sievers’s page as a guide to basic synth stuff and wanted to do additive synth to create a basic ramp/sawtooth wave from sines.
See the pic below for a guide.
In the top row I had used 6 VCO-2 with the fundamental at C4 and 5 harmonics at 2x, 3x etc the fundamental. In the mixer I set the levels of each at 0, -6, -9.5, -12, -13.9, -15.5 dBs respectively.
In the second row I had from left to right the Chebyshev, Additator, Peneque and XFX Wave. The Cheb had it’s Fundamentals and 5 Harmonic levels set accordingly. The settings for the Additator were ‘eyeballed’ in the spectrum Analyser below them and I used the spectrum from the Peneque output as my reference. Peneque and the XFX had their fundamental and 5 harmonics drawn via their GUI. 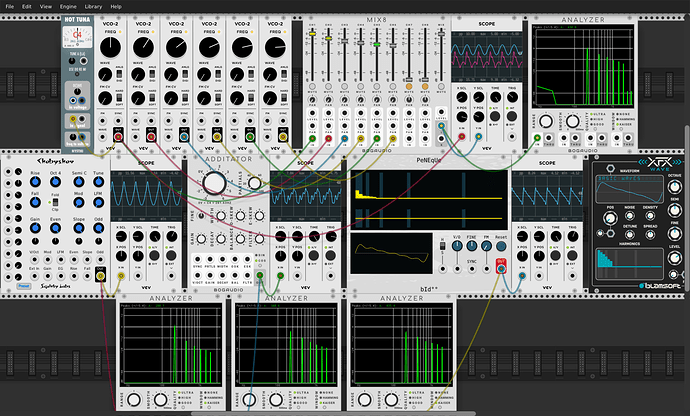 My issue - Considering all spectrums ‘lined up’, only the Peneque and XFX gave me a rough, decent looking ramp/sawtooth waveform as I had expected considering the small number of harmonics used. As an aside I used @Vortico’s WaveEdit separately and gave me results like Peneque.
The 6 VCO-2 gave me something iffy as a sawtooth, the Cheb no where near a sawtooth and the Additator’s wave was a garble as though there was some FM modulation.

So the question is - are my various methods with these VCO’s valid? Should I get a sawtooth for all methods based on the spectrum or is there something fundamental (fundamental - get it?

) about each plugins design that negates my test?
Thanks,
Chris.

pity nobody is considering nysthi::phasor as a valid element
I know that is CPU intensive (it contains 32 oscillators, but you can disable 16) but is the GOD of the Harmonic oscillators when you want to explain how the fourier series work

Only tested it once so far, but i really like it

I use it all the time but I don’t really know enough about the theory stuff to do demos (I just use it for big base drones).

pity nobody is considering nysthi::phasor as a valid element

You don’t get a sawtooth with the fundamentals because the phases of the individual waves are not aligned. So it seems that the additator also uses free running phases and I don’t know what exactly is going on in the Chebbyshev - was expecting a sawish wave there… But it doesn’t use idividual oscillators and instead distorts one sinewave with harmonic distortions, so it might react differently.
In the lower row of the XFX Wave and Peneque you can play around with the phases to see how they affect the shape. (And you can also do this with NYSTHI::Phasor!)

16 are lfos running 1000x slower to do visualizations: you can disable it in the contextual menu

I assume that is the “Low Power Mode” option in the context menu?

You don’t get a sawtooth with the fundamentals because the phases of the individual waves are not aligned.

Ah yes, non-aligned phases now makes sense! Thank you!
I added the output of the fundamental VCO-2 to the hard sync of the 5 harmonic VCO-2s and voila

image.png1098×383 178 KB
I saw Additator has a SYNC so I gave it the the same signal from the fundamental VCO-2 and double voila! 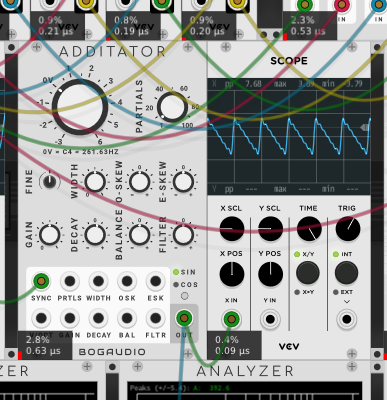 pity nobody is considering nysthi::phasor as a valid element

I don’t know what exactly is going on in the Chebbyshev - was expecting a sawish wave there… But it doesn’t use idividual oscillators and instead distorts one sinewave with harmonic distortions, so it might react differently.

As noted, phase explains all these. Chebyshev uses the first 10 Chebyshev polynomials, which you can find on wikipedia. The levels of each harmonic are perfect, the phase is somewhat arbitrary. Of course the phase of any static waveform is arbitrary - like a sawtooth, for example,

That said, we take the quality very seriously, and if the harmonics were very impure or otherwise wrong we would try to fix it. Originally it had quite a bit of DC mixed in with the harmonics (sometimes). We fixed that immediately after it was discovered by a customer.

Of course in some ways these are apples to oranges, as I learned from Omri’s video. Each of these VCOs has something unique that makes it sound different from the others. The Bogaudio has the ability to detune the harmonics, which is really cool. Cheby can’t do that, but Cheby does have FM and a wavefolder and other things.

Chebyshev uses the first 10 Chebyshev polynomials, which you can find on wikipedia.

I should have finished university. 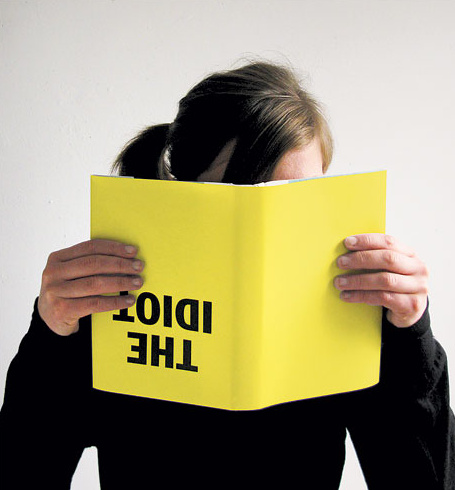 I should have finished university

I barely made it through. TL;DR - these polynomials give a very cheap (low CPU) way to make a “harmonic oscillator”. They also allow natural evolving timbres that are kind of “brass like” if you vary the level of the input sin. So that can do lots and lots of things with very little calculation, but they can’t do everything.