Really @synthi I’m not complaining. That weird resonant buzzing that happens every so often with Plateverb is a feature not a bug.

What causes that? Am I pushing the parameters too hard?

never found the cause… I worked a lot on it

Haha! I remember way back when I actually thought it was a feature

TBH I had no idea at the time which module was causing it. 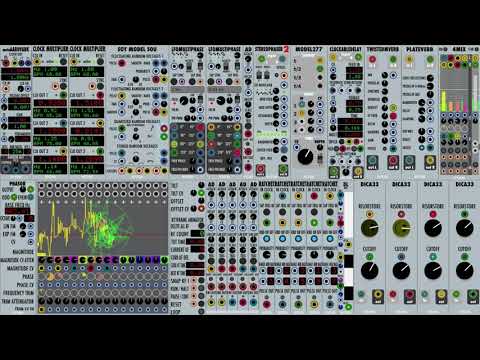 You’re bringing the experience of working with hardware audio gear to the virtual world! I wonder how many times have I had a track up for mixing and said “where is that weird sound coming from?”

This sounds like a case for Valgrind! If you run Rack under valgrind it will glitch constantly, but if there’s any dodgy memory accesses it will find it.

I remember years ago I was working on mechanical dynamics simulation software. The core solver was written in INSANE dusty deck FORTRAN. There was a problem with it not converging as quickly on a solution as the Big Brain who wrote the algorithm expected it to. We used valgrind and found a place where it was using a garbage index into a Fortran table, and it was scribbling in the intermediate results.

It still converged on a solution eventually, but once we found and fixed the bug it got way faster.