I tried it as you describe, but it didn’t work, some weeks ago at least. But the embed link worked always, when the video is set to allow embedding.

are you guys talking about getting the video to show in this post w/o having to go to youtube? i think you just need to copy the youtube link first before you type, or make sure there is a one line space between your text and the url link. Sorry if this wasn’t what you were talking about, just guessing what embed means…

you don’t need to use an embed link. as @AdiQ said, you just need to make sure the link is on its own line, with an empty line before and after it, if it is surrounded by text.

Hi every body,
This is my entry for this edition. I had a lot of fun jamin’ with ASAF-8. I discovered that it can be an envelope generator if nothing is plugged in the input. I didn’t use this function since “Envy” gives so much for that purpose. Almost only mscHack modules in this patch.
Have fun!

Hey Guys and Gals and Rackerz :D.
This time is a special day. Sun is shining, birds singing and I celebrate 100 subscribers on my channel. Thanks for everyone subscribers, many hugs for you. I also created this patch with the VCP-28 in mind. This time without the use of external vst pugins. Once again, I want to thank everyone who subscribed to my channel. It was a fascinating year of new experiences and new knowledge. What remains to promise you that I will continue to create new projects at VCV Rack. I hope that what I do you like and will try to meet your expectations in the future.

I found one small bug in my patch. Whoever finds it will receive the boss’s handshake from me

It’s possible that there are a few mistakes I found one of the basic ones. Despite this patch works.

I shared the link of your post/patch/video on Bliffton’s discord, I think he is going to appreciate it.

Thanks all for helpful comments. The link to patchstorage is:

I’m just copying the URL from the browser. Hopefully I’ll get better at this. Took me a while just to get the screen shot to fit patchstorage 1024Kb limit - lol

Thanks. I’m not on discord and don’t know Bliffton. Shall I make an account? But I’m glad that you found it good. Thanks again.

I like discord quite a lot. But I’m not advocating that you make an account. That is up to you.

But I’m sure that there is a lot of people here that uses discord as a communication tool and more.

If you ever create one, here is bliff’s discord channel invitation. 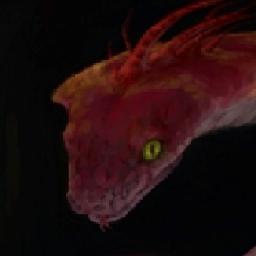 Check out the Land of Bliff community on Discord - hang out with 50 other members and enjoy free voice and text chat.

Everyone is welcome to join BTW.

@Jamuud I like the mixing and meandering of the voices, maybe a bit too long imho

@dag2099 your first patch is really nice, for me it has a krellish scifi quality in a good way
the second patch is a bit disturbing with an interesting mix of voices

@jedrzejewskimk I like how you patch slowly builds up and changes over time,
not boring by repetition at all
your sunday patch makes good use of the new Starling modules, nice mix of voices

@musicHack great use of the Karplus, gives imho a bit of natural feel to the patch, maybe some chord changes would be cool

@denis.tercier this is a very cool patch, I like the “stormy” intro and the change to the more melodic part, as always you have a great mixture of voices and superb changes in the patch, I will have a closer look at it to learn from it

Hi! This is for the ones who participated till now
Great pieces in this edition. Hope that @AdiQ will join. I allways look forward his patches. Asaf8 is a really inspiring module

@Jamuud. Nice patch. I like the way you arranged the melodies. You could maybe make the gates slower to give more time to parts for disappear and reappear… Nice piece though.

@dag2099. Very well sounding space. Yes, asaf8 is a nice piece of module to give randomness by crossfading several LFO’s. And I recognize the gray code melody. Lots of movements here. It sounds strange and old scyfi!

@rsmus7 nice sequence… Without sequencer. You made your own random sequencer in a way. It sounds good.

@jedrzejewskimk. Thanks for this. It’s really a nice piece. Quite ambitious for a single cpu… Since mine will certainly be unable to play it, I can’t find out what is the work of ASAF-8…
2nd patch. Very good sounds. Percussive nice bass coming and morphing underneath. Though, I don’t think that ASAF has any influence the way you triggered it… I’ve still to tries those new Via modules

@musicHack
So here the ASAF is sequenced. Classic use of your module. The piece sounds nice. What I noticed is that it can be an 8 channels AHR envelope generator, when nothing is plugged in the input. Am I right?

Cheers you all. And thanks again Ben for hosting.
Denis

Thank you very much Stephan. I’m learning so much participating to these challenges. Mschack provide us a really cool ecosystem.

…and here it is, my contribution to the Very Cool Patch Challenge 28. This time we had to use the module ASAF-8 by mscHack and I used all currently available modules from mscHack. The recording was not easy, because I had a lot of crashes, so I couldn’t record live. And for the first time I worked with Tracktion T7 and I have to get used to it.

Ok, I didn’t have a lot of time for this one, it’s finals week for me at school, but I just made it happen because these VCP’s are like therapy to me, can’t believe this is 28! Thanks Ben! Didn’t get a chance to explore many mscHack modules but I did stumble onto Step Delay which I really love now since you can set 4 different times and pannings…

patch notes: random gates to flipflops to fire off various ASAF-8 cycles. Used these as slow & fast envelopes to fade in/out the vco outs of a couple Tides2 modules set to play chords, making one pad and an arpeggio. Added a Yellow Stone National Park Service sample of birds/rain/thunder and visuals from DHE’s Blossom module. I had a vst in the patch but totally forgot to use it while recording, so it just takes up space, and I removed it from the file. Here’s the patch and link to the sample used in Radio Music (it wouldn’t let me upload a zipfile or wav, otherwise I would have done that instead). AprilShowers (VCP-28).vcv (54.5 KB) https://www.nps.gov/yell/learn/photosmultimedia/sounds-thunder.htm

wow, so many great submissions for this one!

here is the playlist:

Another really nice one from Adi! I love it…

Very nice and hypnotic piece. I like the really slow evolution in the whole song. And I really love the end. Just realized that I forgot the Modell 221 in mine… Bravo!

Great ambient patch. As always, I’m really impressed. I don’t have tide 2, but I’ll consider to purchase the audible preview. I listened twice and am sure that I haven’t caught all the subtilities of your piece. Wonderful.

@AdiQ Lovely stereo arpeggiations. Excellent swirling bass that goes slightly off key - like a fairground ride that you really enjoy but makes you feel very slightly sick. Not sure that the field recording is really necessary (its the thunder and rain part that seems to clash a bit}. Very nice (in Omri’s voice)

@the1andonlydrno : Quite a strange intro - one chord and then silence for about 30 seconds. I think it might have been better to start the track from 2 mins in - hope you don’t mind me saying. Really nice apreggiations and ground bass with that slight touch of glide. The snare and hi-hat sounding percussion is perhaps a little too loud. Love that glide bass and the way the melodic appregiations fade in and out of each other. Great SFX almost sound like something from an Apollo mission

@jedrzejewskimk Very nice polyrhythmic feel. There is a trill there that fascinates me - I have been trying to find it ist is actually part of a longer arpeggio. Sadly this week i haven’t had time to examine everyone’s patches - just the performance videos. This track is one those that I really like without being able to put my finger on why. Very nice. Yes must have a look the patch of this one

@denis.tercier. I like the sense of evolving movement. Made me think of a train journey at night in a foreign country. There is almost nothing to latch onto and yet it is never disjointed. Everything appears slightly ghosted. Really like it!!

@musicHack First of all - Welcome - I haven’t been here very long myself. Curious little track. Why does it make think of Erik Satie? I think it has something to do with the glided sound. It feels a bit like an interlude to a strange Scandi Noir film. I will be honest it left me a bit baffled - but in a good way.

@dag2099 FM1 Starts jagged and dark. Dissonant and almost industrial. Makes me think of Throbbing Gristle. As usual I have no idea what the NYSTHI module is doing. Interesting!!

@rsmus7 vulta distora: Dark and menacing. It would be useful to see the wiring as I can’t play the patch due to the paid vult modules - I have the other set but might have to buy the other. Makes me think of Frippertronics and there was almost a bar of Jimi Hendrix’s Star spangle banner. I do like though.

@jedrzejewskimk - Piano Drift. I know there are many fans of here of the Berlin School. I have to admit I have never quite been able to get into it, and yet I love Steve Reich, Terry Riley and LaMont Young and is there really that much difference. It is very hard to be objective about the it. It is beautifully executed and arranged but I can’t quite get into it. Personal tastes come into it and I did prefer your other composition.

@rsmus7 entry 1 Same comment about the wiring etc. You are someone who seems to like grit and distortion. That gives it almost an industrial feel. Strangely it seems to be in a Balinese scale.

@dag2099 Love it. Again I have no idea what some of those modules are doing. Lots there that I haven’t used yet but I am gonna have to try them. It sounds like there are lots of speeded up samples. I am going to have to look at this patch. It sounds like it is really Lo-fi and could be badly mixed but actually it isn’t it is perfectly mixed. Yes I absolutely love it

@Jamuud Yes I can see the Terry Riley influence there. Almost like something I would write. A bit long though. Oh it is me.

edited because I can’t spel

Fascinating to see the modules that people use. There are so many that I haven’t tried yet

FM1 Starts jagged and dark. Dissonant and almost industrial. Makes me think of Throbbing Gristle. As usual I have no idea what the NYSTHI module is doing. Interesting!!

Phasor is a harmonic oscillator. Looks cool, throbs well. I use it a lot.