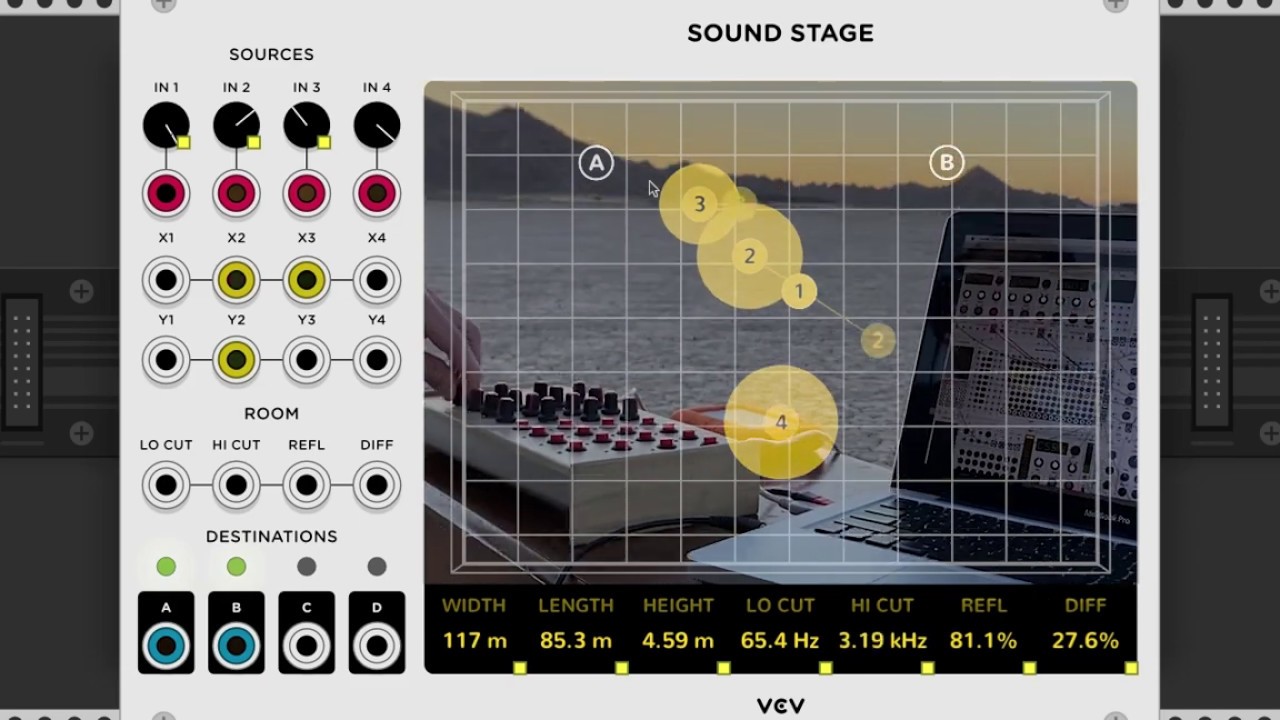 Whoa, very cool! Guess I can finally stop hunting for a deal on a Roland RSS-10.

Looks awesome Andrew. Great work from you, Dale and Wes!

It looks very nice ! I like the demo sounds

Just bought it. Amazing. I tried a quiet ambient track with some slowly panning instruments and it sounds blissful. Very natural sounding spatialization! Interface is top notch as usual.

The first patch idea in the docs says:

Position two destination nodes roughly 17 cm apart to represent the ears of the listener, and then route them to a stereo output.

It’s not stated in the docs, I’ll guess the microphones are omnidirectional. To successfully simulate a human listener (without going into HRTF and such) we need either two directional microphones (cardioid or similar) or something acoustically similar to a human head to be placed between the two microphones. Any chance of either of that? Thanks.

what a great reverb, I hesitated first but Omri’s video convinced me, especially the placement of sources and destinations with click and drag is fantastic, thanks Andrew for another great creative tool

VCV Sound Stage 1.1.0 has been released, including 20 fungal presets from @Omri_Cohen.