Meanwhile… I used the time until V1 to build a bunch of modules. 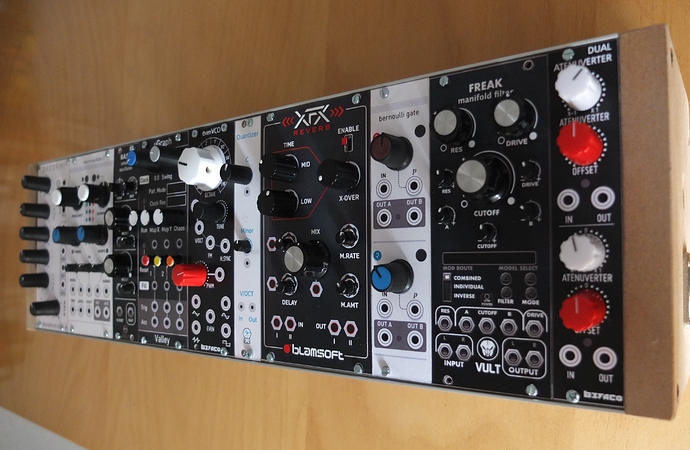 and now… i already need a second rack… 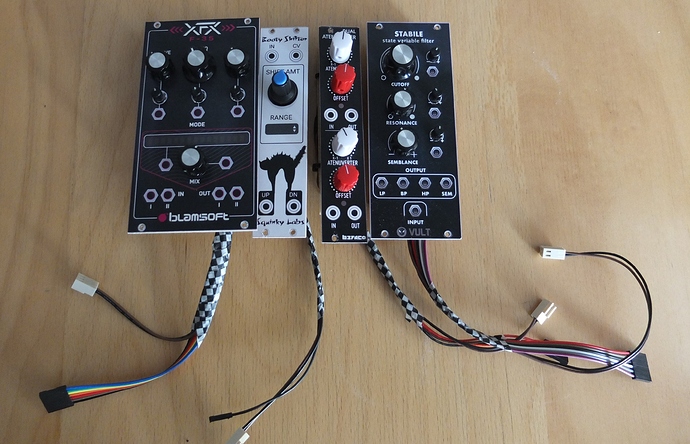 Thank You very much. Proud to hear that.

That could be, but the paper I use is smooth and matt, but above all it is smudge-proof.

It should not be too expensive. Because there are so much modules to build

Think my ad blocker is stopping that page from opening.

Such a cool project, nice work! 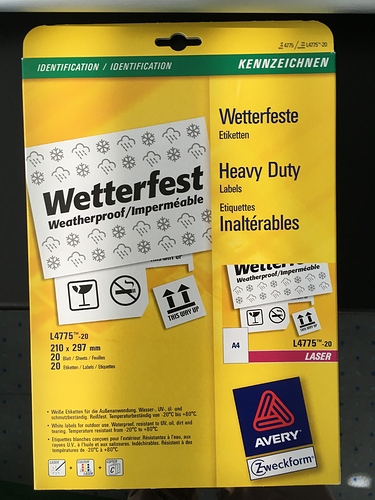 When can we buy them!

Thank you so much. I’d also like to build a module of yours, but your great sequencers have (of course) so many keys that it gets relatively expensive because of that and the many hardware inputs I need. Maybe I could build a “Big Button Sequencer”, which I also like very much.

how much would a modul cost? and what else would you need to connect it to a pc?
I think there could be at least a small market for such hardware.

That’s nice to hear, It begs the question what about the use of developers panel designs in such a market?

I agree with you, there would probably be a small market for such modules.
But I think there would also be some problems. Just to name a few:

If I build a module for myself, the material costs per control element are about 1.5-2.0€ on average. That means a module with e.g. six potentiometers costs about 9-12€. It depends a little on the model of the knobs. For the production I need approx. one hour for smaller modules up to 6 control elements, and correspondingly more for larger modules.
If I wanted to sell modules on this base (and had the permission to do so) I would have to charge at least four times the above price. Obviously I would earn very little money with it and would have to bear the risk of e.g. the warranty for the modules and racks, or that people would send the components back after a few days and want their money back. From a tax point of view, I would even have to register a business.

Technically you need at least one rack with a USB MIDI interface, as you can see in the articles above. For this the material costs are about 170€. If I wanted to sell this I would have to charge at least 250-270€.

If one now wanted to buy a “start package” with one rack and e.g. 10 modules (to have a rack with fewer modules would certainly be senseless) with an average of 6 control elements such as potentiometers, sliders, switches or buttons, that would be together already about 650-750€.

That would be the amount a potential buyer would have to think about.

I think that this in the end results in a very, very small market.

This “segment generator” really was a tough one. Not only because I had to widen it by 2 HP compared to the original and it was mechanically more complex, but also because the buttons unfortunately “bounce”. At first I thought that I had to give up the buttons, but then I remembered that there are a lot of logic modules in VCV Rack, and fortunately the new great CV-MAP module from Stoermelder. Not to forget the tutorials by Artem Leonov and Omri Cohen, without whom I would not have had this idea. With the patch as shown in the picture I was able to make the buttons usable despite the bounce. VCV Rack, the developers and its community are incredible. 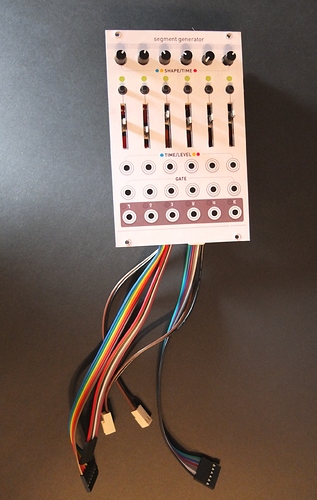 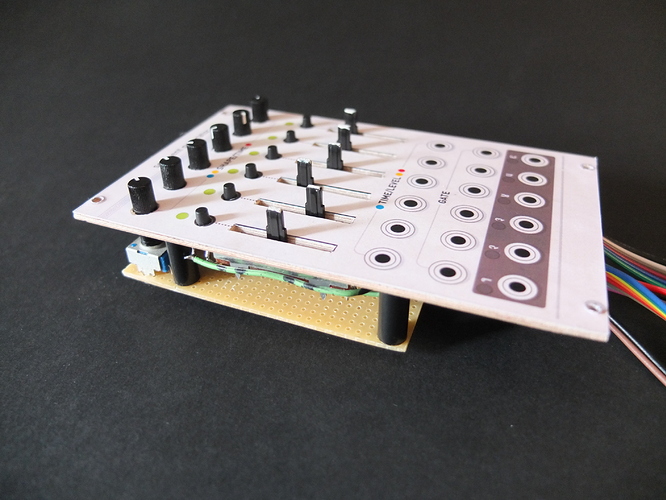 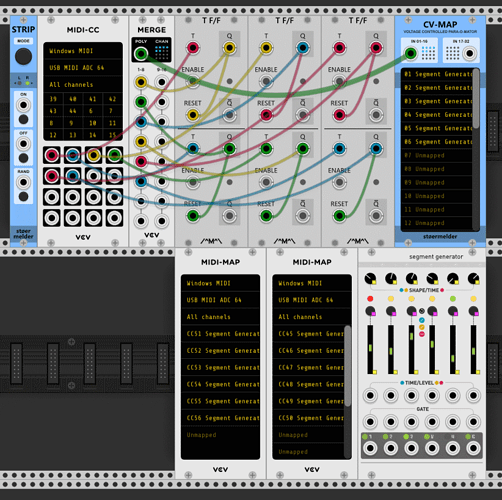 This is so well done, great job!

Thank you so much, that’s nice to hear. My “fleet” has also grown a bit in the meantime. It’s a little like an addiction, and when I look at these pictures below it seems like I have a controller fetish… 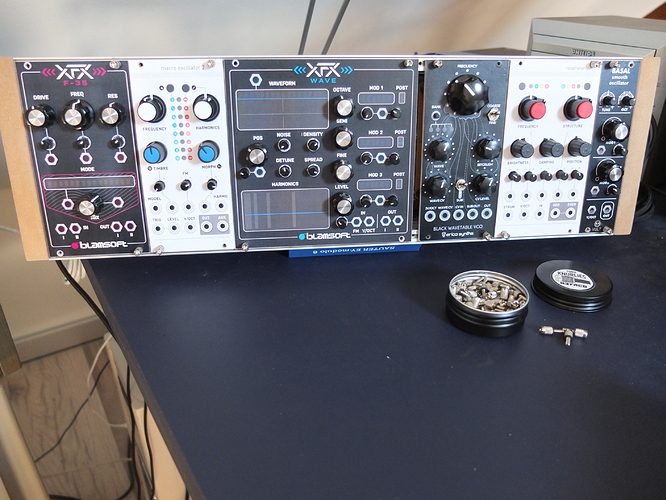 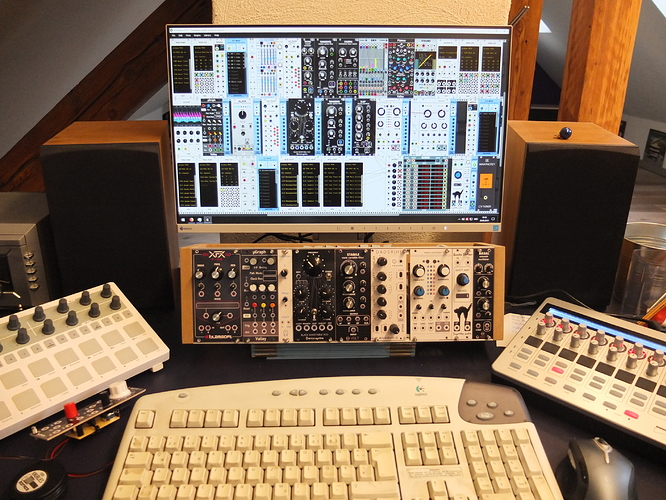