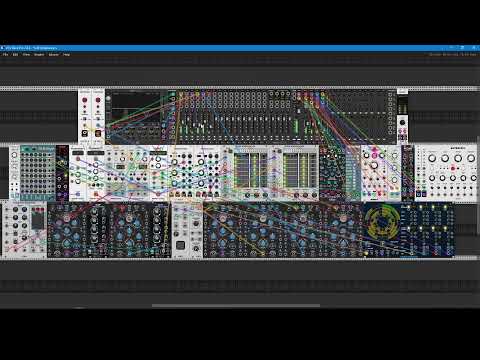 So I got a request from one of my Patron to look at this NDLR device routing and possibilities and I was pretty surprised how “musically” it was built! Such intuitive solution as one scale, chords around it, drone and two independent sequences. So I decided to recreate this in VCV Rack and AaronStatic modules really helped to do that because a chord builder, a scale creater and random note instantly became the core of the setup. Also I added some randomeness and two arpeggiators as well so we have 6 channels instead of 4 in NDLR.