this module should exist, but does it? (individually modulatable elasticly reverting cycle-true octal lfo)

If the LFO is used to trigger events, then it might be useful to guarantee all LFO targets have been triggered the same number of times when everything is back in sync.

exactly, this is the obvious noticeable use of something like this, there is a range of other uses though which are more felt then understood. especially something like a filter which starts out in phase, then gets modulated polyphonically, so some voices start to speed up and some slow down, then at gate off they start to reverse but the reversal is like a pendulum, first it overshoots to the opposite side of the initial push, then it reverses again but to a lesser extent until it stops at which point we are back not just in sync but back at the same position of total cycles completed and in sync and in phase (cause who says all 8 lfos start out at the same phase (to each other) prior to getting modulated?

I think most people attribute “phase music” to Steve Reich. I think there are several clock generators that will slip time like this.

Yes, but I think his phasing technique is significantly different, where each voice plays the same rhythm but at a different but constant tempo. So when they eventually come back into phase, one voice will have played more beats than the other.

This discussion is about varying the tempo of a voice to bring it out of phase, but then vary in the opposite direction to bring it back into sync so that all voices will have played the same number of beats as if there never had been any tempo modulation for any of them.

I think the Kris Lennox Aviary has an element of that, except he mixes in polymeters at the same time.

I think you are basically right. But reich isn’t a constant tempo, I don’t think. One changes tempo and they drift, then they lock in on a different beat. I think.

so here’s a very simplistic idea of what I mean, but the current patch to reach it is very limited, first of all you need to feed it midi files at 120bpm, the bars need to be equal in on-time as in off time and you need to make sure they are sufficiently long, 1 bar at 120bpm in my case. this goes to IAC bus 1 ch1, the inverted midi file (same content but delayed by 1 bar) goes to IAC bus 1 channel 3, a reset midi note-on comes in at iac bus 1 ch2, every 8 bars, as it’s likely rounding errors that make the whole thing go our of sync.

so what’s happening here? well I made sure that the whatever v/oct spread my playing (oh I forgot to mention, only play this with 3 note chords) get into the plus side of the lfos (which feed filter cutoffs) gets inverted immediately after the fact and for exactly the same time, thus all the symmetry iffy business, it’s meant to simplify the emptying of a modulation buffer. this demo is rather static, not adapted to organic playing, a lot would be possible with something more sophisticated, and yet, listen how we instantly get the idea, especially at more extreme settings, where some lfos seem to almost get to a halt just to later speed up again to catch up to the exact total period it started off at.

This discussion is about varying the tempo of a voice to bring it out of phase, but then vary in the opposite direction to bring it back into sync so that all voices will have played the same number of beats as if there never had been any tempo modulation for any of them.

good to see this is finally being understood, it’s a subtle distinction, but we all know how subtle changes can make all the difference in music, don’t we?

1 file sent via WeTransfer, the simplest way to send your files around the world

and here’s the patch:

added some clocked random stereo panning of the voices with a metro city bus module, and lots of delay from a uad korg 3000. the result is rather likeable in my opinion, but the underlying concept has loots of more potential. cmon, tell me this does NOT have tape delay vibes, except the speedups are actually in the signal chain, not put on top by postprocessing, which sounds very similar, I guess I should have left the extra delay out for demo purposes, meh. play around with the patch, you’ll quickly get the idea, oh, and the knob to turn is the LFO FM amount one. hf!

There are some aspects of this idea that I love ! At first I was doubtful about the cycle count usefulness but when using square LFOs as clocks that would be absolutely beautiful, very musical, a great idea IMO.

In general the idea to be able to make a LFO change speed and then have it come back in an elastic way is something I am sure I’ll play a lot with, I imagine something really “alive”, like you give this small being a nudge, it wiggles and then come back, and miraculously when the movement is over it is like it never happened, I love it.

Could we have a second mode (lol, already asking for more) where the “back to the original phase” movement follows a physical equation for dampened strings ? My English is very likely faulty here, what I mean is the equation describing the slowly decreasing oscillation that ends up with absence of movement that happen when you put in motion a string that is under tension. We would have some parameters for tension… The way this movement occurs is so natural and musical, that would be an incredible modulation source ! Maybe for this mode the cycle count is less important than the “natural feel” ? Also I imagine the speed of the “going back to it’s original speed” LFO going slower then a bit faster, then a smaller bit slower, then an even smaller bit faster, etc, then back to the same speed and phase…

What do you think ?

Could we have a second mode (lol, already asking for more) where the “back to the original phase” movement follows a physical equation for dampened strings ?

Nice! I think this expresses (better than I was able to) what I’ve been hearing (since I’m still trying to get a feel for the cycle count option. And, in general, I think the framework of “pick a return algorithm” would be a good one for this design (so far we’ve got “preserve cycle count,” “snap back”, “quick drift”, “physical string”, and each could have parameters, maybe in a right-click menu?) 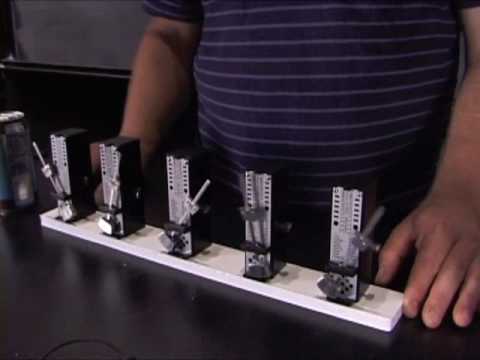 A bit of physics equations in the modulation is something I use to use a lot and love (in Sensomusic Usine), I would absolutely love to be able to do that in VCV…

Various “return algorithms” would be absolute killer indeed !! And if that algorithm option is polyphonic and you can have a moving LFO modulating an other moving LFO, that’s gonna be MENTAL !

How about setting something like one LFO’s speed attract the other’s, but they repulse it, like the speeds play cat and mouse (I use to have three or four balls attracted by one, the one being pushed away from the others, and then using X and Y for modulation (often granular synthesis parameters), the result is very natural sounding, like waves movements.

Metronomes: I was thinking about the possibility of physically modeling this very thing not long ago!

Whoa–that is interesting software. Never heard of it before. I’m going to have to take a look at it sometime; thanks!

How about setting something like one LFO’s speed attract the other’s, but they repulse it, like the speeds play cat and mouse

any news on the rubber-band lfo?