If I want to call the Southpole CornrowsX module with the right mouse button, Rack crashes with the message as shown on the screenshot. Some months ago someone reported this on the Github page of Southpole, but there was no response from the developer. Does anyone know anything about it?

Otherwise it works fine and at least you can delete it with Stoermelder Strip if you don’t need it anymore. 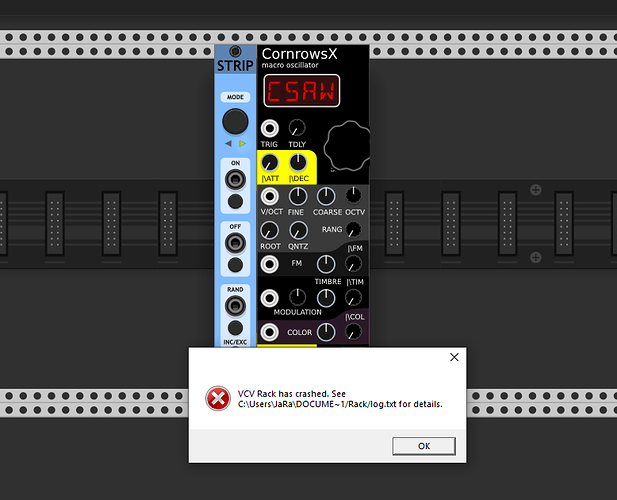 thank you, then we have to wait and see.

Right click is working here on Windows, I’m using the netboy3 version posted in the issues section of github

Plus, to delete, I just press the delete key while the mouse is over the module.

That’s right, I had forgotten this function to delete. I can’t find this “netboy3” version, where do I have to look for?

The standard version is here, with the parasites version a few messages down.

Thank you so much, it works. But when I copy Southpole parasites into the plugin directory I have these two modules in addition to choice. What is the difference between the “Originals” and the “Parasites”? 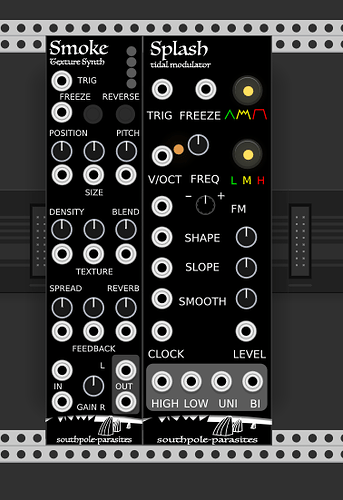 Parasites is alternative firmware for the Mutable Instruments hardware modules, some of which have also been implemented in these modules.

There is also the Neil module from Arable Instruments that is a parasites version of Clouds.