Hi there I recently returned from a trip and on my return, i updated both windows 10 and VCVrack Pro. Since then vcv creates strange sounds of clipping/popping, even with a basic patch. I am using vcv for more than two years now, on the same machine, and never had issues like this before.

I have uploaded a short video. 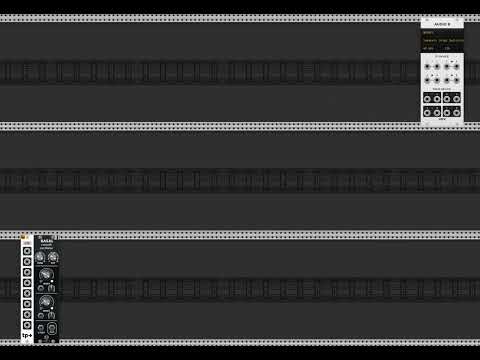 Hi Shachaf. I’ve also experienced this. But it turned out to be Windows updates in the background using all the CPU.

Hi All. I’m sorry to bother everyone with another CPU question, but hoping someone can help. I noticed for the first time that I’m getting alot more audio dropouts due to CPU spikes. Using Rack standalone, with no modules except an audio2, the Average CPU is hovering around 1.3%, but the max CPU is dancing all over the place, sometimes spiking at 200%. These values are different to what the task manager measures. I’m almost certain that this has nothing to do with Rack, but rather some other…

If it is this, best thing to do is wait untill it’s done and then restart. If you open a simple patch that you know uses little CPU, compare the average CPU to the max CPU in rack. If max CPU is jumping all over the place, it is a background process. Or else you might have to update your sound card drivers.

Ok this is getting stranger.

I tired the solutions that you suggested, but with no luck.

The strange thing is that i did not realize, that you can not hear the clicks on the movie.

After trying many things, i believe it is something with windows. Changing from WASAPI to Direct sounds works, but only after i open and close the sound setting and the speaker settings.

For now, it seems i have to do it every time i start vcv.

This always happens. Movie is not real-time, and does not record clicks. It can be useful.

I had a lot of problems with my 20 year old sound card. Something current with asio is much better.

It seems that the windows update affected your audio drivers. As @Squinky suggested asio is much better, so you might want to look into getting a cheap audio interface. In the meantime, check your settings in Rack, try a sample rate of 44100 instead of anything higher and make sure that your engine rate is the same. Lower your frames per second to 20 and see if that helps. Lastly check your task manager to see if another app is hogging the CPU. Most of the time it’s Chrome or an antivirus. And switch off any sound enhancement settings in Windows or Nvidia or whatever. I’ve been through all this before so I know how frustrating it is. But Windows just does not like Audio…

@auretvh @Squinky thanks, i am looking into getting an audio interface for some non vcv projects, so hopefully that will make things better. Meanwhile i will use my work around of opening and closing the sound setting

looking around I think you will find that the Steinberg USB devices are pretty popular on windows. Some ppl use the Focusrite, but ppl say the windows drivers are not so hot. I have a Steinberg UR22C, since my old PCI based card wouldn’t work in my current computer. It’s been great.

Yep, I have a Focusrite 2i2 which was fairly cheap, my experience so far is it’s been rock solid. I spend a lot of time tweaking Windows, changing the power settings and disabling stuff I don’t need etc. What really annoys me now is Win10 seems to decide I don’t know what I’m doing and change it all back every time it updates.

Yeah I use a cheap Presonus interface, and just as I think I have everything set up perfectly, Windows decides: “No, you shall not have perfect sound, rather install Edge.”