In its default state, I hit record, play whatever, hit record again to stop and it automatically begins looping and I can hear audio as expected. However, if I turn off the loop, delete the previously recorded audio and record again, I can see the new waveforms, but cannot hear audio (obviously I turned the loop on again). Kinda scratchin’ my head on this one. If I delete that instance of SImpliciter and reload, it works fine again.

What am I missing?

ohhhhhh I’m a dope. Gotta hit the start button for that second attempt. Ha. Slightly misleading as activating the loop moves the playhead through the recording so…

but I get it now! 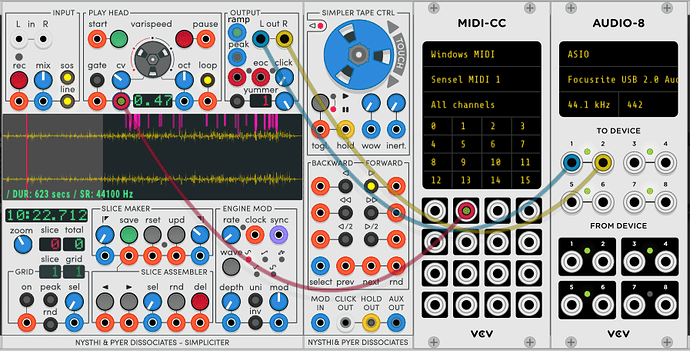 it’s written in the manual

if you find it