a first beta has just been released for repelzen, the redesign of aepelzen’s modules, ported to rack version 1! thanks to @pyer for the gorgeous design, and of course aepelzen for the original modules that many of us have come to love.

this beta has 5 modules, and we plan on releasing the sequencers at a later date. please test and let us know if there are any issues.

there are compiled packages for windows and mac and linux now. 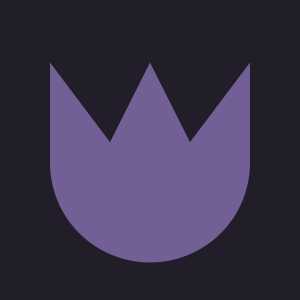 modules for vcv rack. Contribute to wiqid/repelzen development by creating an account on GitHub.

There are so many new modules coming out around now that I’m both a bit snowed under and blase about new stuff. I’m sort of tempted to ask you to wait six months, or for when there’s a module drought. But this way lies madness and the ire of my peers.

this beta has 5 modules, and we plan on releasing the sequencers at a later date. please test and let us know if there are any issues.

I’din’t find any bugs yet,

but I would call the “cut” in the rexmix gui “mute”, (as it mutes the channels),
and it would be cool if you could add one function:
that maybe shift+mouse click solos a channel

and as always Pyers GUIs are amazing

and I really miss the gate seq

a first beta has just been released for repelzen

They look beautiful, thanks so much guys!

A quick test of Reburst on my Mac suggests that it works great, and with a nice, low CPU usage

Refold sounds very nice!
For Rexmix, I think a logarithmic scale would work better for the gain knobs. Maybe have the halfway position take -12db instead of -30.

would make sense, but at this point it is just a straight port from the original.

we’re still debating whether we want to add features in a future release.

Thanks for those modules porting . What scales files can be loaded in resin ? I have tried with Scalia scl files but I ve got an error at loading

I can’t test right now but maybe TUN or MTS

What scales files can be loaded in resin

Passes all plugin manager integration tests. Submit whenever you are ready.

a second beta is just released:

modules for vcv rack. Contribute to wiqid/repelzen development by creating an account on GitHub.

this includes a new blank, and some optimizations. re-fold is polyphonic now, and rexmix will sum a poly input.

and we’re now officially in the plugin manager!

plans for a future release are to include the sequencer modules from aepelzens.

plans for a future release are to include the sequencer modules from aepelzens.

Currently streaming with the Repelzen quantizer. Using it with The Cage to change scenes.
Maybe i’d be better off not using it to control RJ Acid. But i just don’t care that much.
Pretty interesting module.
edit: it’s just occured to me that the blank panel is great but would be quite a lot greater if it were an extension panel that also changed the colors of other Repelzen modules.

I feel like I’m missing something but on the Re-burst module, the time modulation input is not doing anything. I’m expecting it to modulate the clock rate of the output bursts but the rate stays constant regardless, is this the intended functionality?

Hi! Are you using the Clock input as well?

Yes, I went through the source code to figure it out. You can only modulate the time if it’s not driven by an external clock.