Here is a little variation of Ghalebor’s song “Lullaby for a Little Star” which I really like. I played and experimented with it for a while and just left out a few things. Nevertheless, I think, a completely different song came out. Many thanks to all the people with their great ideas and skills who inspire people like me to do things that might not be possible otherwise. 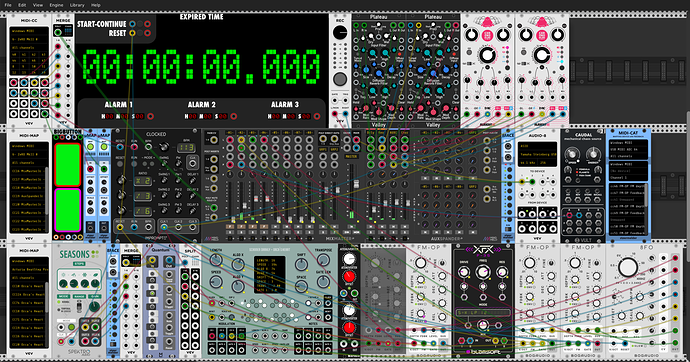 Thought this was going to be about the band!

Sorry, no not the band. It’s just a test for a new thread. But “Neu!” is great. I found it recently, extraordinary music, great drummer.

As a teenager, in the mid-seventies, my first record was “Brain Salad Surgery” by Emerson, Lake and Palmer. I was already fascinated by the huge Moog Modular Synthesizer and all the other stuff Keith Emerson played on. Recently in VCV I came across the STS/RCM “MIDI File Player Plus”, and then I got the idea to try “Trilogy” for which I found a Midi file. Of course this was a nonsensical, time-consuming idea, but after I started it, I couldn’t stop. Unfortunately nobody agreed to do the vocals ;-), so the song per se is only worth half as much. But anyway, that’s what it became.

By the way, does anyone know anything about STS/RCM? It’s still in the plugin library, but the page can no longer be accessed. 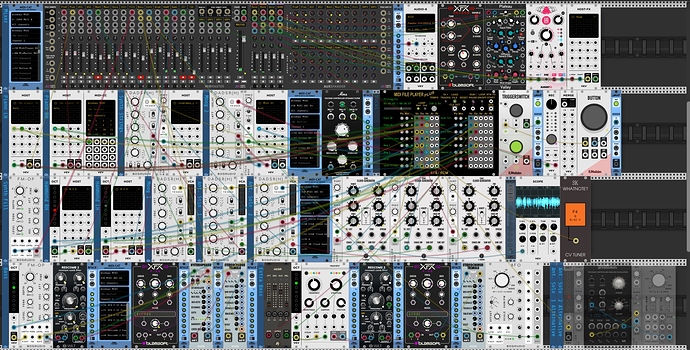 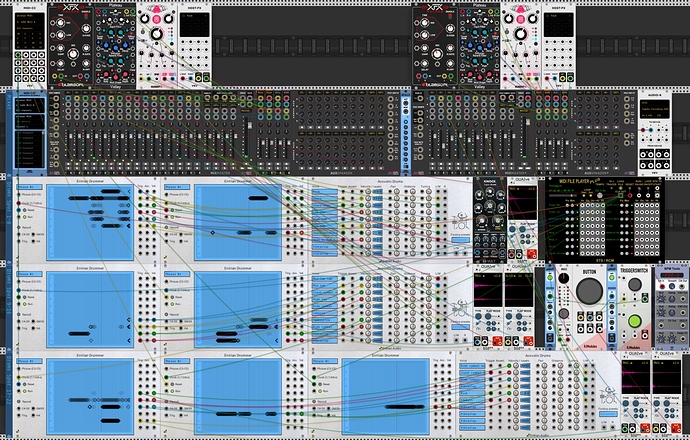 Unbelievable!!! Trilogy was one of my first albums and has always been a favorite. This song is all about Emerson’s playing. Only thing I miss from this is the floor-shaking Moog bass pedals from Greg Lake.

By the way, does anyone know anything about STS/RCM?

Thank you, for me this piece was, and is also a very special one. I think that you especially mean the part from minute 3:05 and later again from 6:10 in the original. I thought the whole time that there is something wrong, and power and energy is missing, but I was not clear what exactly it is. Maybe I have to go back and rework it.

I went back and listened to the original. I was confusing the bass pedals from Lucky Man. But, you are right, from 3:05 onward, Emerson has some low-register sub-osc stuff and Lake’s amazing bass playing toward the end. I find it hard sometimes to get that high-energy bass out of VCV. Maybe, it’s just my lack of proper mixing skills. Again, what you’ve done is amazing.