Proposal for a buffered process() function.

Someone brought up a point of confusion of how the rules of polyphonic modules are defined, so I’d like to clarify the motivation behind the polyphony standard.

If you’re familiar with programming, you can think of monophonic signals as “scalars” that implicitly cast to polyphonic signals (vectors) when incompatible types interact. For example, the expression a + [b1, b2, b3] should reduce to [a + b1, a + b2, a + b3].

However, it is purposefully vague in specifying what a “primary” input is. In some cases, there is no primary input at all because all inputs must be treated with equal respect. Martin Lueders and I discussed that when polyphon-izing Befaco A*B+C (where neither A, B, nor C are the “primary” input), the number of engines should be computed by max(#A, #B, #C) where #x is the number of channels of input x. This allows you to mix-and-match mono and poly cables in the A, B, and C inputs, so the result is a polyphonic signal that correctly controls the rest of your polyphonic patch.

Just some thoughts if you’re developing a module that supports polyphony.

A few plugin developers have asked me about the difficulty of preparing your plugin for Rack v2. Will we have another Rack v0.6 -> v1 transition that requires minutes to hours of porting? No. The goal for the Rack v2 API is for at least 90% of plugins to require zero changes to code. Developers of closed-source plugins will need to send me builds of their plugins before the Rack v2 launch. The Rack v2 SDK will be released at least two weeks before Rack v2.

Of course, to take advantage of new features such as Port labels, you’ll need to add code.

Rack v2 is being worked on, but it’ll be a while before I get around to publishing the source code.

Coming in Rack v2: Port tooltips with voltage readings of all polyphonic channels. 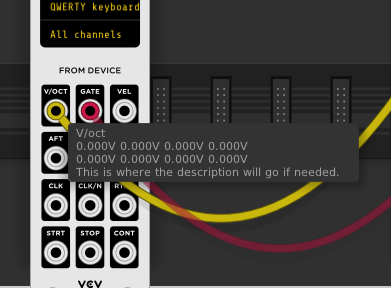 Coming in Rack v2: There is no more “engine thread”. The engine can only be stepped (i.e. advanced in time) by other threads, such as the audio driver thread managed by VCV Audio or the encoder thread in VCV Recorder. This restructuring has a number of massive benefits. 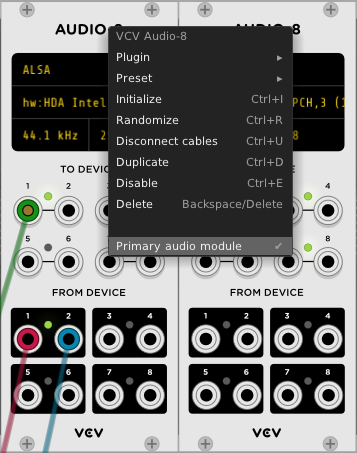 Proposal for a module whitelist:

By the way, after I approve a proposal, potential changes will typically not be reconsidered until the next Rack major version. So if you have objections or alternative proposals, get them in now before you miss the boat. 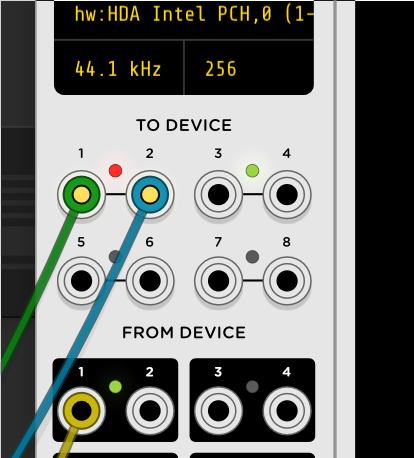 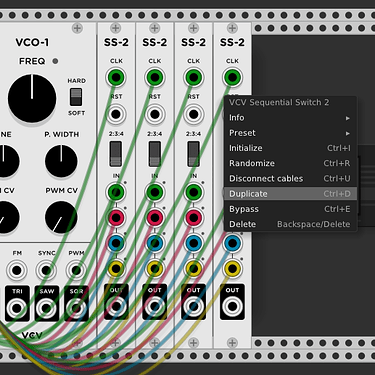 so plugin developers can develop custom audio/MIDI interfaces without adding an AudioWidget/MidiWidget to their panel like VCV Audio-8, MIDI-CV, etc. 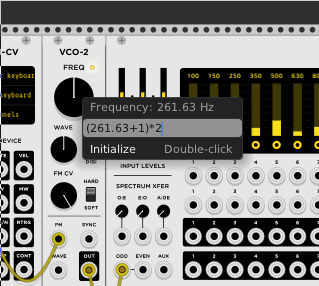 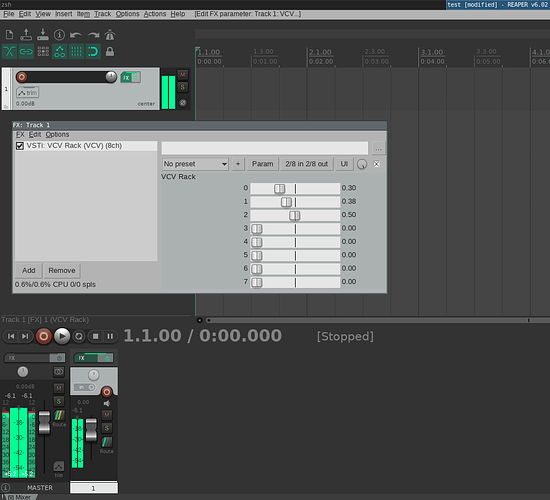 This is the first public screenshot of VCV Rack for DAWs, specifically VCV Rack for VST2 Linux. Not pictured, the sine output of VCV VCO-1 is patched into VCV Audio-8, which is using the new “Host” audio/MIDI driver that communicates with the DAW instead of your sound card. VST parameters (soon including labels, units, and actual values) control the parameters of Rack modules. Audio is as stable as can be, since there is no thread-switching overhead as with Rack v1.

The actual VST2 plugin is a ~100KB binary, which dynamically links to a lib-ized version of Rack. This allows for many plugin variations, such as effect/instrument, 2/8/16-channel, and potential VST3/AU/AAX/LV2 plugins, without having N copies of the entire Rack binary.

The source code is maintained in a private git branch and is rebased for every new v2 commit. This means that features and bug fixes added to Rack v2 will immediately be available for Rack for DAWs, so they will follow the same version numbers and will usually be released same-day.

After testing on the other OS’s and DAWs, I’ll focus on windowing, graphics, and improving mouse/keyboard interaction.

Added “MPE mode” to MIDI-CC and MIDI-Gate in Rack v2 which generates 16-voice signals with CC values and gates. Along with MIDI-CV, which already supports MPE in Rack v1, this allows you to take advantage of all features with polyphony on MPE-enabled devices, such as the LinnStrument, ROLI Seaboard, Haken Continuum, Eigenharp, Soundplane, and others. 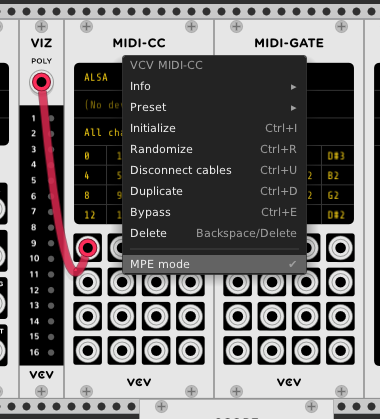 Added SwitchQuantity to Rack v2. Instead of displaying 0, 1, 2, etc for switches, this displays the actual value names instead. 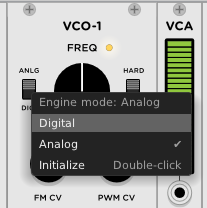 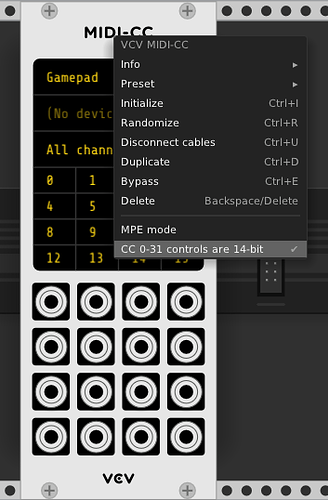 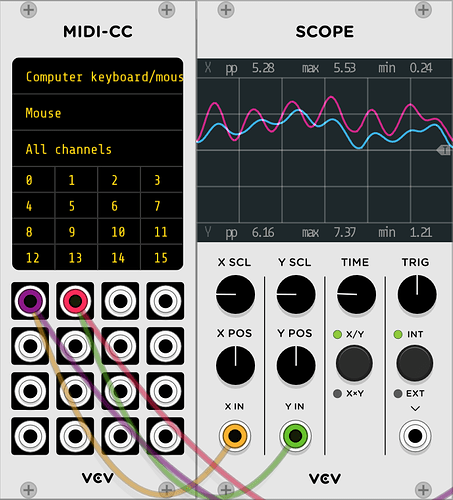 The tentative release plan for Rack v2 and Rack for DAWs is the following. By “wait”, I mean “ensure that a certain amount of time passes before the next step”.

The following people will be granted beta builds and licenses of Rack for DAWs at no charge.

I am requesting plugin developer feedback for this proposal.

Rack v2 has a new .vcv patch format, which is a compressed folder containing the JSON-serialized patch.json file and other files, such as module patch assets. Read more:

24 Likes
Is there any module that saves samples "with vcv preset"?
.vcv patch files are not text
replacing Vult Free with Vult commercial
← previous page next page →