Hi everybody! Could anybody help me to resolve issue with “No device” in Audio module ? I’ve already trying to search something in Google, but no luck. In manual it looks that must be device under Core Audio, but there isn’t any device in my running VCV Rack 2. 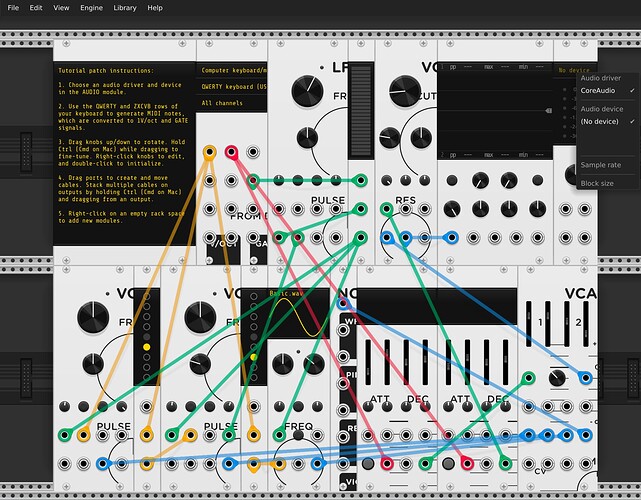 Underneath (No device) you will see there are some blank lines (before Sample Rate) - try selecting those.

Is your system language something other than English by any chance? Might your device names have special/unusual characters in them?

It also looks like you have some strange graphic issues going on with other modules.

Same OS here. This is what I see; 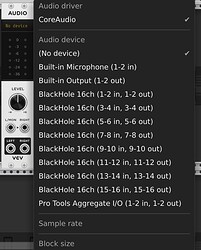 I have a number of auto devices available but you should at least be seeing Built-in Microphone and Built-in Output. 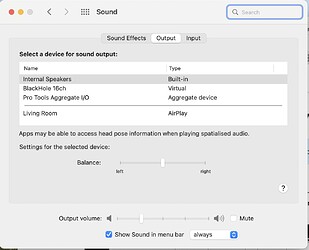 I think they are probably there on those blank lines under No device but are not displaying for some reason. Either because of system language/special characters not supported (which has happened in the past but I thought had probably been fixed by now) or because of something related to the graphics issue seen on the other modules in the patch.

Thank you, all! Indeed, device’s name was not displayed properly, I suppose it’s due to system language is different than English (Ukrainian in my case).

This is actually fixed in Rack v2.1.0, the now seemingly abandoned preview release, but you can download and install it from here:

What makes you say it’s abandoned?

Because the official download on https://vcvrack.com/rack is still v2.0.6 nearly 3 months later. So I think it’s safe to say that the v2.1.0 preview is abandoned and is not going to be “officially released” as is.