LARGE number of parameters, some of them vector-valued. Is there a 'best practice' for handling them?

I am working on a very complex module (a kind of mixer in the broadest sense).
I want it to be as versatile as possible (so that it can be used creatively) which means that it should be possible to modulate its parameters.
The problem is that there will be at least 128 individual parameters, most likely more. Some of them are grouped to vectors. For usability, there should be some visualization of the mixer scene and additional controls that allow the user to modify parameters in a meaningful way (i.e. maps the user’s intentions to parameter changes).

Normally (if I had to design a normal UI) I would reduce complexity by only showing the user the subset of parameters that is currently relevant, e.g. parameters of a particular input or output.

But in Rack, all ins/outs and parameter controls have to be visible all the time, right? You can’t have something like ins/outs/knobs/faders etc. in tabs.

An option: Individual i/o ports and knobs for versatility + two ‘displays’ with knobs below that can be assigned to a specific input or output. But this means that I still need ~300 UI components

Question: Has anybody had this problem before? Is there a tried and tested solution for the case that you have more ins/outs/parameters than you can or want to fit on the front plate?

Question: Has anybody had this problem before? Is there a tried and tested solution for the case that you have more ins/outs/parameters than you can or want to fit on the front plate?

In terms of modules with lots of controls I guess dexter has a lot. Some of those controls are modal as well. Uh…Portland weather is also fairly intense? Still not sure what some of that module even does.
Okay, I want a giant module with lots of squirelly controls! I read you’re description and I think “bring it fucking ON”. It’s natural to want your module to have the smoothest user interface imaginable but some of us like a challenge.
Hope this helps.

Just remembered the JX-3P i once had (wish I still had it!). It came with a separate programmer unit that you could use in the studio but remove for gigs when your want to carry as little stuff as possible. So I am trying to outsource the automation part to ‘programmer modules’ and abuse Rack connections for transmitting control data (should be useful for noise music, too :-)). This reduces the need for 9 inputs and knobs per input to 3 inputs and no knobs. In addition, a display and assignable knobs will allow the user to set parameters statically.

I’d start from step 1 and pretend you’re a graphic designer hired by a Eurorack company. Do people need 128 parameters? (hint: no) Do people want to modulate 128 parameters? (no) Do people like menu diving? (no) Consider that you’re designing a musical instrument, not a programming interface. Despite how fun the concept of analog computers seems at first, nobody has ever considered them fun to actually work with for extended periods. 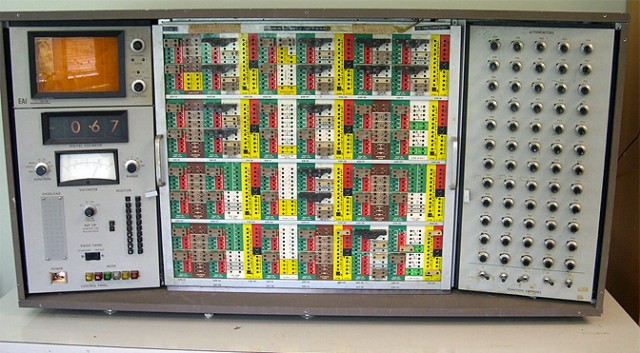 @analog computers: Working with one of these sucks because the ratio reward/effort is very low. If it were a quantum computer (difficult to use but very powerful), it would be a different story 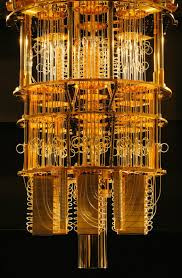 But I guess you are right: The main module should present the relevant features for everyday use while the more exotic (but very interesting, especially for generative music) features should be outsourced so that they can be added if desired or kept out of the way if not desired.

Not that i want to be disagreeable here, but we have all the basic day to day stuff covered (unless your doing something radically different). I want the crazy nutso stuff. That could very easily just be me though.

I have not seen a module yet that does what this one is supposed to do.

I’m really curious at what this module can be

, though I’d say from my day to day use, I tend to like small modules which are simple to use and understand. Someone quoted Dexter and that’s a good example, as I really like how it sounds but feels it’s a bit too complex (sub menus, lots of inputs, etc…).
Also some concept imported from hardware eurorack make little sense in vcv; like having dual lfos or octo vca when we have infinite rack space and copy & paste of modules.
Mixers can be chained; so we don’t really need a 24 channels console when 3x8 channels can do the trick.
Just my point of view though, others would disagree

There are multiple modules that allow editing of different “scenes” using the same UI elements:

Also, check out Vult’s Trummor (not open source) for an example of CV inputs which can be dynamically assigned to any of the module’s parameters.