Is there a way to control a parameter that does not have an input for the function the parameter controls?

I was wondering if there is a way to control a parameter, on a module, that does not have an input to control the function that the parameter also controls?

For example Lomas sampler, it has a loop on/off button, but there is no input for that function.

I did raise an issue on Github, suggesting to add an input for the loop function, but the developer did not seems to be interested in that, issue was closed because there was not much space left on the user interface for an extra input.

I do have the development tools setup and know how to build and I have thought about making my own fork and adding it myself.

But yeah, I just thought I’d ask if there is a way to control the loop on/off parameter in some way, before I start building stuff on my own. 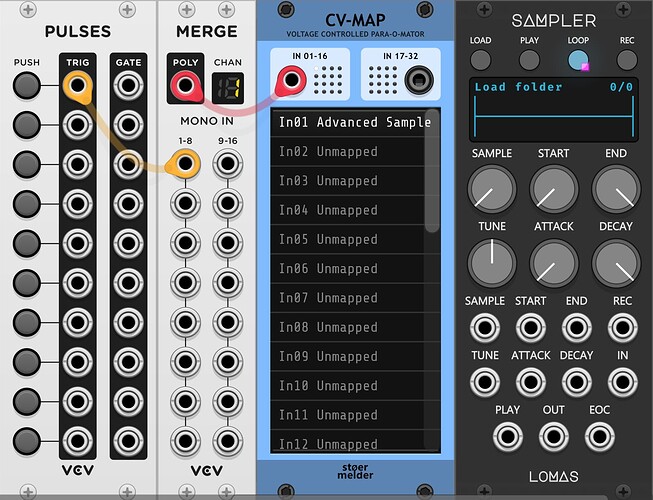 or the smaller uMAP 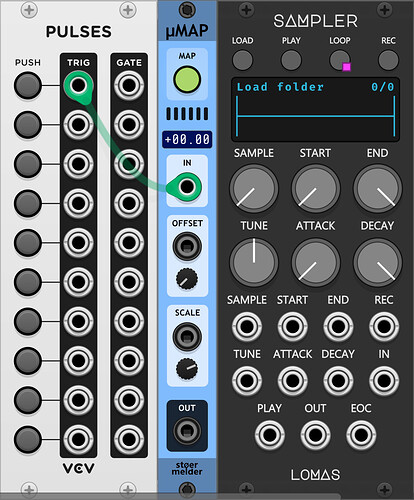 Yay, thank you Jens.Peter.Nielsen, that worked

Won’t the built in MIDI module to this too? Not that these other ones don’t do more, just curious.

I don’t think so - they tend to route external midi. Not convert a CV from within Rack into midi.

You could use CV > MIDI CC to a dummy device back to MIDI CC > CV, I think?

Edit: Ignore that, I blame an early cider.

A right pain though.