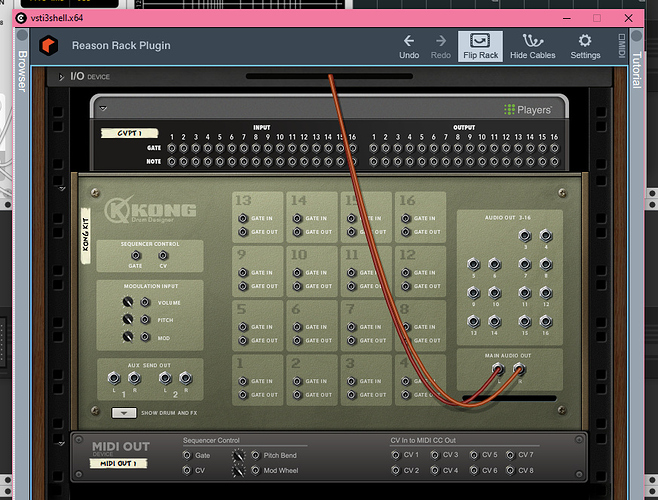 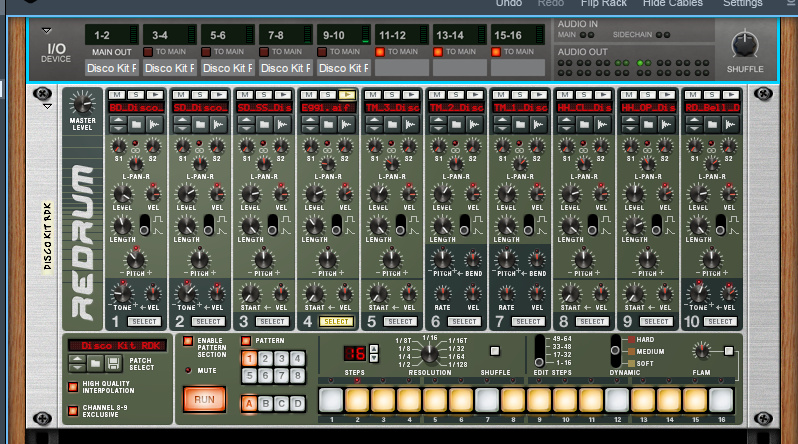 I just tried it today, and it works straight up surprisingly well. Mind you, i have not tested it thoroughly though, but first impressions are very positive! 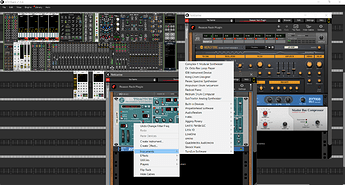 As i have tried several other wrappers before in the last year, but ended up with more headaches then fun. Not sure if Nektarine can be obtained for free if you don’t own any Nektar products. But the people at Nektar are very friendly, so maybe an email can do wonders.

Oh wow, it supports VST3? I happen to have a P4 but I had mostly ignored this plugin, somehow I was convinced it didn’t support VST3, and I never saw it mentioned in any discussion about the topic of VST wrappers, I’ll have to try it out and report.

Yes it does support VST3, and can run itself as VST2 or/and VST3.

Have you managed to run Reason as an effect accepting audio from Host through Nektarine?

Without the latest beta I cannot run Reason in Effect mode at all, and with the latest beta, I see no way to receive audio from host, I can only use Reason as a Send/Insert for audio produced within Nektarine. That really reduces its utility if it can’t be used as an effect.

I have same results here, can not get audio into Nektarine, which i find odd. I can’t say that is for sure the issue, because i have not tried Nektarine with anything else yet then Reason and in VCV host.

I also was not able to get a usable clock sync into Nektarine / Reason.

So as it stands now , it works fine for me as a Reason sound module. And back to the waiting game again for Rack for Daws

This is incredibly niche info, but as of the most recent Reason update, using both Element and Nektarine in the same VCV patche is much more stable. It used to crash at startup 4 times out of 5, but no longer does. I wasn’t sure if it was crashing for everyone or just for me, because I also have a licensing issue preventing me from writing the license to my computer.

As mentioned above, Nektarine cannot run as an effect, so I still need Element, despite the slow UI.

Big shoutouts to the Reason developers who helped me with this issue by leaving my support ticket on read without any reply for 3 weeks. I won’t try to hide I have more love for what their product used to be than for the people trying to monetize this sinking ship.

From today’s livestream: VST3 for host is in the works! So eventually all those wrappers will be unnecessary.

Thank you for mentioning the mysterious vsti3shell.x64.dll!

It surprisingly turns out that, unlike Kushview Element, the mystery dll is able to successfully run Yamaha’s Motif XS/XF/MOXF editors (VST3) as well as allowing them to communicate with the Motif Hardware via USB MIDI. Element on the other hand causes the editor to complain about a Port Open Error as soon as an attempt is made to establish the connection with hardware.

In addition to allowing total recall for the state of the Motif upon loading a VCV Rack patch, a handful of parameters are exposed for CV modulation which normally aren’t able to be modulated by either the Motif’s internal LFOs or MIDI. Cool stuff!

Host has been updated to support VST 3!

I had a chance to test beta versions for compatibility with Reason, and the integration is very solid. I have removed the info about using wrappers from the original post (it’s still in the edit history if you ened it), as they are no longer necessary.

Now that the new Host makes it easy to use Reason liberally, there’s one thing about using Reason with VCV I want to point out: it’s a great way to make CPU-efficient patches, so long as you know which devices to use, because VCV’s CPU meter won’t be able to tell you which Reason Racks are eating all your CPU budget.

Past the first VST instance, Reason seems to have no significant per-instance CPU cost. So you can safely use a lot of Host instances containing very few Reason devices.

Reason has been around for 20 years, and while I have misgivings about their current dev practices, there’s one thing you gotta acknowledge about them: they have a solid track record not to kill off their old tech willy-nilly. In fact, I think there’s only really 4 major techs they’ve truly killed: ReWire (favoring VST integration instead), ReBirth (Roland suddenly realized their old 303s and 909s were a license to print money rather than an old embarrasssment), Line-6 amps (some deal with Yamaha fell through), and Balance hardware (but their unmaintained drivers still work).

Almost everything released in Reason 1 is still in Reason 11. And in 2000, the clock speed of your average single-core Pentium III was expressed in MHz, not GHz. In other words: the older a Reason device is, the more aggressively optimized it’s likely to be. On the other hand, some more recent devices - especially third-party rack extensions - are big CPU munchers. For the budget of a single instance of Europa, I could run a dozen of Thors - and Europa sure doesn’t sound 12 times as good as Thor.

Now, if you haven’t used Reason for many years, you might not be sure which devices are old or recent, so here’s a handy list of older devices that are likely to be aggressively optimized.

This is far from being an authoritative and well-researched list, and more recent devices are often well-optimized, but make fewer optimizations that trade-off sound quality for speed. But some third-party offerings have a CPU cost disproportionately incommensurate with the sound quality they offer.

in general the stock devices should be good to go.

Definitely not. That’s what my entire post above was about, the more recent ones are much more CPU-expensive than the older ones, and many people don’t realize this since Reason lacks a decent, granular metering system.

I could only run 14 instances of Europa before overloading my CPU.

Also, bear in mind that many “stock devices” and devices branded as done by Reason Studios are really rack extensions subcontracted to third parties, using IDT tech, with the performance implication it entails.

The measurements are not taken within VCV, as it tends to make them less accurate, but what’s expensive standalone will remain expensive in VST mode.

I guess it’s a tradeoff depending on what one likes to do. But yes, Thor is probably the most optimized device in reason. I’d really like to have the filter from Europa standalone. I know I can patch cables and use it … still, small neat device. In generall Reason is missing the opportunity to b fully modular. That’s why I ended up with vcv rack. Looking forward of the integration (either way). Using the sequencer in reason and the rack vst or the other way round.

Actually i emailed them about this concept a long time ago.

That was sort of their approach to that idea, but for me it would be totally awesome if they offered a lot of the components of the already existing devices as small modules.