Help: OBS recording not as clear as Rack 1

I tried recording this patch in v2 using obs but it sounds muffled and not as clear as my previous recordings when I used v1. I’m still using the same settings: wasapi, 44.1 sample rate and 256 buffer. I’m relatively new in using obs and I’ve searched and found no answer. asking for some help and patience, thanks.

What are you using for Audio Input Capture? Just tried it and didn’t have any problem (However I have a Motu and used the Motu Loopback device).

Normally, however, I don’t use OBS to record audio (except for a mic input) and use the VCV record module - not available yet for Rack 2. Bring them into Shotcut & use the mic track to align. Not using OBS for recording audio helped me to resolve some audio driver conflicts (although the Motu loopback feature largely mitigates this.)

I’m using a focusrite 2i2 solo. It just sounds so muffled and muddy, unlike my recorded rack 1 patches. I usually record audio and video in obs then bring it to shotcut to add fades etc. I could go that route of just synching the video and audio like what you mentioned, but I would like to stick to the workflow that I started with, which was the former…

Recording and streaming Rack 2 with OBS has been fine for me. I’m using Windows 10.

This audio was recorded by OBS (48 kHz), and I added the extra visuals later in Premiere Pro. 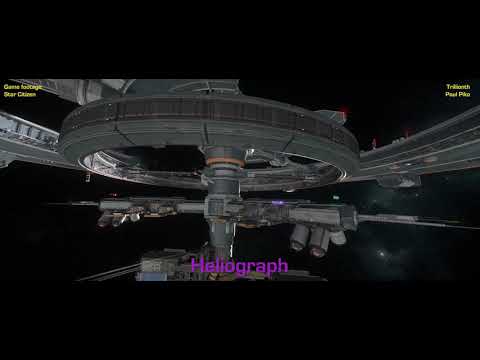 Nice patch! I’ll uninstall/re-install obs and see if that does anything. I find it odd that I haven’t changed any settings in obs, but when I started recording Rack 2, no sound was playing and all audio settings in obs are on default everytime I open it, which wasn’t the case when I was recording using v1. And recording v2 sounds so muddy and distant.

Haha, I spoke too soon - just got updated with the Recorder module! Yay!

Yes, just got it