I have bought many plugins since the launch of the vcv rack, modules of the pluging manager and some others outside, I have seen as a couple of developers of plugins that I bought left the development (animated circuits and blamsoft) and I do not know what the status is for the development of that plugins in the version 1, luckily I do not bought any of friedrichsaudio (who irresponsibly keeps selling them in gumroad) since gumroad does not allow me to make purchases with paypal

I think all that is must be clarified and there must be guarantees for us users, I think the vcv rack must find a way to support the users and developers.

Definety you can’t redistribute anything, this goes without saying.

irresponsibly keeps selling them in gumroad

how is this unresponsible?

There are some notable distortions (Apple’s possibly-anti-trust-violating-but-they’re-too-rich-to-be-sued walled garden monopolies on iOS), and those distortions are often considered to be the ones acting out of order.

I have bought 0 of my VSTs from Steinberg, and as far as I know Steinberg hasn’t received a cent in royalties. (Actually, I don’t use any of their products because of heavy DRM in the first place, …) Yet I can go to any audio forum, and walk openly with nary a supposed ethics violation claim in sight.

I now suspect you mean because he knowingly has no plans to upgrade to 1.x, so the modules being sold have a rather short shelf life remaining.

I think all that is must be clarified and there must be guarantees for us users, I think the vcv rack must find a way to support the users and developers.

I don’t see that there can be any way to guarantee the future maintenance of plugins.

Failing to maintain plugins that you have sold reflects badly on the developer of those plugins, not on VCV.

Failing to maintain plugins that you have sold reflects badly on the developer of those plugins, not on VCV.

To a point. Maintenence windows eventually end with all things.

I’m confident that all commercial plugin developers currently on the Plugin Manager will port their plugins to v1. I can’t say about the three vendors you’ve mentioned, but you can ask them.

who irresponsibly keeps selling them in gumroad

He can continue selling plugins for Rack v0.6. Only commercial v1 plugins must obtain a commercial license or be sold on the Plugin Manager.

Unfortunately I can’t make guarantees like this, since it involves requiring the developers to continue living, continue being a software developer, etc.

Let me know if you have further questions.

Definety you can’t redistribute anything, this goes without saying.

why ? You can not open a lawsuit if you do not warn it first.

Unfortunately I can’t make guarantees like this, since it involves requiring the developers to continue living, continue being a software developer, etc.

of course, but you know, I sell 3d models and plugins and the online store where I sell them requires me to support during the current version of the software or I should put them out of sale (this is the famous ethics that you evoke, yes, sometimes is a bitch ) if I do not give guarantees I could sell an empty file and say that it is a complete model and whoever buys it is screwed. death is an exceptional fact that can be predicted in the exemption of responsibilities. (I m talking about the payed plugins the open source and freeware plugins could be distributed without garanties )

perhaps you said that before, but to me is the first time that I read that.

who guy open the plugin folder? and why? (I think you must advise -perhaps in the rack manual - that the license is in the plugin folder and change the file extension to ,txt I m not sure if all the os can read markdown with the Tex editor by default)

how is this unresponsible?

I know that , but my point is YOU MUST SAY IT

I own a renoise 3x license and they guarantee support until the 4x , this is not mandatory for the vcv rack pugins, but it is a plus, and many others plugins and software that I own , all them have a clear license, guarantees and exemption of responsibilities 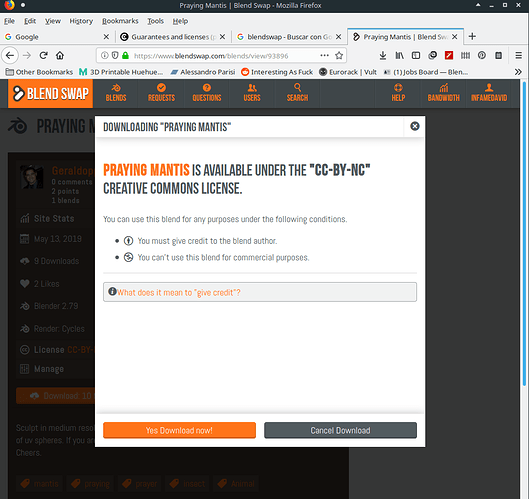 why ? You can not open a lawsuit if you do not warn it first.

I own a renoise 3x license and they guarantee support until the 4x , t

Yet that doesn’t guarantee that there will be future versions.

I think it all depends on how it is handled by the developer.

Linplug closed its doors a couple of years ago because Peter retired. He announced that there would be no further updates and that after a brief half price sale his plugins would no longer be sold. I recall that the vast majority of people thanked for him for his long service to the community and wished him well in his retirement.

By contrast, FXpansion (well, ROLI now) announced last year that they were discontinuing any further support for half their catalogue (stuff that doesn’t suit ROLI hardware I guess), whilst continuing to sell them. People were livid.

However, it is really a matter of perception. The problem is more that once people announce there will be no further support, which some might think is the responsible thing to do, the flak starts flying. Large numbers of products are just left to wither though and become abandonware. Maybe as much flak is generated but it is spread over a far longer period.

Back to the point here, I do think the timeframe is relevant. Rack is not yet at version 1.0 but developers have sold plugins and users have bought them. I think there is a reasonable expectation that those plugins should be updated to version 1.0 before becoming abandonware.

I’m not entirely sure if it’s the law to send C&D’s prior to taking action. But it’s cheaper than litigation in the off chance the other person shrugs and obeys.

Obviously no developer giving away free plugins is going to “commit” to updating them in the future. If that’s a big concern, then it’s probably a good idea to stick with plugins that are updated fairly often, have open source repos that are updated often, developers are here or on facebook, or all of the above?

I’m not going to commit to anything, but Squinky Labs plans on sticking around for a while. We’ve had 1.0 versions of all our plugins for several months.

Echo that Bruce, Imrpomptu Modular and Geodesics are in it for the long haul as well!

Don’t put money into things you’re not willing to possibly have to let go when updates come along and they’re left behind. That’s just life. It would be equally silly to complain you can’t get Rack to run on Windows 95. Things move along, and people move on.

If nothing else, anything made for 0.6 should at least always work for 0.6. Feel free to stay behind with them if you need them that much.

Ah, of course, silly me. It’s the customer’s fault

I suspect the guarantee question is more to do with things we pay for, more than things we don’t. The open source plugins there is always the possibility (though perhaps not often realized) to upgrade it yourself, or get someone else to. The closed source ones aren’t like this.

I also suspect some developers don’t want to open source dying modules for one reason or another. There are some semi-valid reasons for this:

To which, there really are not any. A stable API is probably your best bet to the longevity of purchased plugins (some of them have stated they will update their paid collection to 1.0, even though they are otherwise divested from the work.)

It might be theoretically possible to have a working group that did the rare maintenence upgrade on behalf of a retired/exited developer while keeping their closed-source obligations in tact, but for this you would need a corporate entity interested in doing it (they would likely end up having to charge upgrade fees, then pay licenses back upstream) as well as mutually trusted by the users and the devs.

In some ways GOG tries to do this.

this is why developing plugins (and software in general) as open source from the start is the best course of action. i applaud @Vortico for his vision.

A simple economic argument of why commercial plugin developers on the Plugin Manager will likely update to Rack v1: The profit difference between migrating to v1 and not migrating is 1+ year of sales. The effort difference between following https://vcvrack.com/manual/Migrate1.html and doing nothing is on the order of an hour. This is likely the highest hourly wage anyone has made in their life, so there would need to be a very exceptional reason for developers not to do this.

this is why developing plugins (and software in general) as open source from the start is the best course of action.

I believe that if commercial developers release an open-source or freeware plugin of any form, they are much more likely to make more sales due to word-of-mouth and brand reputation. Vult, AS, Hora, a few others, and of course VCV do this. But this is one of many methods to market your plugin, not saying it’s the only way to make a commercially successful plugin.