Hello all. I have only just discovered VCV Rack which is exactly the kind of music software I have been dreaming of for ages. I have been interested in computer generated music for many years but I never managed to create anything worth sharing.

Probably like many others here “Switched-on Bach” was my gateway drug, so to be able to play around with a modular synth on a PC is a dream come true.

After watching quite a few tutorial videos I would like to share my first two simple self-generative patches.

I called the first one " Depressive Hawaiian Guitar" because this is what it sounds like. By playing around with the Nozoid SIN AM oscillator I discovered a setting that created a nice rhythmically pulsating stereo backgound just on its own. I put an aleatoric melody on top also using the SIN AM with different settings. To make it more interesting I FMed both oscilators with a slow sine wave which resulted in the Hawaiian guitar effect. 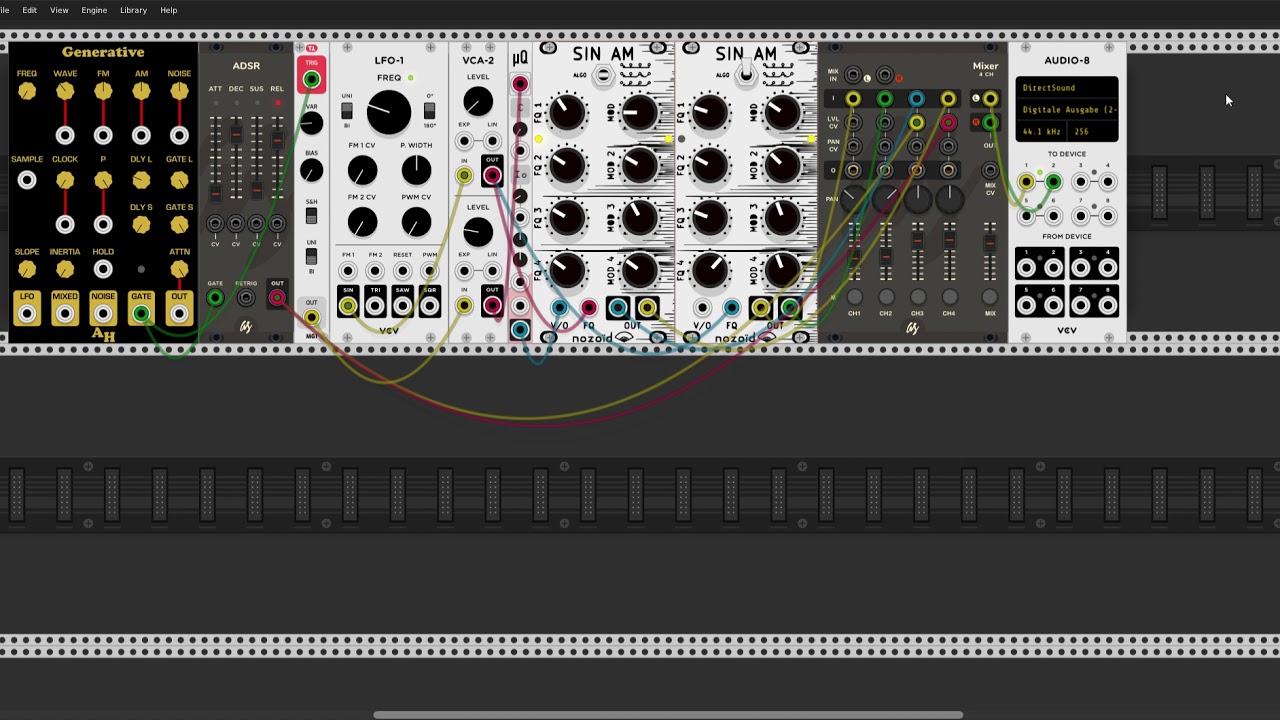 The second patch is loosely based on Omri Cohen’s tutorial video about generative patches. I also used the NotSeq sequencer, but simplified by not using “Rampage” and “Pulsars”. The main clock is very slow with only 15 bpm in order to create a very slow ambient track.

The sequenzer is randomised by the clock every 32 steps, so it never plays a step twice (except of course it shows up by random…) This is as random as you can get, I don’t see the benefit of adding additional randomisation triggers as is suggested in the video.

I take two pairs of stereo voices from the sequencer, all using the Basal oscillator. I put the second pair two notches up so the voices will be triggered less often. Oscillator settings and envelope are a bit more accentuated, in addition I tuned the lower voices an octave down.

I also used the double delay and the Plateau reverb after the mixer. But to make things more interesting I modulated the time setting of the delay with a very slow sine wave. This creates a change of passages with more agitation and more quiet ones. 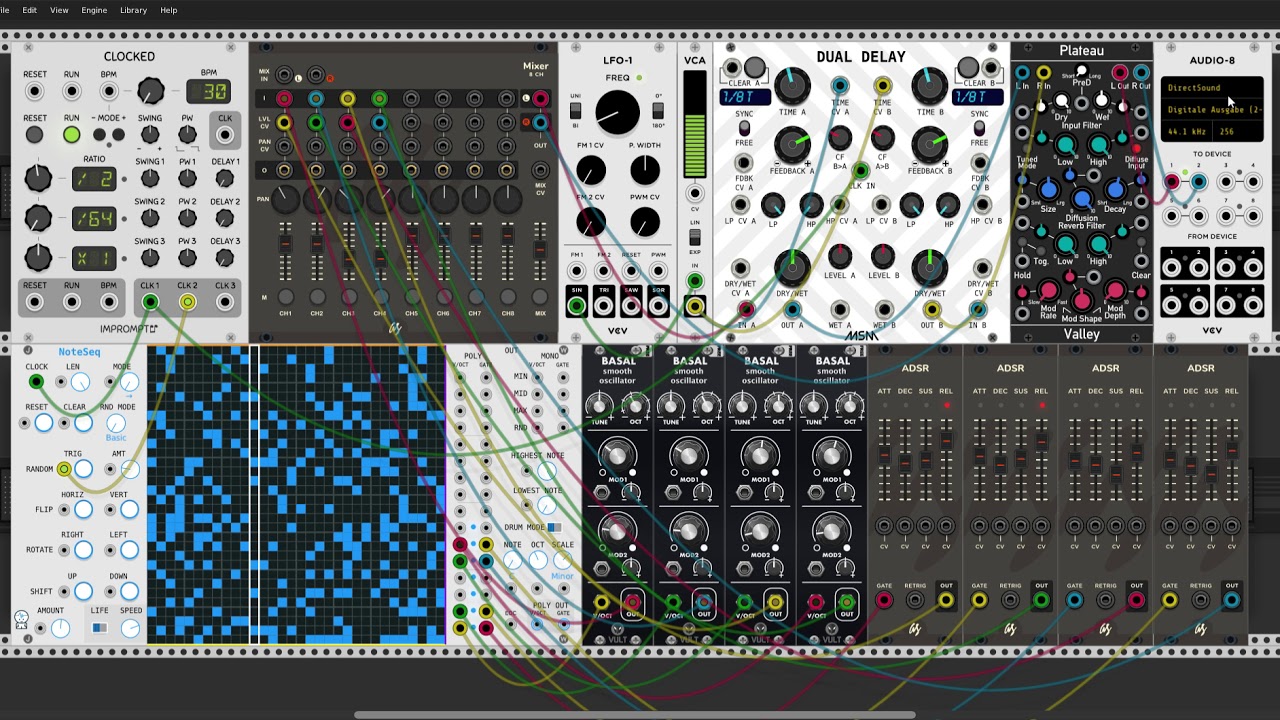 I want to thank the programmers and all contributors for this fantastic piece of software!

Hey @olikli, welcome to our forum - kudos for your first Rack patches and thanks for sharing!

Generic reminder: patches can also be shared by uploading .vcv files here, or to patchstorage.com (when one wants other people to download, study and modify them. Of course this is not always the case)

Welcome! I like the second one, very nice, keep going.

I have tweaked and expanded the ambient patch. I uploaded it here for those who are interested. First I added a little vibrato and flanger effect to the upper two voices, then I added two top voices that play a triplet created by a burst generator. The envelope outputs are dimmed by a falling sawtooth connected to a VCA, so the volume of each subsequent triplet is reduced a litte to make it sound more musical. The two sequencer outputs that I had originally left open were used for voices with a gentle chorus effect. Both the vibrato and the chorus feedback are modulated with the slow “agitation” sine wave.

That’s it for this patch. I hope I haven’t overdone it here.

But it’s only a little excercise anyway. 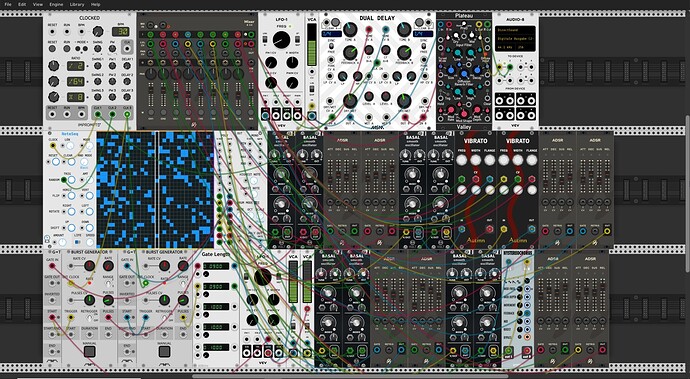