Over the past two years I have been working on my plugin DanTModules, and I feel like I have reached a point where I want to explore new ideas without the baggage that plugin implies.

Whilst the modules in that plugin are robust (only found & fixed two bugs so far) and provide things not found in other plugins (I hope, its difficult to tell how popular the modules are), its development has taught me a lot, and I want to leverage that knowledge into higher quality output. This will be easier to achieve when not constrained by decisions I made previously (mostly technical implementations that seemed beneficial at the time by reducing the amount of code I had to write).

With that in mind I decided to start prototyping modules in a new plugin. My goal with these new modules is to work on ideas I have and polish them up to a high standard, potentially leading to a paid plugin release in the future (still deciding on this part, obviously getting paid for my work is nice, but I don’t know if I have the spare time to dedicate to supporting a commercial plugin, I am posting this during my lunch break for example).

So I’d like to get some feedback on these prototypes as I work on them, I will post releases here in this thread, please give them a try and report any bugs for me

I am also interested in functionality and usability feedback, such as;

I am not really looking for design or visual feedback, these will be prototypes with minimal panel designs and documentation, fancy panels and good documentation would hopefully be a benefit of a paid plugin.

I would also love to hear from anyone that has used my current modules and has ideas for how they might be improved (yes I know better antialiasing is always going to be a thing), or features that might be missing or complimentary.

In this build there is one prototype module called PolySplice

This is a new polyphonic version of my previous module 5Splice, that is a switch with slew of up to 5 seconds.

The module from top left to bottom right consists of:

Here is a little example patch you might use to kick things off: v202DanTNuMetalBeta-PolySplice-Example.vcv (2.3 KB) (Be careful when switching the polyphonic mode in this patch, 16 channels of audio from Plaits can get loud!) 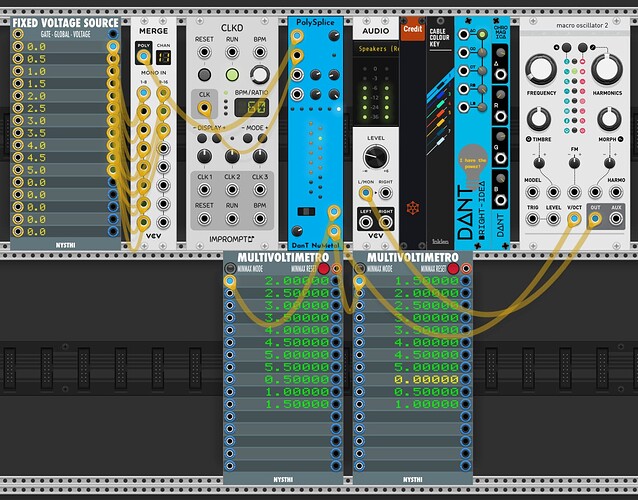 I did find what I think is a bug. It seems a slew to the next signal in the chain can be triggered without a trigger being sent to the Trigger input port.

How to replicate this using this set up:

Hi, thanks for the feedback!

Yes, as I mentioned in the initial post, these are prototype modules, so it is minimum viable product development to enable testing. Once the module design is stable, then I might start adding the additional features. Having said that, I have added more information to the plugin.json file.

Indeed, for prototypes I am drawing the panel programmatically so that I do not need to spend time working on SVGs whilst the module is still in design flux. The layout is subject to change during this design phase, so changing the SVG every time would just slow me down, especially if the width of the module changes.

Any specific reason? A knob allows the user to right-click and input the desired advance mode directly, a button would need a custom implementation and would require multiple clicks to get to a specific mode.

Why do you suggest this? I see that if you modulate the advance mode at high/audio rates then it is hard to understand which mode is currently active, however to me there doesn’t seem to be a reason that you would want to modulate this mode at high rates?

These are just the stock VCV lights, they look the same as lights on all the VCV modules don’t they? Obviously once I start adding the panels I will consider custom graphics for all the module controls, but for prototyping I’ll stick with these.

Typically I set my CV inputs so that 10 volts is equal to the maximum parameter value. This means that if you use a unipolar LFO you can modulate the parameter through its full range. This also means that if you were to use a bipolar LFO from -5 volts to +5 volts on a bipolar parameter, using the attenuvertor you can also scale this up to match the full parameter range as well.

Whoops, this is a bug, I actually forgot to scale the CV inputs to match the parameter ranges, should be fixed in the new build.

Manually change the Slew knob to a longer time. The module will “slew” to the next signal. Not what I expected as I didn’t send a trigger?

This wasn’t intended either, the bug was that I wasn’t explicitly turning off the slew once it reached the target value, so manually changing the slew to a longer value caused the slew to resume from where it was left. This should also be fixed in the new build.

Any specific reason? (I would prefer a button to move between the different Advance Modes)

To be clear, I don’t mean replace the knob to select the Advance Mode, but including a button as well would be faster sometimes, I think? Maybe working how synthesis mode select buttons on the Audible Instruments Macro Oscillator 2 (aka Plaits) work?

Another idea is to keep the knob but have a button under each light to quickly select that mode directly? Something like in the mock up image below?

Why do you suggest this? (Maybe make the “fade” time of the Advance Mode indicator lights faster?)

Please ignore this one. After playing with the module for a while, this is fine as it is.

These are just the stock VCV lights, they look the same as lights on all the VCV modules don’t they?

Thinking about this, I can just zoom in to the display. Please ignore this one as well. Apols.

This should also be fixed in the new build.

Edit: Forgot to say. This is a great idea for a module. I can see this being useful for all sorts of things, like:

including a button as well would be faster sometimes

Using a drop down menu, while not very “modular like” is extremely effective for this. And of course no need for knobs, buttons, lights.

Small update to v2.0.4 adds a reset input to PolySplice 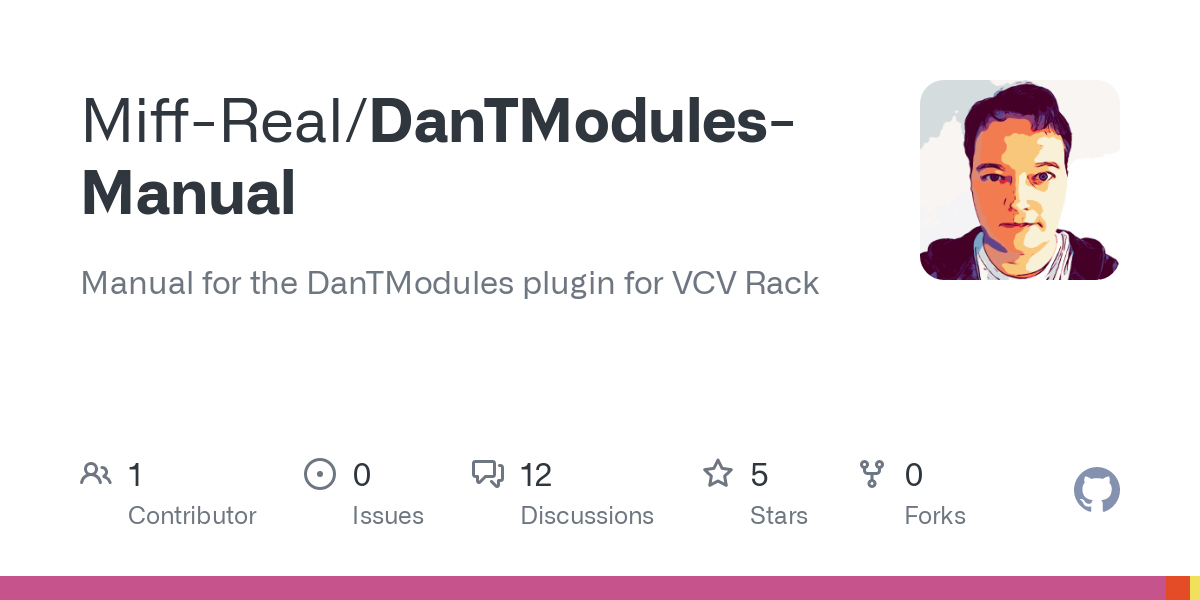 Manual for the DanTModules plugin for VCV Rack. Contribute to Miff-Real/DanTModules-Manual development by creating an account on GitHub. 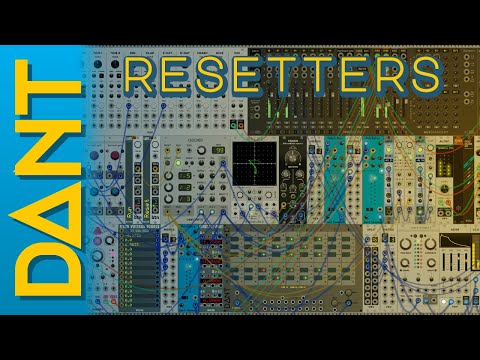