Actually, I think a better way to create a performance interface would be a matrix controller like a monome. There would need to be a vcv rack module that would be the software counterpart, a software routing matrix. I could then in realtime be able to send signals to various parts of the matrix and control modulation as well. Then have a smaller MIDI controller to handle more global performance settings.

I created my INTERMIX module for that. Feel free to try it out and let me know what you think

Yes, good reference! It would be amazing to be able to create a custom MIDI interface like what the MidiLar guys are doing https://midilar-controller.webnode.sk/ but with the possibility to control knobs and switches but also how the VCV Rack modules are patched. The Korg MS20ic interface does that in a nice way, but creating such a tangible interface for VCV Rack is much more challenging since there are so many modules… It would need a more generic protocol to map MIDI information to patch connections.

I agree the “real” MS20 would be indeed better than a computer with the virtual version of it plus a physical MIDI controller as big as the original synth. But I disagree a virtual system like VCV Rack is better than a real modular setup. The mouse and screen interface is not the ideal one for playing modular synths. It is better than the hardware modular because it is lighter, easier to transport not to mention how much cheaper it is… But the tangibility of knobs, patch chords and switches are much better for making music…

With a physical MIDI interface for VCV rack we can have lighter systems to carry around, cheaper than the original modules and with a much better interaction experience.

The MIDI controller with real cables to patch the modules was just one exemple of what could be done if there was a protocol to control the patch connections through MIDI. There could be a physical routing matrix with a monome-like controller or many other possibilities of research on new interfaces for modular synths. What I want to know is if this protocol already exists or how hard it would be to implement it. How does the software handle how each “CV” connection is made through the modules?

I don’t know enough to answer your questions, but have you looked through the development tutorial or the Rack API docs?

This topic has been discussed multiple times before.

Ok, here is my crazy idea: i want to make midi controlled cables… so, by that i want to make a plugin, that if it receives midi cc 14 (usually undefined) with a value of 100 for example, and another midi cc 15 with a value of 101, it will connect a cable between 2 modules… I will assign value 100 and 101 to a specific module and a specific input or output of it, so, the module that send the midi cc 14 will be connected with the midi 15. Finally i want a midi controlled cable, going from the “ho…

Is there, or will there ever be a way to programmatically add wires between different modules? I am thinking about the possibility of using a lauchepad pro as a sort of mod matrix. Although that would require some other functionality as well,

Thank you Ben for the references. I started this topic because I couldn’t find any posts about this issue. I will read them as soon as I can

These solutions are really good and is already good enough for my first prototypes, but I was thinking how hard would it be to implement a more structural solution similar to hardware MIDI synths that can control any parameters through MIDI. It would be amazing if the VCV Rack could have a SysEx Id where the data could be organised with specific values for each manufacturer and for each module and each knob, button or patch connection could be controlled through a unique SysEx message that could be directed in both ways. It could open new possibilities for hardware products that could be made specifically for each module.

I believe each manufacturer and product already have IDs that could be used for that, and I know each knob and button is already ordered by the system so it would be easy to implement such a protocol, wouldn’t it?

This could lead to the invention of many completely new interfaces for Modular synths that could then be appropriated back to the hardware modular synth World. Interfaces like the Reactable for example could be programmed to control VCV Rack, wouldn’t that be amazing?

I don’t think designing some sort of MIDI protocol should be too hard. The main challenge will be how to address specific input and output ports of modules that can change any minute. Even if you could answer this question from the technical side, how would an user know which port on his hardware device is mapped onto which port in Rack? This is already a challenge right now with parameter mapping and would be even more hard to handle if ports and cables are involved.

You may want to look at these two projects:

Modiy is an open-source hardware interface for modular synthesis. - buzzinglight/Modiy

Nice! I will check these out

The idea would be to develop specific hardware MIDI interfaces for each (or a group of) specific modules. The idea of SysEx messages for controlling parameters is to have a specific set of controls that are Exclusive to each functionality of each system.

This wouldn’t be a solution for a general purpose MIDI controller to control the parameters of a module in VCV Rack.

If you want to use generic MIDI controllers as a VCV interface you would have to pre-program each setup as you usually do with the Midi Mapping module and the matrix switches.

The SysEx implementation would be to stimulate hardware interface developers to create specific modules for each (or a group of) VCV Modules, which is a lot!!

hey @tragtenberg, did you get any further with this? I think it’s an interesting concept.

Hey @spacepluk, sorry for the late reply, I am now looking for a way to get email notifications on this thread… About this idea, I haven’t put forward yet. I have rethought that it may be more interesting to use the regular MIDI-MAP approach. The whole SysEx standardization in VCV Rack will require an immense effort without being useful. Even if it would be implemented, to use a MIDI Controller connected to Rack through SysEx, it would also be necessary to load the modules the first time. The MIDI Mapping to each parameter could also be done just once, so I don’t see why to use a new SysEx standard with one standard message per module parameter. I also saw that there were a lot of replies in this thread (also without email notifications…) 14 bit midi in 1.0?, where @stoermelder has just done an implementation of high res CC in MIDI-CAT, which is already the best midi interface module in the Rack. I will test it and as soon as it works I will gladly carry out this idea. The modules could be made to look just like the software interfaces, but maybe it would be more interesting if they could be remapped to different uses, being able to have presets on the controller to play different patches.

Using a hardware MIDI controller would be great for changing patch cables. I realize there is no hardware controller that addresses...

I have just had an idea about this. Uh oh. I’ll prototype it and start a new thread if it pans out, but in the meantime I’m wondering if @stoermelder T7 is still at the forefront of programmatic Rack cable MIDI control. Does anyone know of anything else (in the Library or under development?)

Edit: It looks like Midilar has made some progress in this direction. Anything else? 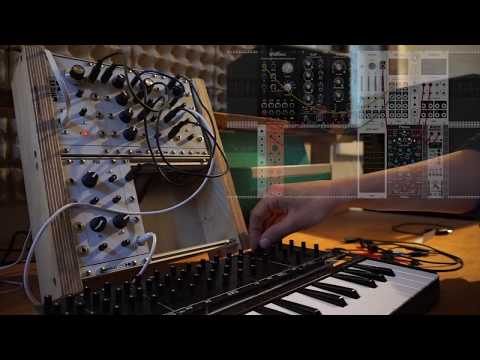 at 0:29 the added hardware cable appears on the screen

Yes, Jakub of Midilar is using my modules for his hardware. I do not know of anybody else developing something for cables and MIDI.

But if @Omri_Cohen hasn’t made a video of it, does it actually exist?

@Omri_Cohen already made a video about this topic: 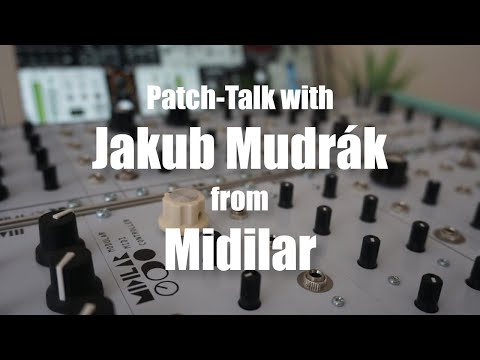 3 Likes
How emulate cable disconnection in module?
next page →